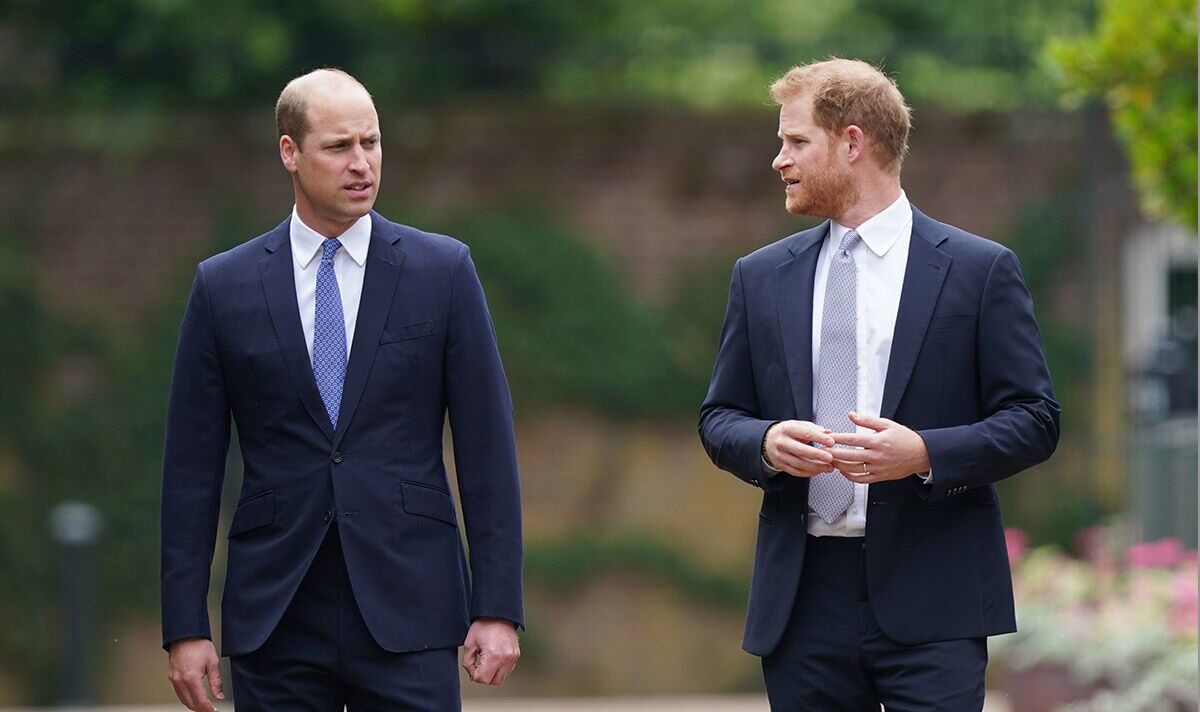 Prince Harry and Prince William’s relationship still hasn’t been mended after the last two years of tension, and one royal expert believes the Duke of Cambridge fears he is running out of options. According to royal expert and author Ingrid Seward, William feels “there is nothing more he can do” She told the Mirror: “Despite appearing to do so, the two boys never got along particularly well. They sat together for TV interviews on their joint causes joshing with each other but they were never very good friends. “Kate went a long way to encourage their relationship and although William has always looked out for Harry, he feels at the moment there is nothing more he can do.

William and Harry used to be incredibly close until the Duke of Sussex brought Meghan Markle into the royal picture.

The Duchess of Sussex struggled to adapt to royal life, and since their departure from royal life in 2020, the family split has only widened.

Perhaps surprisingly, journalist Bidisha claimed in a documentary titled William & Harry: Princes at War, released July last year, that the Duke of Cambridge was actually jealous of his brother.

The comments came after William and Kate started their own Youtube channel.

She said: “I suspect William has a bit of sneaking, envy and admiration for his brother Harry. He probably envies Harry’s 21st-century quality, his emotional intelligence, his easygoingness.

“You see their YouTube channel has got their family life, they’re saying to people – ‘We’re a mum and a dad just like you. We go through the same emotional journeys that you do’.”

Vanity Fair royal correspondent Katie Nicholl added: “I think what you’re seeing is the Cambridges and their team really, tactically, tapping into the millennial generation, which of course will be their subject when they’re future king and queen.”

During the Queen’s Platinum Jubilee celebrations earlier this month, William and Harry sat on opposite sides of St Paul’s Cathedral.

This week, the Daily Mail reported spoke to some of William’s “friends” about the brotherly tension.

One friend said of William: “He alternates between grieving for what he has lost and feeling really, really angry about what his brother has done.

“He truly loves Harry and feels he has lost the only person, aside from his wife, who understood this strange life of theirs.

“But he believes there are things you just don’t do. And Harry has 100 per cent crossed that line.”