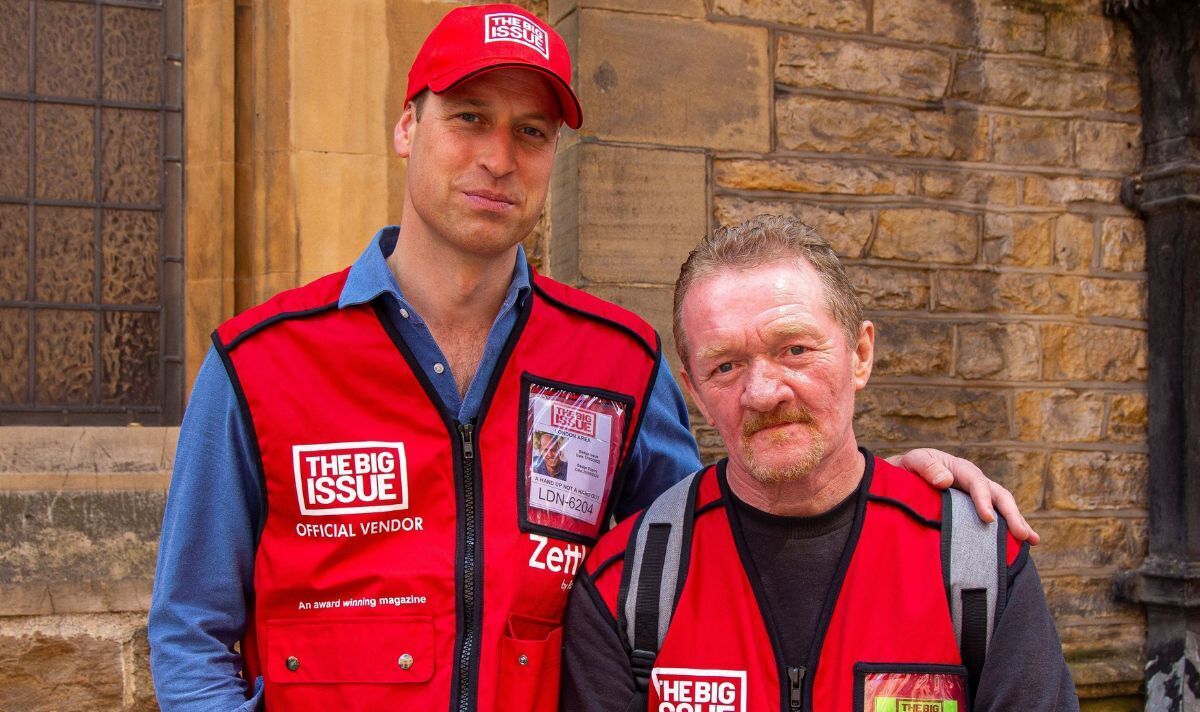 The Duke of Cambridge was pictured with his arm round magazine seller Dave Martin in a photo released on Monday night after he vowed to step up his campaign work to help tackle homelessness.

Mr Martin took William under his wing earlier this month and showed him how to sell the Big Issue magazines that give an income to people who are homeless.

The publication has provided a living for 105,000 vendors who have earned £144million since it launched in 1991.

During the day, people noticed the future King and a queue of customers quickly formed, with the pair selling 32 copies an hour – which would normally take Mr Martin a week to sell.

The father-of-three is celebrating a milestone birthday this year and to mark the special occasion, he promised to continue raising awareness on homelessness in an article written for the Big Issue.

He told the Big Issue seller: “I felt my birthday was a good opportunity. I wanted to make sure we were highlighting something that matters to me”.

The Duke, who appeared on the front page of the magazine, wrote: “So, for my part, I commit to continue doing what I can to shine a spotlight on this solvable issue not just today, but in the months and years to come.

“And in the years ahead, I hope to bring George, Charlotte and Louis to see the fantastic organisations doing inspiring work to support those most in need – just as my mother did for me.”

William has previously argued that homelessness is a “solvable issue” and not just a fact of life and argued that the cost-of-living crisis could make things worse in Britain.

Prince William Arthur Philip Louis of Wales was born second in line to the throne at St Mary’s Hospital, Paddington, at 9.03pm on June 21 1982.

He weighed 7lb 1 1/2oz and was the firstborn son of heir to the throne, Charles, and the Princess of Wales.

William met Kate Middleton at St Andrews University in Fife, Scotland, and the pair wed in 2011 after dating for more than eight years.

He was made the Duke of Cambridge by his grandmother, the Queen, on the morning of his wedding.