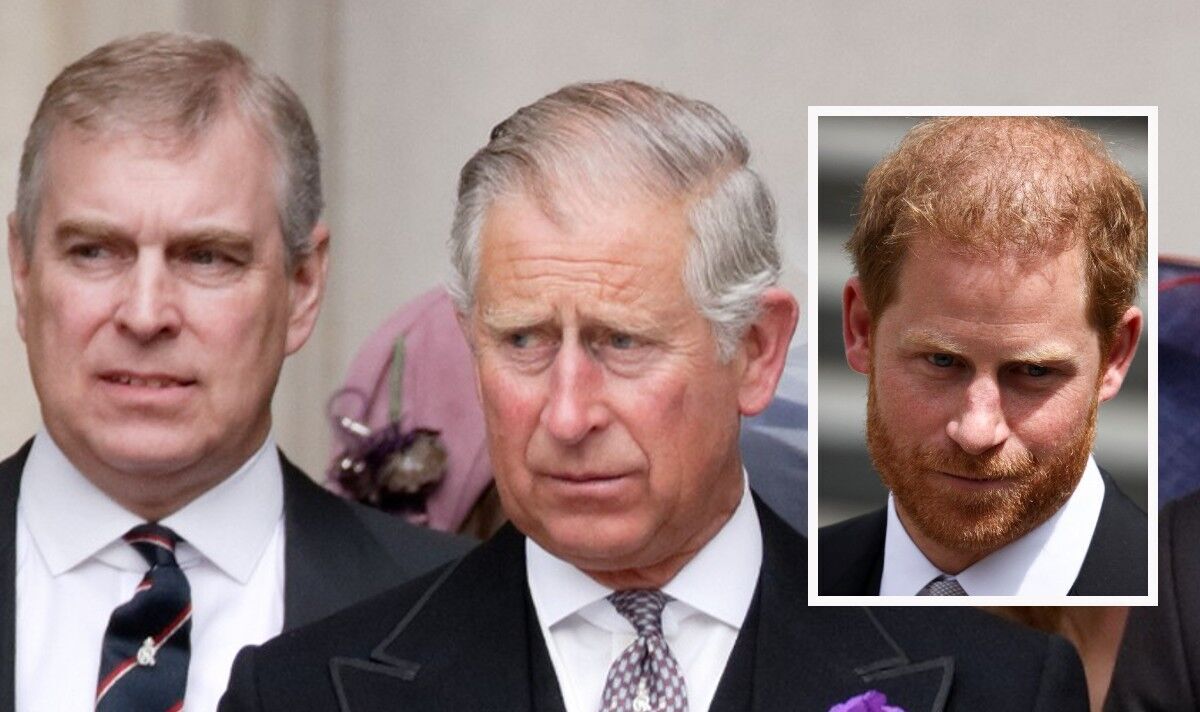 Prince Harry and his uncle, Prince Andrew, would find it “terribly embarrassing” to lose their remaining titles, including their positions as Counsellors of State, a royal expert has claimed. King Charles III used his first birthday as sovereign to present a request to the Houses of Parliament, which was widely seen as an attempt to sideline Prince Harry and Prince Andrew from any high-profile royal duties.

The sovereign argued for an amendment to the Regency Act to expand the ranks of the Counsellors of State, which would ensure “continued efficiency of public business, when I’m unavailable”.

He proposed that Princess Anne and Prince Edward be inducted into the ranks of the Counsellors of State, adding he would be “most content” to widen the circle of those able to take on the monarch’s duties.

Counsellors of State can deputise for the monarch in circumstances where the sovereign is unable to fulfil their obligations.

This may be due to illness, or if they are travelling abroad.

Currently, those able to stand in to temporarily take up the sovereign’s responsibilities, should they become incapacitated, are the Queen Consort and four other senior royals.

Counsellors of State are typically chosen through the line of succession after a spouse, on the condition that the senior royal is over 21 years old.

The current counsellors are Queen Camilla, the Prince of Wales, Prince Andrew, Prince Harry, as well as Princess Beatrice.

Rather than an elimination of Princes Harry and Andrew from their positions, the move would reduce the likelihood of the non-working royals needing to deputise for the sovereign.

“I think some people are aggrieved at how Harry had gone about treating his family.

“There was obviously an awful lot of support for the way he did leave the family and chose his own destiny, but I don’t think people agree with the fact that if you leave, you should then be able to deputise for the monarch.”

Prince Harry stepped back from royal duties in March 2020, as he and wife Meghan announced they wanted to pursue financial independence while supporting the Crown.

But their departure was confirmed in February 2021, and they then had their remaining titles and patronages returned to the monarch.

They can no longer use their HRH titles in an official capacity, and the same ability was stripped from Prince Andrew earlier this year.