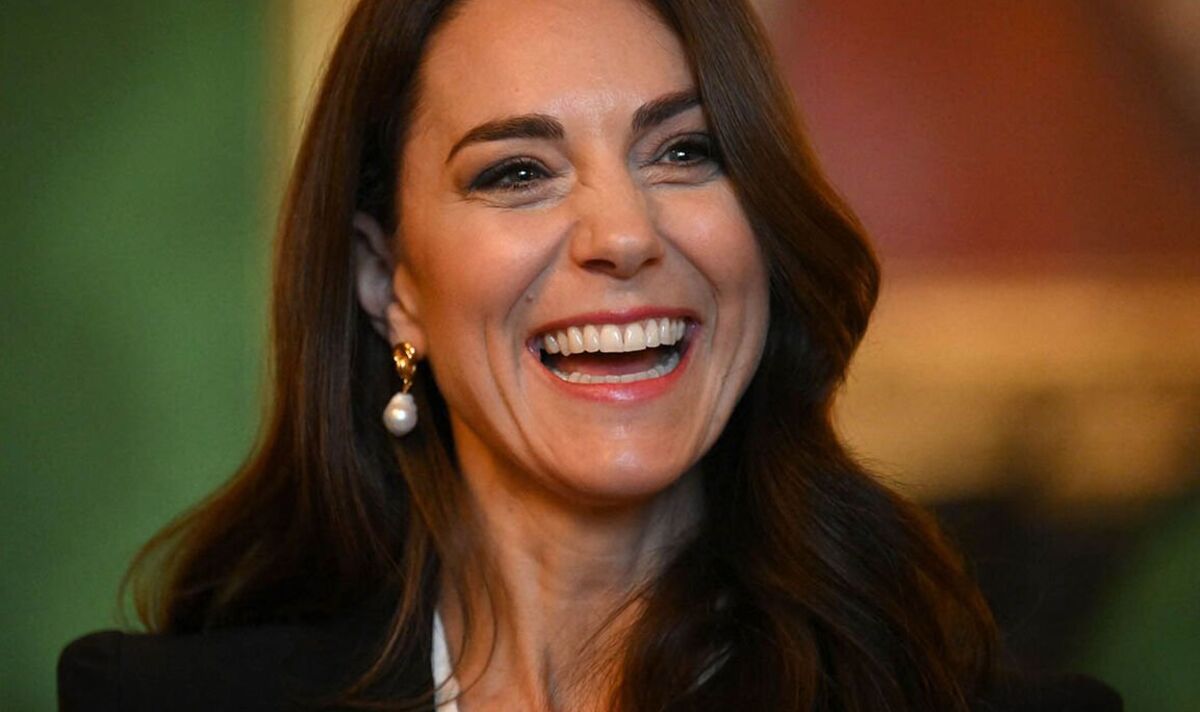 The Princess of Wales left her guests in stitches as she held a key gathering at Windsor Castle. Prince William‘s wife spearheaded this morning the first-ever meeting with a newly-created eight-member advisory group. The team includes experts from across academia, science and the early year sector and has been appointed to offer strategic advice to Kate as she carries out her legacy-making work on early childhood development.

The meeting took place at Windsor Castle, just a few minutes away from the Prince and Princess of Wales’ new residence, Adelaide Cottage.

Upon welcoming the group’s members with a handshake, the royal was heard saying: “Thank you for coming on a cold sunny morning.”

Her light joke left the meeting’s attendees in stitches.

The group has been designed to support the Princess and the Royal Foundation Centre for Early Childhood which she launched in the summer of 2021.

Together, they’ll aim to continue to promote the fundamental importance the first five years in a child’s life have on their development and future success.

The members have been chosen for their deep understanding and expertise in their areas of work, ranging from neuroscience, psychology, perinatal psychiatry and early year services.

Among those appointed are Professor Peter Fonagy OBE, the head of the division of psychology and language sciences at UCL and chief executive of the Anna Freud National Centre for Children and Families.

Amanda Berry, Chief Executive of The Royal Foundation – which includes the Centre, said of the expert group: “I know their advice and experience is hugely valued by the Princess, and the whole Centre for Early Childhood team, as we continue to drive awareness of, and action on, the transformative impact of the early years.

“The Advisory Group’s support in our key areas of research, collaboration and awareness raising will be invaluable and I look forward to working closely with them to make a difference for generations to come.”

The Royal Foundation was launched in 2009 by Prince William and Prince Harry as a base to support their charitable efforts and projects.

Following the nuptials of the Prince and Princess of Wales in April 2011, Kate was included in the Foundation.

Together, the three royals launched a number of important initiatives, including Heads Together – which aimed at breaking down the stigma surrounding conversations on mental health.

In 2018, the Foundation also grew to include Meghan, Duchess of Sussex, following her wedding to Harry.

The two couples eventually decided to split their charitable work into two separate entities in the spring of 2019 – but the Sussex Foundation was never launched due to the Duke and Duchess’ decision to leave the Firm in early 2020.

Kate’s work in the early years has included a collaboration with experts and relevant associations as well as a fact-finding trip to Copenhagen to learn more about the world-leading Danish approach to early childhood development.

In the summer of 2021, the Princess came together with US First Lady Dr Jill Biden to pen an op-ed in which they pledged to continue their work on the topic.