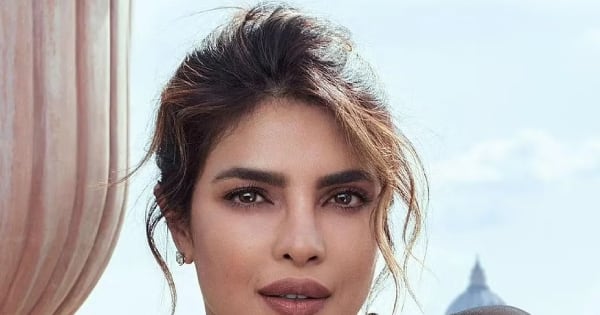 Priyanka Chopra opens up about her Hollywood struggle, ‘Been 10 years and I have just about…’

Priyanka Chopra is a global star! She is most popular in Bollywood and now she is also a known face in Hollywood. She started her Hollywood journey with Quantico and now she has been a part of many big films in Hollywood. She has worked with Dwayne Johnson and others in Baywatch. She has also been a part of The Matrix Resurrections. It’s already been 10 years since Priyanka Chopra made her way to Hollywood but the actress says that she is still a newbie in the industry. Also Read – Priyanka Chopra, Sonam Kapoor, Nia Sharma and more actresses who made jaws dropped in braless outfits [VIEW PICS]

Entertainment News: Priyanka Chopra talks about her journey in Hollywood

In an interview with Pinkvilla, she stated that even after 10 years that she is finally getting the kind of roles that she is interested in. She mentioned that she now has credible work and is getting to work with stars that she always wanted to. The actress was quoted saying, “As an actor, I am still new (in Hollywood). After 10 years of working here, I have just about reached the point where I am doing the kind of roles I want to, where I have the kind of credibility within the industry that I have worked really hard for, where I have trust with the partners that I am working with.” Also Read – Priyanka Chopra’s LA home is a mansion of your dreams; a look inside her luxurious home will leave you jealous [VIEW PICS]

Priyanka Chopra also mentioned that she is an achiever and loves challenges. She said that she is proud of all that she has achieved in Bollywood and would love to achieve similar success on Hollywood. Also Read – Priyanka Chopra and baby Malti Marie grooving to Sasural Genda Phool has just set our Sunday Mood right [WATCH]

Talking about her upcoming projects she has has Citadel with Richard Madden. She also has a Bollywood project in the kitty. She will next be seen in Jee Le Zaara along with Alia Bhatt and Katrina Kaif. Reportedly, this film is currently on hold as Priyanka and Alia are busy with their personal lives. Alia Bhatt is pregnant while Priyanka Chopra has embraced parenthood through surrogacy.