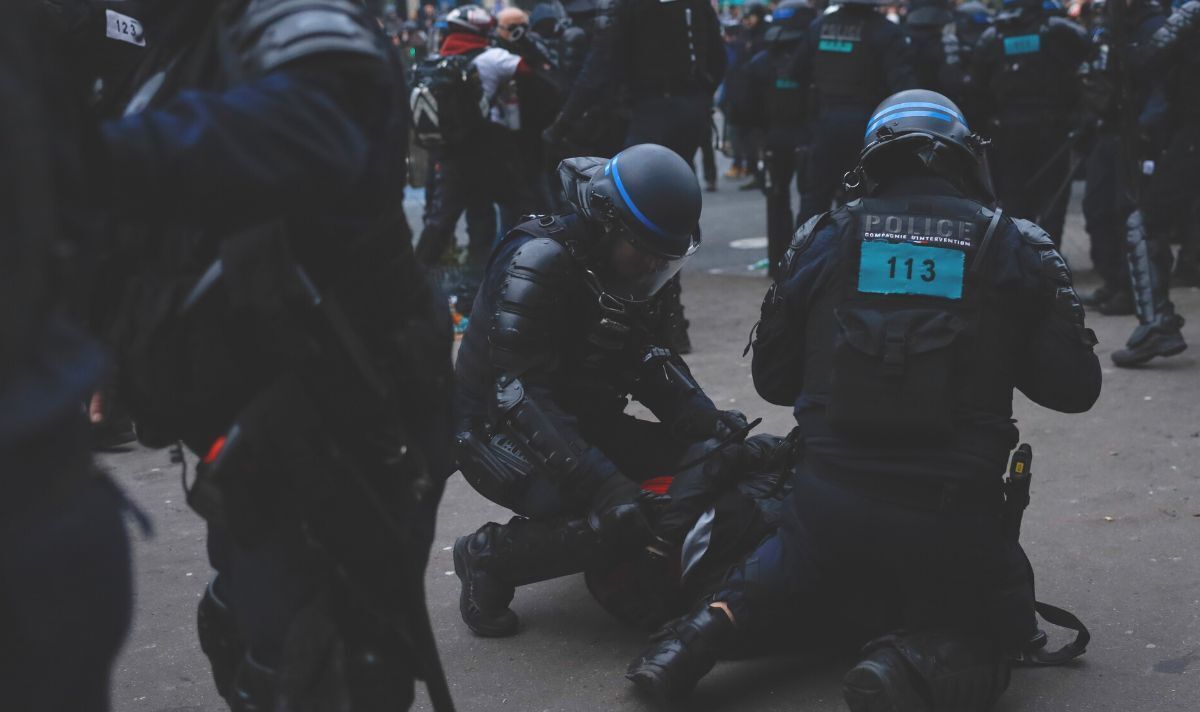 A 26-year-old man is reported to have been kicked in the crotch by riot police in the French capital during a demonstration against Emmanuel Macron‘s pension reforms last week. An investigation has been launched into “violence by a person holding public authority” after the protester was left seriously injured as a result of the beating.

The injured man, a French-Spanish engineer living in Guadeloupe, was allegedly first thrown to the ground by a police officer, according to his account reported on Sunday to AFP by his lawyer Lucie Simon.

Images and videos shared on social media show another policeman striking the young man who can be seen on the ground holding a camera.

After striking the man with a baton, the officer moves on.

The incident occurred amid clashes between demonstrators and police near the Place de la Bastille, where projectiles had been thrown and tear gas deployed.

The man’s lawyer said: “It was such a strong blow that his testicle had to be amputated. It was an extremely violent and gratuitous gesture that borders on sadism.”

He added: “It is criminal, we are not in a state of self-defence or necessity, as evidenced by the images we have and the fact that he was not arrested afterwards.”

The most recent change was the appointment last year of a magistrate to head a unit that investigates allegations of police abuse. Police officers previously led the unit.

The most controversial article, which initially limited video or other images of security officers, was watered down to make it a crime to identify security officers “with the manifest goal of attacking their physical or psychological integrity.”