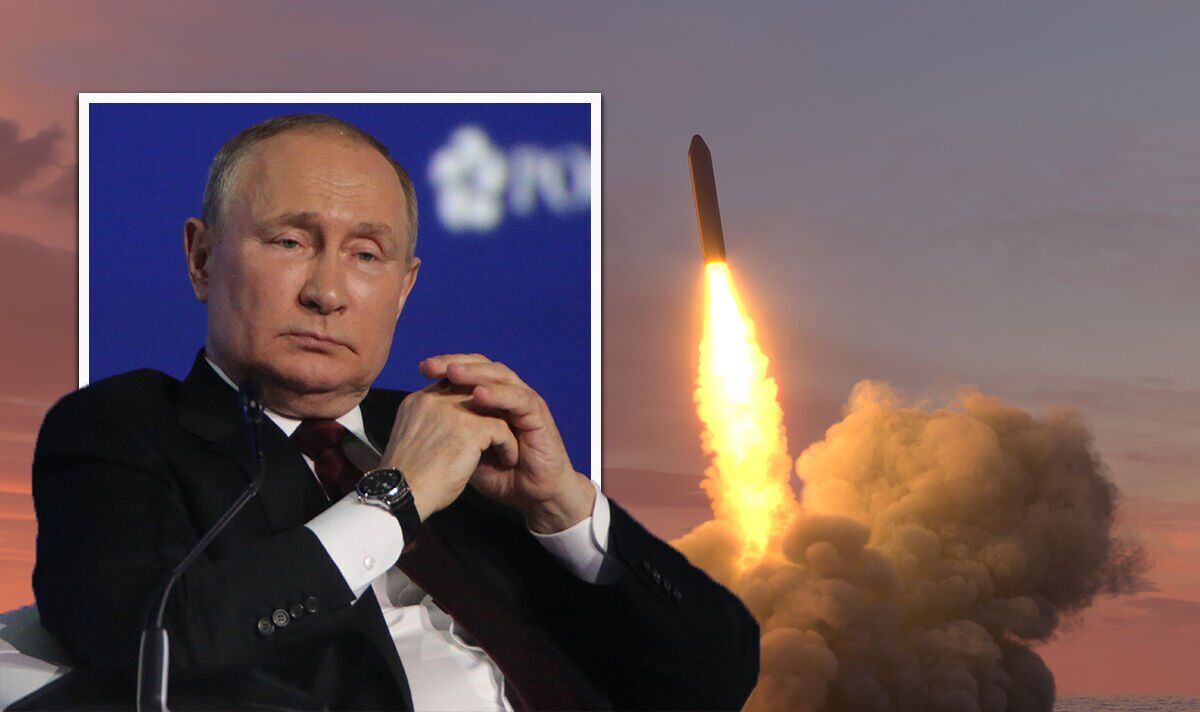 Amid countless nuclear threats, Russia has been testing a next-generation missile in recent months that Vladimir Putin claims can hit ‘any target on Earth’. This intercontinental ballistic missile comes in the shape of the RS-28 Sarmat, dubbed ‘Satan 2’, and the Russian President recently announced it will soon be ready for deployment – but what could it be capable of?

In a meeting at the Kremlin on Tuesday, Russian President Vladimir Putin said: “We will continue to develop and strengthen our armed forces, taking into account potential military threats and risks.

“Successful testing of the Sarmat heavy intercontinental ballistic missile has been carried out.

“It is planned that the first such complex will be put on combat duty by the end of the year.”

The missile, likely to be equipped with 10 or more warheads, is the successor to Russia’s Voyevoda ICBM, also known as the SS-18 “Satan” Mod-5, and is, according to Putin, powerful enough to make countries “think twice” when posing threats.

How powerful is the Sarmat intercontinental ballistic missile?

In a menacing remark, Russian TV presenter Vladimir Solovyov declared that “one Sarmat means minus one Great Britain”.

The RS-28 Sarmat is a super-heavy liquid-fueled missile and has been under development since the early 2000s.

Weighing more than 200 tonnes, Russia claims the Sarmat can reach an unmatched speed of 16,000mph.

While the RS-28 Sarmat can be launched like a regular ICBM, sending a payload high into the stratosphere before the warheads (potentially 10 or more of them) plummet back to Earth, it is thought it could also be capable of ‘Fractional Orbital Bombardment’.

A Fractional Orbital Bombardment System fires an ICBM into a low orbit of the Earth – much lower than a conventional firing – potentially in the opposite direction to the target.

This low orbit can give it a somewhat limitless range, making it hard to determine the intended target. And while it heads in the opposite direction around Earth, it may be able to evade missile detection systems.

After its last successful test flight in April, Putin said: “The Sarmat has the highest tactical and technical characteristics and is capable of overcoming all modern means of anti-missile defence.

“It has no analogues in the world and will not have for a long time to come.”

“This truly unique weapon will strengthen the combat potential of our armed forces, reliably ensure Russia’s security from external threats and provide food for thought for those who, in the heat of frenzied aggressive rhetoric, try to threaten our country.”