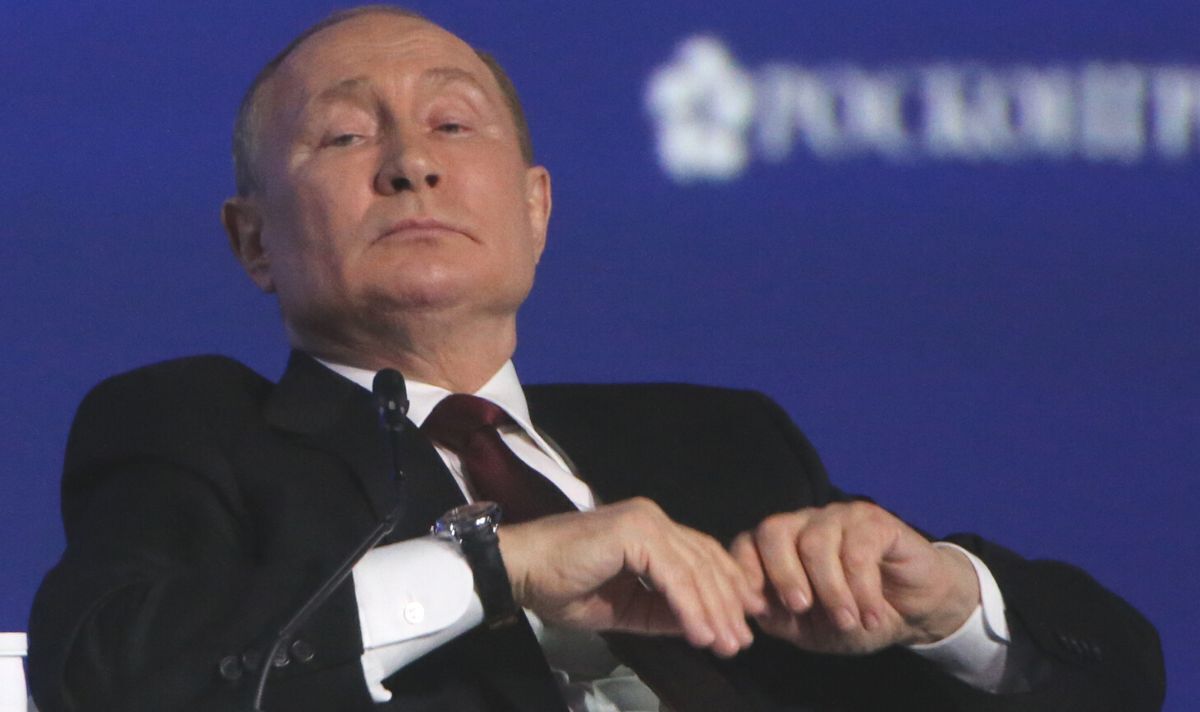 The Russian President was branded a “madman” by former Conservative MP David Mellor. Mr Mellor, who served as chief secretary to the Treasury under former Prime Minister John Major, suggested Vladimir Putin had been corrupted by his own desire for “absolute power.” His analysis comes as the Kremlin has renewed threats of nuclear strikes against international allies of Ukraine, including the UK among other European nations. Increased anxiety has been felt among military analysts as President Putin’s war in Ukraine rages on and Moscow’s threats of aggression against global nations continue to grow more severe.

“I think he really is a mad man and getting madder by the moment.

“If you ever want a good example of that, step forward Vladimir Vladimirovich Putin.”

The former politician suggested President Putin’s sanity had rapidly deteriorated as the Kremlin leader has aimed to expand his power by capturing Ukraine.

Mr Mellor also claimed that the Russian President’s renewed focus on nuclear threats could be linked to reports that Putin’s physical health is in serious decline.

He said: “If he really is dying of various diseases that have lined up to get him, would he like to take the rest of us with him?”

As explained by Mr Mellor, the only real defence against a nuclear attack from Russia is the promise of mutually assured destruction, meaning the UK would launch a nuclear counterattack on Moscow.

In the event of a nuclear launch, the defence of mutually assured destruction would effectively eradicate civilisation as we know it, creating a devastating loss on a global scale.

Mr Mellor suggested President Putin’s bold discussion of nuclear weapons is a signal of the Russian leader’s ill-health as he is acting with little consideration for his own wellbeing.

Analysts have suggested that Vladimir Putin could be suffering from some form of terminal health condition, evidenced by several symptoms observed during his recent public appearances.

President Putin has appeared pale and unbalanced, even shown to be walking with a limp during some official events, fuelling rumours that his physical health is not as strong as the Kremlin suggests it to be.