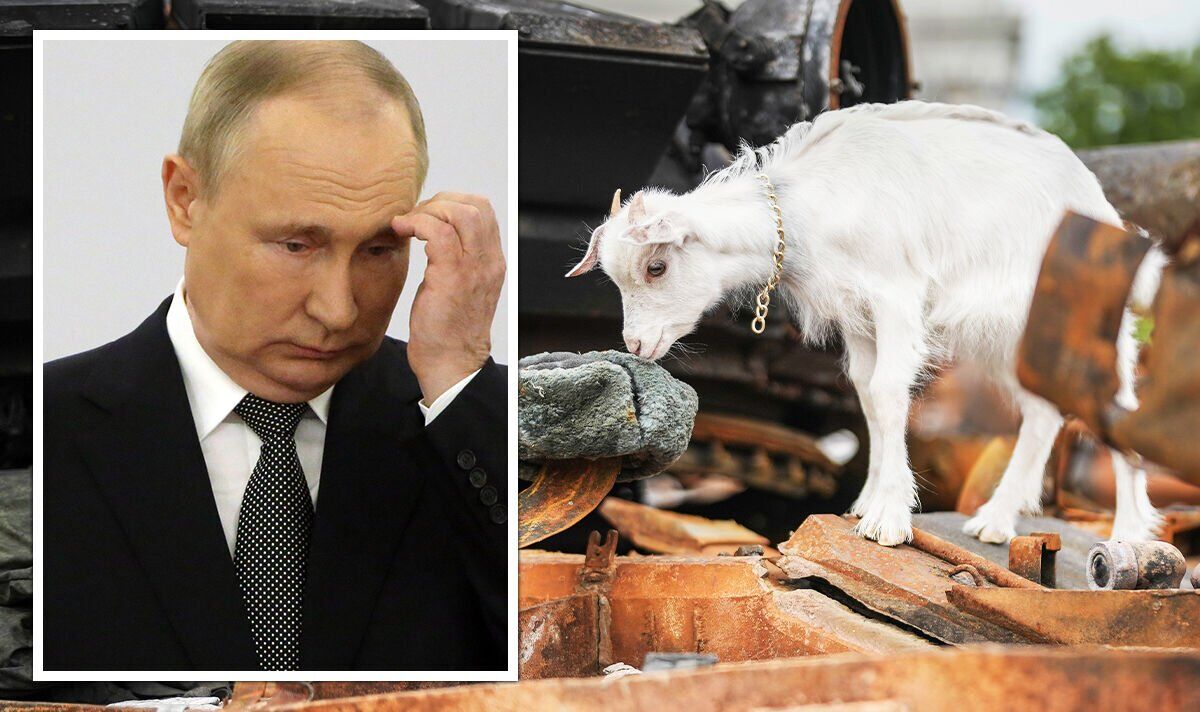 The animal launched a chain reaction of pinned grenades, reportedly injuring several of the 40 Russian soldiers stationed outside a hospital in the village of Kinski Rozdory in Zaporizhzhia Oblast.

The incident, shared by Ukraine’s Chief Intelligence Directorate, saw efforts by Vladimir Putin‘s army backfire: instead of hurting Ukrainian troops, they hit themselves with their own explosive weapons.

According to local media, the frightened animal moved chaotically around the area when it accidentally “disposed of” the shells.

After taking Kherson and Mariupol, Russian soldiers have ramped up their aggression in the industrial city of Zaporizhzhia, which has a population of about 720,000 and is the capital of the region that shares its name.

Moscow already occupies vast swathes of the region, and conquering Zaporizhzhia would allow its military to advance closer to central areas.

The region’s nuclear power plant — Europe’s biggest and the world’s ninth-largest — has been under the control of Putin’s troops since March.

According to the International Atomic Energy Agency (IAEA), the plant has until now been operated by its regular staff, although under intense pressure.

However, the mayor of the Ukrainian city of Enerhodar where the plant is located, said on Tuesday employees are being removed from their positions by force.

He said in a press release: “This mission is not a matter of wanting or wishing, it is an obligation on the side of Ukraine and on the side of the IAEA.

“The IAEA will go to Zaporizhzhia under the legally binding safeguards agreement that Ukraine has with the IAEA.”

In normal times, the Zaporizhzhia plant produces one-fifth of Ukraine’s electricity and almost half the energy generated by the country’s nuclear power facilities.

Its occupation by the Russians has sparked concern across Europe.

In April, the European Union urged Russia to withdraw its troops from the plant, claiming the country was “threatening nuclear security on our continent”.

Some analysts argue the Zaporizhzhia plant is of a different and safer type to Chernobyl. Still, the EU warned, there is a significant “risk of accidents”.

It said in a statement: “Illegal occupation and disruptions in the normal operation of these facilities, such as preventing staff rotation, undermine the safe and reliable operation of nuclear power plants in Ukraine and significantly increase the risk of accidents.”