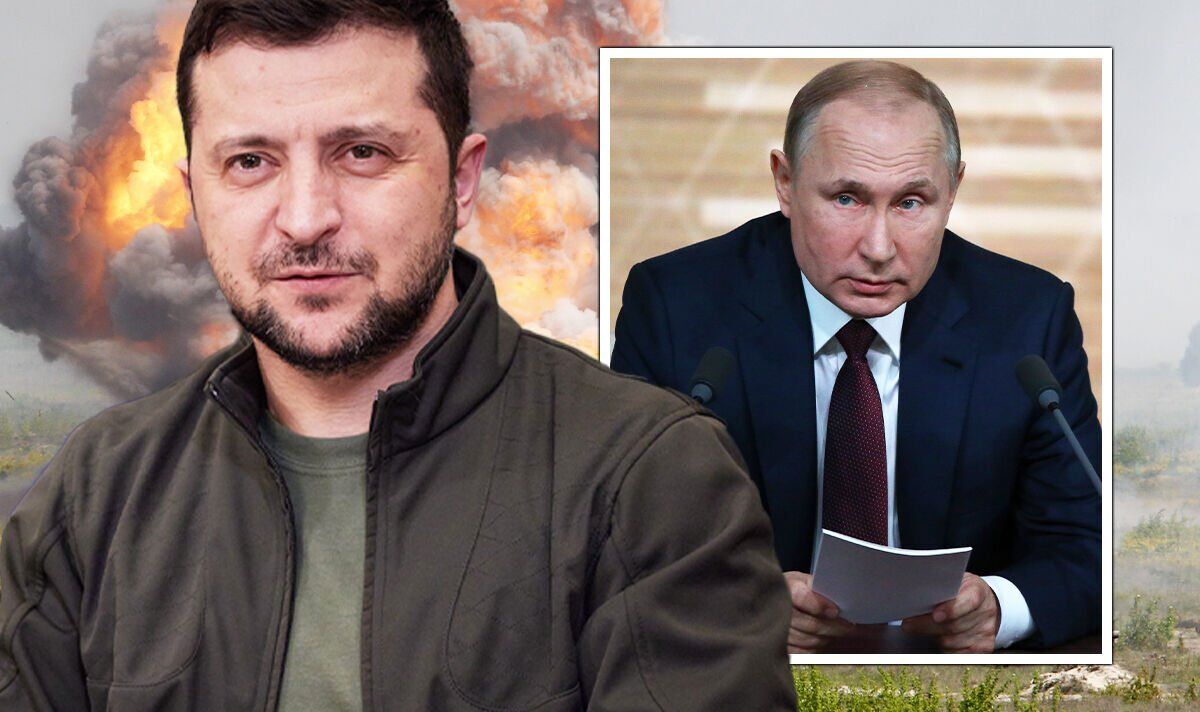 Ukraine‘s army said it launched airstrikes on Zmiinyi Island, also known as Snake Island, causing “significant losses” to Russian forces. Operational Command South confirmed it had undertaken “aimed strikes with the use of various forces”. The military operation is continuing. Ukraine’s military fired on Russia targets 150 times in the southern region of the country.

The Operational Command South said it had destroyed a host of Russian units, including a two self-propelled howitzers and an ammunition depot, as well as five armoured and military vehicles.

The Operational Command South is a formation of Ukrainian Ground Forces in the southern part of Ukraine, which was formed in January 1998.

This is the latest hammer blow for Putin, who has seen his Russian forces continue to struggle since its invasion of Ukraine on February 24.

Russian troops have left a path of destruction throughout Ukraine, with large parts of the country reduced to rubble.

But Putin, who has also lost several high-ranking personnel in battle, has seen his men fail to make significant advances in many major cities, with fierce Ukrainian resistance forcing them out.

In an intelligence update on Tuesday, the UK Ministry of Defence (MoD) highlighted some of the difficulties Russian forces have been faced with.

“This has undermined the viability of Russia’s original operational design for the invasion, which involved holding the Odesa region at risk from the sea.”

On Monday, the MoD’s intelligence update tore apart Russia’s air force, claiming it has “underperformed” during the war in Ukraine.

The update read: “In the conflict to date, Russia’s air force has underperformed. Its failure to consistently deliver air power is likely one of the most important factors behind Russia’s very limited campaign success.

“It cannot gain full air superiority and has operated in a risk-adverse style, rarely penetrating deep behind Ukrainian lines. Some of the underlying causes of its difficulties echo those of Russian Ground Forces.

“For years, much of Russia’s air combat training has highly likely been heavily scripted and designed to impress senior officials, rather than to develop dynamic initiative amongst air crews.

“While Russia has an impressive roster of relatively modern and capable combat jets, the air force has also almost certainly failed to develop the institutional culture and skill-sets required for its personnel to meet Russia’s aspiration of delivering a more Western-style modern air campaign.

This has led to a greater than planned weight of effort falling to ground troops, who are becoming exhausted; and on advanced cruise missiles, stocks of which are likely running low.”