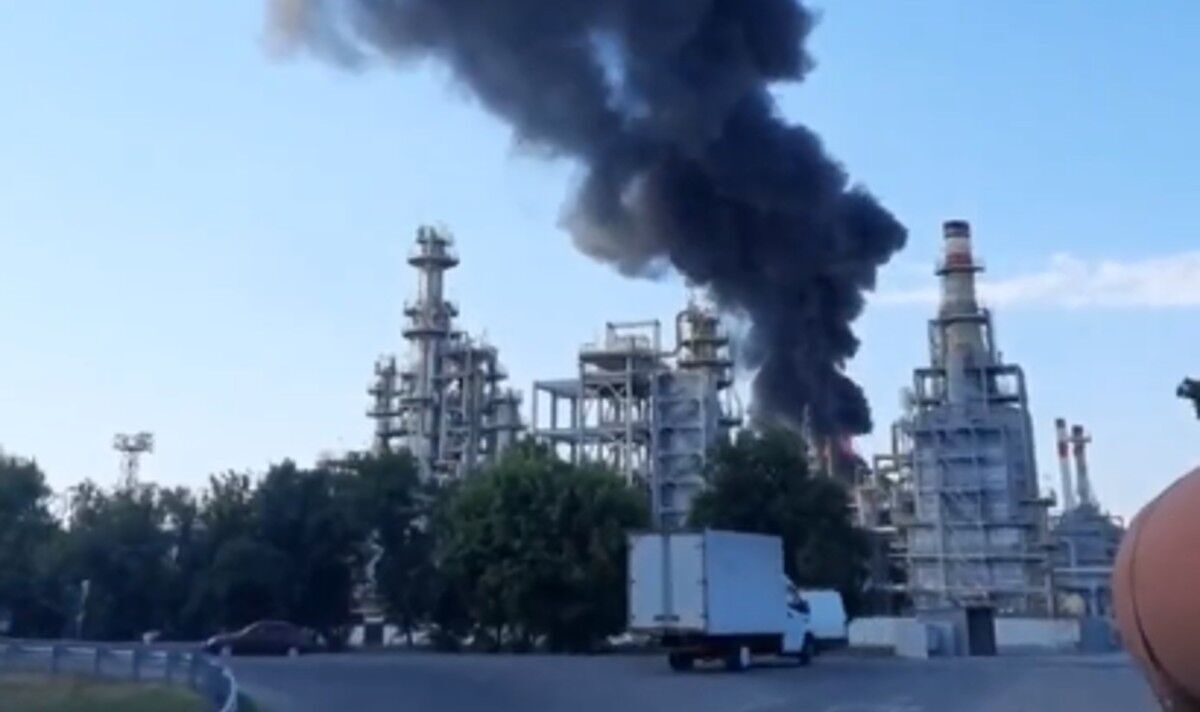 The blaze broke out at a heat transfer unit in Russia’s Novoshakhtinsk oil refinery, located in the southern Rostov region, on Wednesday morning. No one was injured in the incident at the refinery which has an annual capacity of up to 7.5 million tonnes.

The fire brigade is working to put out the blaze.

According to Russian telegram, the fire erupted after a strike by a Ukrainian UAV.