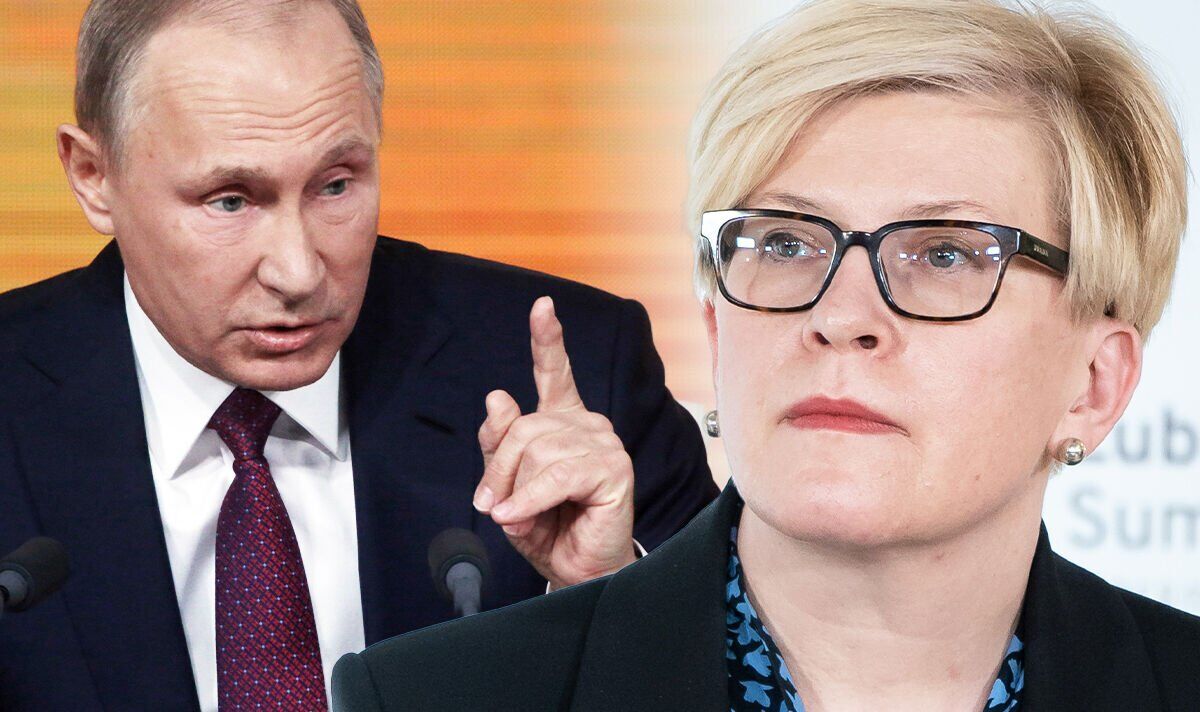 Tensions are exploding in the Russian exclave between Lithuania and Poland, with Russia warning of “practical” retaliatory action if the European Union doesn’t unblock metal goods stuck in transit. Senior European Union diplomats are scrambling to diffuse the ticking timebomb in Kaliningrad, which Russia annexed after World War 2, and have warned the situation could escalate into a very serious one extremely quickly. Officials have insisted this has arisen as an unintended consequence of the EU’s fourth sanctions package, which saw the bloc ban imports from Russia of steel and ferrous materials.

But from last Saturday, customs agents have stopped freight trains for checks because the rail line supplying goods from Russia to Kaliningrad passes through Lithuania and subsequently, EU territory.

But Russian Security Council chief Nikolai Patrushev has now threatened a “serious negative impact on the population of Lithuania”. He did not elaborate on what that could entail.

Russia’s Foreign Ministry spokeswoman Maria Zakharova warned if this is not quickly resolved, “retaliatory moves will be inevitable” and they will “not be in the diplomatic dimension”.

She told a news briefing on Wednesday: “As for retaliatory measures, possible counter-steps are being worked out in an interdepartmental format.

“Both Lithuania and the EU have been notified through their diplomatic missions in Moscow that such actions are inadmissible and that the steps taken should be overturned and the situation put back on the legal, legitimate track.

“If this fails to be done, then, of course, retaliatory moves will be inevitable. This was emphasized at all levels in Moscow.”

Kaliningrad Region’s governor Anton Alikhanov warned Lithuania’s actions were illegal and violated agreements because when the country joined the EU, it guaranteed unhampered transit to the region.

Estonia has also weighed in, calling on Russia to stop sending threats and suggesting Moscow is flexing its muscles ahead of the crunch NATO summit in Madrid next week, where both Sweden and Finland are hoping to secure backing to join the Western defence alliance.

The Lithuanian Prime Minister said lessons needed to be learned and security had to be in place given Russia’s neighbour Belarus had acted as an accomplice, enabling its soil to be used as a staging post for invasion of Ukraine.

She told the BBC’s Katya Adler “we need a significantly higher presence in the region”, citing a 62-mile corridor of territory that connects Lithuania and the other two Baltic states to Poland.

“The Suwalki Gap is a place which is crucially important, not only for my country or Poland, but also for NATO, because this is a short corridor and there is a need to take its defence and security seriously.”