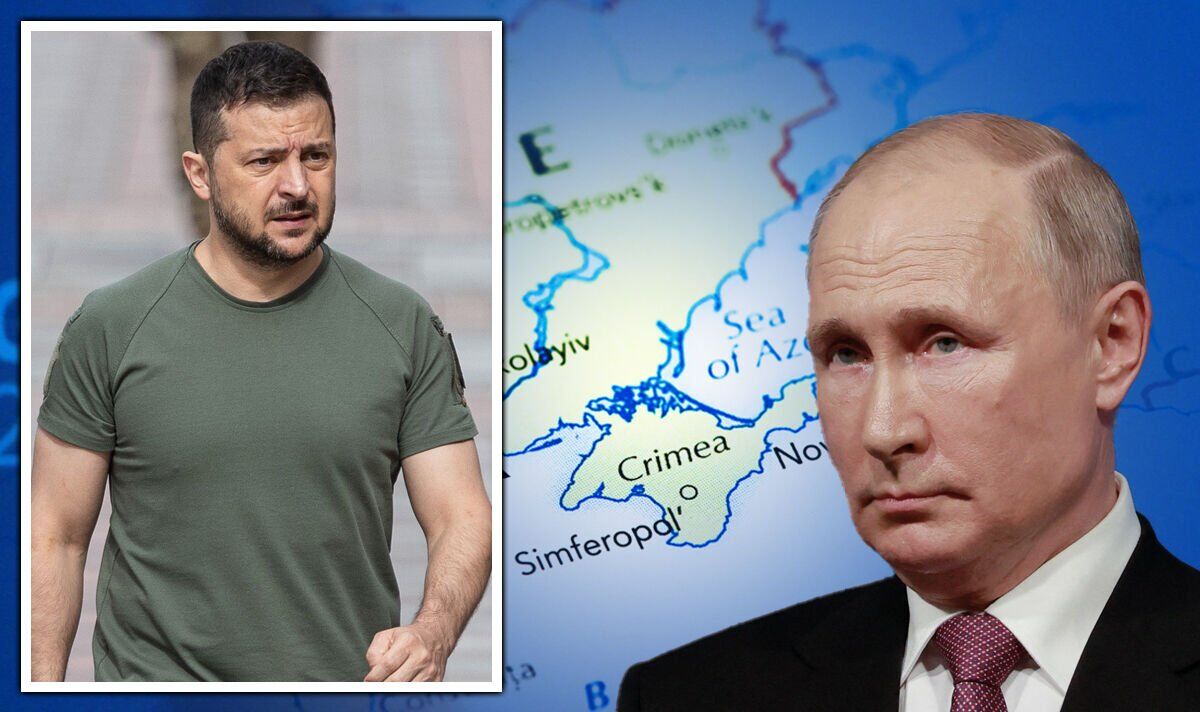 Putin is facing a “disastrous” scenario, an expert has said, pointing out that Ukrainian President Volodymyr Zelensky may have his sights set on Crimea as his next target. War expert Hamish de Bretton-Gordon told Express.co.uk the Russian President’s “deck of cards is crumbling”, adding: “Losing Crimea is a very possible part of that”. He warned Ukrainian troops could “sweep down past Kherson, through into Crimea and retake it”, explaining that this scenario is “entirely plausible”.

He explained: “It looks very possible that they’re going to do better in the East and keep taking off parts of the East.

The expert added: “One could see them going back to 2014 positions.”

Losing Crimea, Mr de Bretton-Gordon said, “would be entirely disastrous for the Russians”, adding: “That’s why we’re in this really challenging position at the moment, because the deck of cards is crumbling.”

This comes as the Kremlin has continued to take humiliating losses in the war against Ukraine, which began on February 24, 2022.

The US Defense Department believes that at least 80,000 Russian troops have been killed or wounded in the war.

Meanwhile, in its latest estimate, Ukraine said that it has retaken more than 6,000 sq km of land from Russian control in September alone.

Ukrainian troops have inflicted a “major operational defeat” on Rusian forces, the Institute for the Study of War (ISW) said.

Ukrainian troops continue to participate in a counterattack in Kherson in the south.

While Russia still holds about a fifth of Ukraine, the pushback from Ukrainian forces is seen by some analysts as a mark of success for the war effort.

Justin Bronk from the Royal United Services Institute (Rusi) said that Russian positions in Kharkiv had suffered a “total collapse.”

He told the BBC that the Russian withdrawal was “certainly the most dramatic reverse that we’ve seen from the Russians since they retreated from Kyiv in April”.

The head of Ukraine’s armed forces estimated last month that the country has lost as many as 9,000 soldiers since the start of the war.