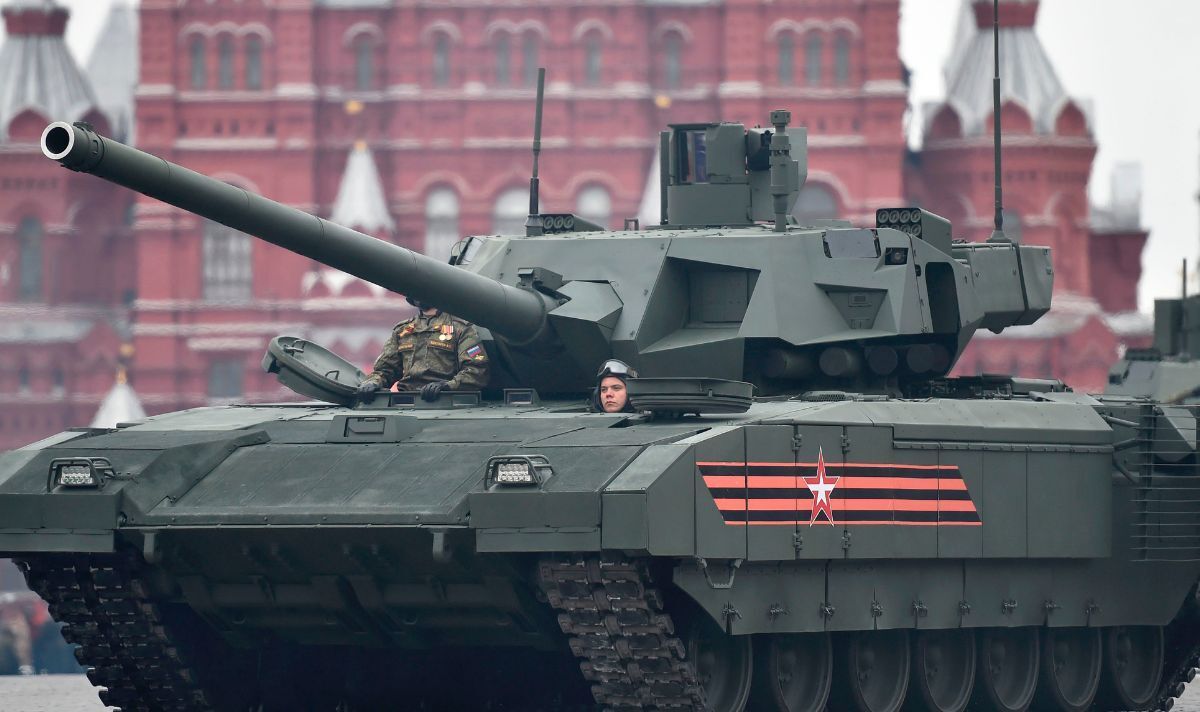 Russia is preparing to rush the deployment of the country’s most advanced battle tanks to the war in Ukraine. Frontline forces are reported to have had mixed first impressions after seeing the T-14 in operation, with the tanks described as being in very poor condition.

Russia‘s Defense Minister Sergei Shoigu has previously described the production of the T014 as “an experimental-industrial batch” after acknowledging problems with the engine and thermal imaging system.

An MoD intelligence report on Wednesday said: “As previously reported, Russia has worked to prepare a small number of T-14 Armata main battle tanks for the type’s first operational deployment in Ukraine.

“However, in recent months, deployed Russian forces were reluctant to accept the first tranche of T-14 allocated to them because the vehicles were in such poor condition.

“It is unclear exactly what aspects of the vehicles prompted this reaction, but within the last three years, Russian officials have publicly described problems with the T-14’s engine and thermal imaging systems.

“In 2021, Defence Minister Sergei Shoigu described the planned production run for 2022 as only an ‘experimental-industrial’ batch. Therefore, it is unlikely that any deployed T-14 tanks will have met the usual standards for new equipment to be deemed operational.”

It comes as dozens of Nato’s modern battle tanks are to be sent to Ukraine to bolster the fight against Vladimir Putin‘s invasion, ending weeks of diplomatic deadlock over the supply of armour to the country.

German Chancellor Olaf Scholz approved the supply of the Leopard 2 to Kyiv, which would also allow other allies operating the tanks to re-export them.

Prime Minister Rishi Sunak said it was the “right decision”, and the move would bolster Ukraine‘s “defensive firepower”.

In response to Germany’s announcement, Mr Sunak said: “The right decision by Nato allies and friends to send main battle tanks to Ukraine.

“Alongside Challenger 2s, they will strengthen Ukraine‘s defensive firepower.

“Together, we are accelerating our efforts to ensure Ukraine wins this war and secures a lasting peace.”

Meanwhile, defence analyst Nicholas Drummond had told Express.co.uk that the UK military must be armed with state-of-the-art armour amid fears its aging and hollowed-out tank force could be unable to prevail against modern foes.

Mr Drummond said: “Right up until 24 February last year, people were saying that tanks were a ‘sunset capability’. A year later, people realise that tanks remain a fundamental engine of modern warfare because nothing else provides the brute force shock effect that tanks offer.

“If you want to destroy an enemy force or recapture lost ground, you need a tank. While tanks are vulnerable to anti-tank missiles, they are not as vulnerable as unprotected soldiers are to artillery.

“This means armies need armoured vehicles of all types to prevail on today’s battlefield.”