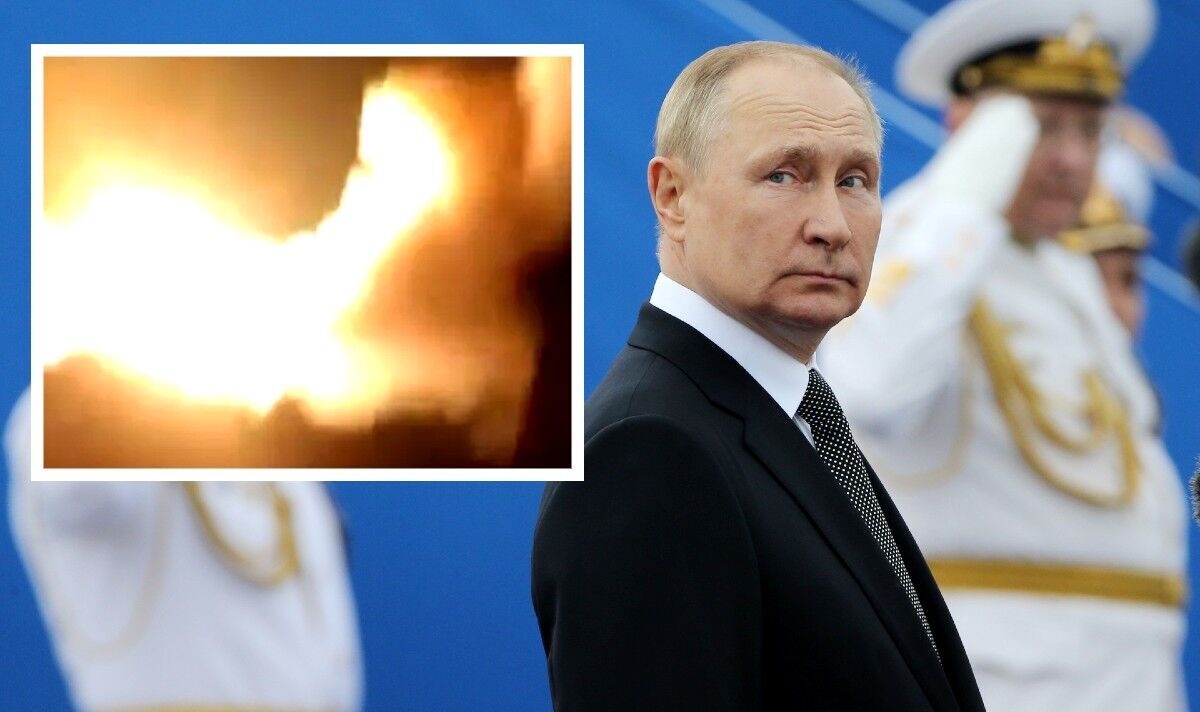 A 40-carriage train carrying Russian troops and vital ammunition was blown up by Ukrainian forces last week. The train was struck at Brylivka railway station while travelling from Crimea on July 29. Around 80 Russian soldiers were reportedly killed.

A further 200 soldiers were injured.

Writing on Twitter, the expert said: “Ukraine’s recent HIMARS attack on a Russian ammunition train seems to have been an unusually high-casualty event – reportedly 80 Russians killed and another 200 wounded.”

He also pointed to analysis by fellow historian Trent Telenko, who “pointed out the vulnerability of Russia’s non-palletised approach to logistics and its dependency on manual labour, which makes loading and unloading far slower than in Western militaries”.

Anton Gerashchenko, Ukrainian Advisor to the Minister of Internal Affairs, confirmed the blast in a post on Facebook last Sunday.

He said: “On the night of Friday to Saturday, a high-precision HIMARS strike destroyed the railway echelon of more than 40 wagons that arrived from Crimea with manpower, equipment and ammunition at the railway station of Brilevka, Kherson region.

“As a result, the living force turned into coal, the equipment into piles of scrap metal, and BC took off. The loss of life force ranged about 80-200x and 200-300s.

READ MORE: Putin accused of BURNING his own gas supply

Ukrainian journalist Denis Kazansky said the resulting explosions were so powerful “that windows were shattered in nearby buildings”.

He added: “Eyewitnesses report that scattered shell bits were lying on the streets.

“The fire continues. The route from the city is closed.”

Russia has suffered a series of setbacks in its war against Ukraine.

The army has so far taken heavy losses, with the Ukrainian Army estimating that as many as 40,000 Russian soldiers have been killed.

As many as 22 aircraft and 190 helicopters have reportedly been wiped out.