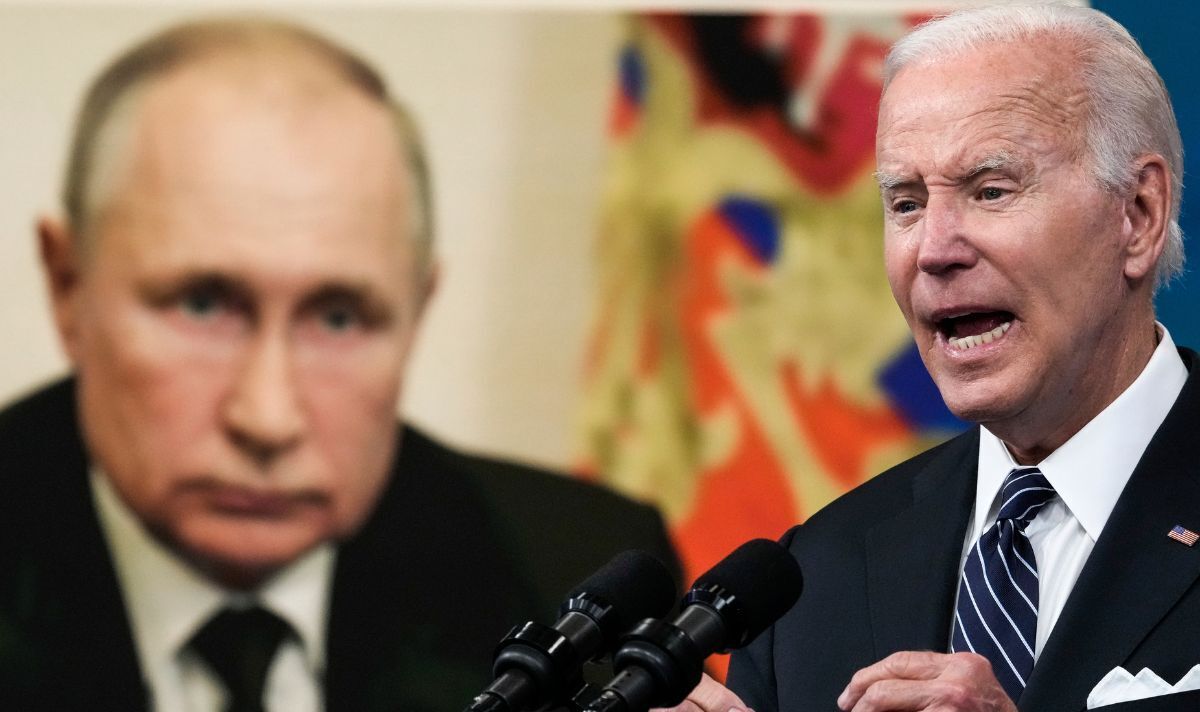 Kremlin-affiliated television network Russia One has broadcast a disturbing discussion of how Moscow should treat two imprisoned American soldiers. The two men were captured by Vladimir Puitin’s military forces while fighting alongside defending Ukrainian troops in Kharkiv and have been detained in a Russian-controlled area of the Donbas region since. The television hosts speculated that the pair could be executed for their involvement in the war as a Russian proxy court recently sentenced two British men and one Moroccan man to death for acting as ‘mercenaries’ in the Ukrainian war.

The television pundits also discussed how the Kremlin could use an American basketball player, Brittney Griner, to establish part of a prisoner exchange to free a notorious Russian arms dealer.

Speaking on Rossiya One, host Aleksey Zhuravlyov said: “As expected, Americans are the dumbest ones, their mercenaries are just like their President.”

He referenced pictures of the captured soldiers as he added: “Here they are, Huynh and Drueke, those two weirdos.

“I could care less what happens to them.

“They should either be liquidated or exchanged for Bout.”

He continued: “We need our citizens out of America, thank God, we have such opportunities.”

Another host, Olga Skabeyeva, added: “We also have an American basketball player caught with drugs so we have somewhat of an exchange fund.”

Zhuravlyov replied: “Of course, we have an exchange fund.

“This is what happens to those who come here.”

The pundits outlined how the Kremlin was planning to strategically release certain international prisoners held in Russia as part of tactical exchange deals.

The two American soldiers, Alexander Drueke and Andy Huynh, have been held in a detention centre in the Kremlin-controlled region of the Donetsk People’s republic and labelled as foreign “mercenaries” by Russian media.

Kremlin spokesman Dmitry Peskov said the men were not protected by the rights of the Geneva Convention as he described them as “soldiers of fortune” that should not have been involved in the conflict.

He added: “They should be held responsible for those crimes that they have committed.”