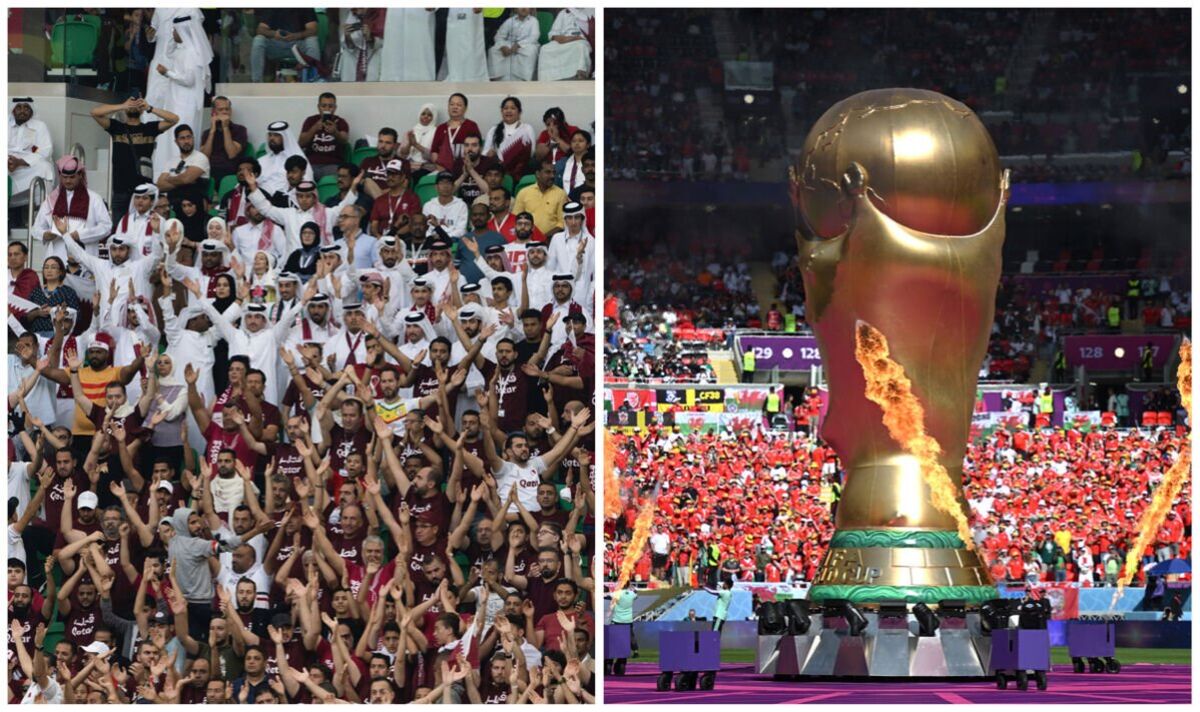 Qatar is paying fans £124 per match to clap and cheer its football team during the World Cup, according to reports. ‘Cheerleaders’ were recruited by Qatar’s leading sports academy and are having all their expenses covered for the first two weeks of the tournament.

Young fans in deprived Arabian countries have jumped at the chance to earn money in Qatar at the World Cup. they apparently learned from friends working in Qatar that chances to earn money over the next month were high.

Individuals from countries such as Lebanon are being paid to cheer on the Qatar national team until the first week of December. It is assumed that Qatar, who are ranked 50th in the world, will be eliminated in the group stages.

Anyone with a valid passport and three doses of the COVID-19 vaccine were invited to take part in the programme. It has been set up by Qatar’s Aspire Academy.

One individual told International Arab Affairs publication TRENDS that it was ‘heaven’ to be given the opportunity to cheer on a team during the World Cup. The publication claims to have seen documents verifying the role, including invitation letters.

The young supporter, who spoke on the condition of anonymity, is quoted as saying: “One cannot ask for more. Qatar Airways flights from Beirut to Doha and return are paid by the organisers, accommodation is paid, food and local transportation are taken care of and on top of this we’d get paid $800 (£663.22) – is this heaven or what.”

Fans are being paid £663.22 ($800) to undertake the role but are expected to leave when Qatar are knocked out – most likely in the group stage.

It comes amid speculation that Qatar were paying fans to line the streets before the World Cup. Those suggestions were soon debunked when it became clear that Indian expats were genuine supporters of the England team.

But Qatar did pull funding for groups of supporters from each nation who were expecting to be paid to promote the tournament. The Fan Leader Programme was set up by the Supreme Committee for Delivery and Legacy but their daily allowance was scrapped due to negative media attention.

A letter seen by the Guardian read: “Due to the recent developments in the media, we are keen to protect our visiting fans from the erroneous misinformed statements regarding ‘fans receiving payment for the trip’.

“Accordingly, the daily allowance will unfortunately no longer be issued. The allowance was intended as a small uplift on your own personal funds to assist with refreshments during your stay.”