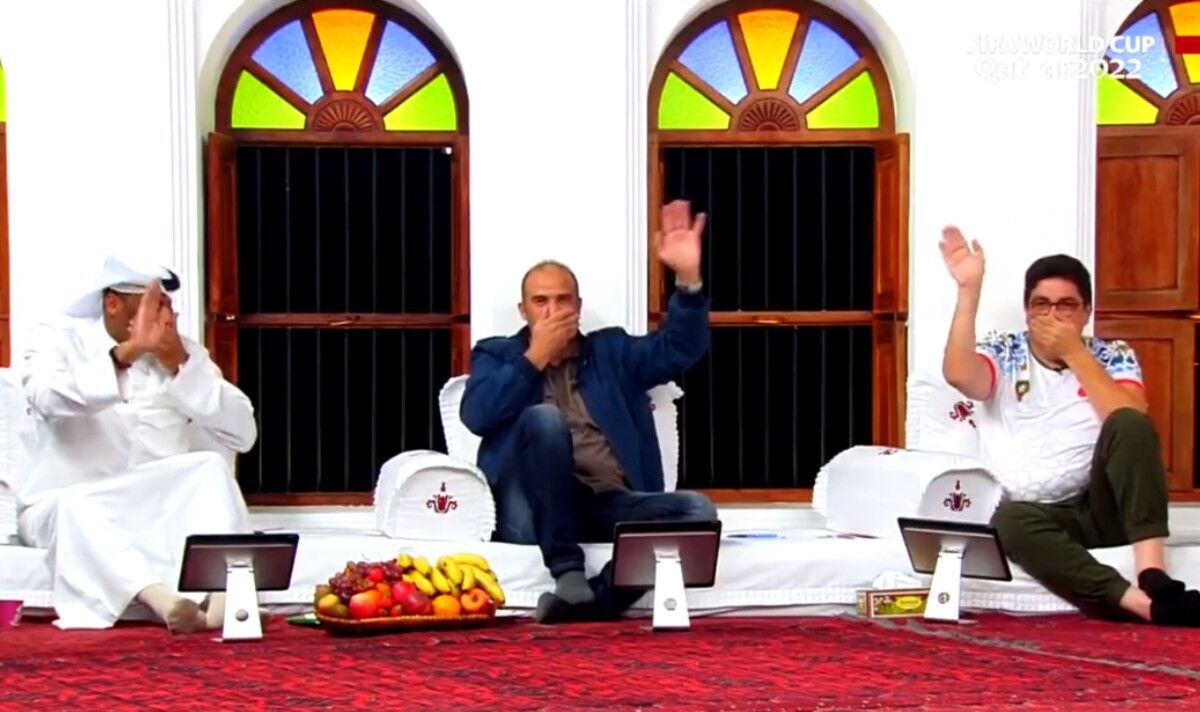 A Qatar TV show has brutally mocked Germany for their early World Cup exit by covering their mouths and waving goodbye, mocking the protest from the German players at the start of the tournament. Die Mannschaft made headlines for their pre-match team photo in their opening match against Japan by covering their mouths, suggesting they had been prevented from speaking out on controversial issues relating to the host nation.

Germany will be making an early return home after coming third in Group E, behind both Japan and Spain. It was the second time in as many World Cups that the Germans had failed to make it out of the group stages as they struggle for form on the global stage since winning the tournament in 2014.

Their surprise defeat to Japan in the opening match eventually blew their hopes of winning the trophy for a record-equalling fifth time, but the players had created a very different talking point before kick-off of their first game. The starting 11 each covered their mouths during the pre-match team picture in protest over feeling like they had been silenced from speaking out on controversial issues.

German captain Manuel Neuer had been set to wear the ‘OneLove’ armband alongside five other European nations as they took a stand against Qatar’s poor record on LGBTQ+ rights. However, FIFA stated they would hand out sporting sanctions including bookings if they did so which lead to the on-field protest.

JUST IN: Chelsea boss Graham Potter warned of player revolt because of Tuchel

The move was not well received by the host nation, something which has been further evidenced by their reaction to the Germans’ early exit. The TV show ‘Qatar Affairs’ gave their analysis on the team’s defeat which just simply included them covering their mouths and waving at the camera to mock the four-time world champions.

Meanwhile, German manager Flick has stressed it is solely on his own players for their early exit as they cannot rely on the results of other teams. Germany went into the final round of group games needing to win and hoping Spain would not lose to Japan. They held up their end of the bargain, beating Costa Rica 4-2 but it was not enough as La Roja fell to a shock 2-1 defeat.

“I don’t care about different teams, it is all up to us,” he said. “If you look at the matches and number of goals, it is our fault. I am convinced we had sufficient chances and possibilities against Japan in the first half and also against Spain, you have to use your chances. It would have been a different situation.

“There were a lot of individual mistakes and they make me very angry. The first half made me very upset and I told the team I was upset.”

Think you can predict the World Cup Golden Boot Winner? If so you could WIN £150 in Nike vouchers! CLICK HERE