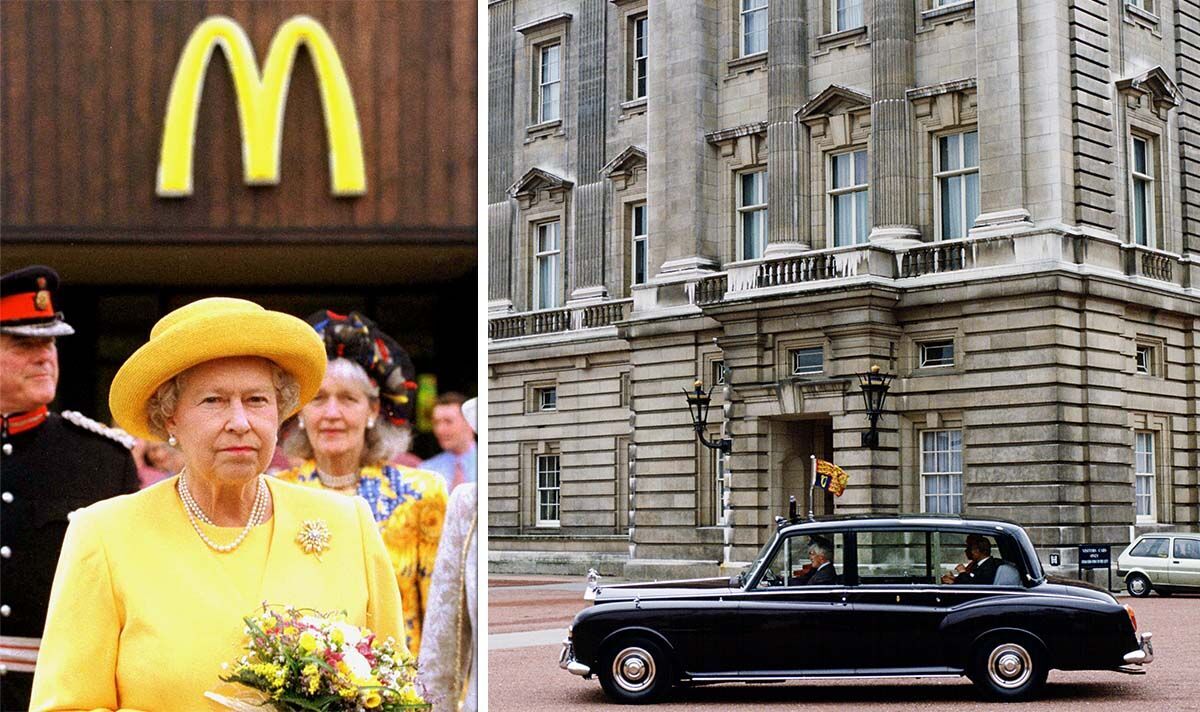 Queen Elizabeth II, 96, was praised by the Archbishop of Canterbury Justin Welby this week for the “unstinting service” she has shown to the Church of England during her 70-year reign. The Archbishop, who was absent from the monarch Platinum Jubilee celebrations due to a positive COVID-19 test, awarded her a special Canterbury Cross during his audience at Windsor Castle on Tuesday. The award for Her Majesty is the latest Jubilee honour to mark her seven-decade reign as Sovereign, which began in 1952 as she succeeded her father King George VI upon his death.

Over the last 70 years, Britain’s longest-serving monarch has had to adapt to technological advances and societal changes, while the Royal Family itself has also been modernised.

One example of the Queen’s efforts to keep up with the times came as she visited a McDonald’s on July 31, 1998.

Her Majesty stopped at the restaurant as part of her trip to officially open Cheshire Oaks Designer Outlet in Ellesmere Port, which first opened in 1995.

However, the outing did not go to plan as the monarch’s Rolls-Royce got stuck in the drive-thru of the fast-food joint.

The 18-foot royal vehicle was forced to reverse after it was too large to negotiate the narrow lane leading up to the food window where customers collect their orders.

JUST IN: Prince William ‘furious’ after Kate ‘ridiculed’ on frontline of Firm

The chauffeur “struggled” to manoeuvre the car and the royal standard had to be removed from the roof of the Rolls so it could pass under a height restriction barrier.

A picture of the Queen from the day shows her wearing a bright yellow ensemble with a frosted sunflower brooch that inadvertently matched the colours of McDonald’s famous golden arches.

The Queen was “not amused” by the debacle, according to an archived newspaper clipping, which reported that hundreds of onlookers laughed as her car got stuck.

The Retired printer was quoted as saying: “It was hardly a dignified entrance.

Local grandmother Gwynneth Lewis claimed the monarch may have also been trying to stay in touch with the younger royals.

She said: “I suppose the Queen would like to know what her grandchildren get up to and I’m sure they like to eat hamburgers.

“I think it is a good thing that she is visiting places where normal people go, she needs to see the other side of life.”

The Queen was accompanied during her trip to Cheshire by Prince Philip, who visited Blue Planet aquarium up the road from the shopping centre.

Her Majesty did not go inside the McDonald’s and did not order food from the burger chain, whose menu features classics such as the Big Mac and Filet-O-Fish.

However, the monarch’s outing still made the news around the world, with even the Los Angeles Times reporting on the trip.

The American newspaper quoted constitutional historian David Starkey, who turned his nose up at the Queen visiting a fast-food restaurant.

He said: “I mean, what a place to choose. I’ve never been to McDonald’s. It’s just a question of taste.”