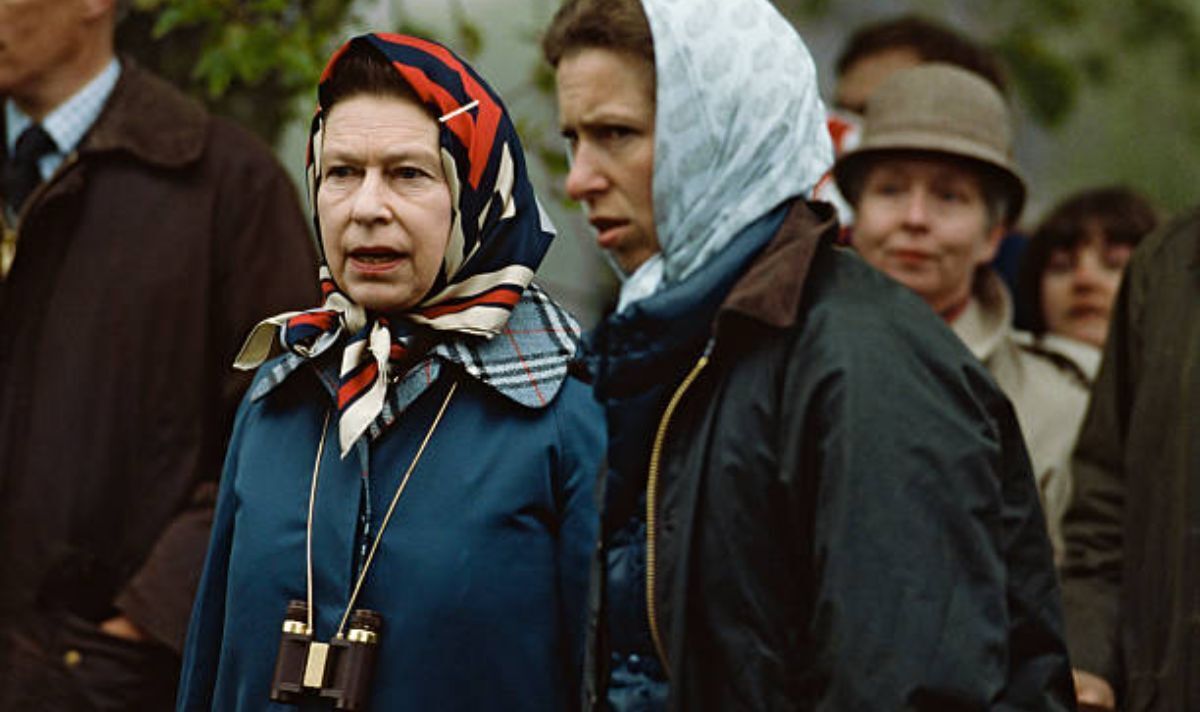 The Queen had a very witty response after her daughter Princess Anne tied the knot with renowned equestrian Mark Phillips in 1973, a report has claimed. Her then son-in-law was a key member of the British three-day-eventing team that had triumphed in the Olympics the previous year in Munich.

Author, broadcaster and friend of the Firm Gyles Brandreth has written a new book entitled Elizabeth: An Intimate Portrait, which provides an insight into the late monarch’s excellent sense of humour.

One of her most hilarious quips came after Anne’s wedding, as the keen horse riders met at a party for fans of the sport in 1968.

The Queen is said to have remarked: “I shouldn’t wonder if their children are four-legged.”

While their son Peter Phillips is the managing director of boutique sports management company SEL UK, their daughter Zara Tindall is also an equestrian and an Olympian, having won a silver medal at the 2012 London games as part of the eventing team.

The Princess Royal and Mark Phillips divorced in 1992, with the Queen’s only daughter marrying Royal Navy officer Sir Timothy Laurence later that year.

Mr Brandreth’s book reveals a number of other charming stories, such as her singing George Formby’s songs in his trademark Lancashire accent.

The author told the Daily Mail it was the Queen’s “wry, dry, humorous way of looking at things” that particularly struck him.

He became good friends with the Duke of Edinburgh after they met and hit it off at a charity event in the 1970s.

The broadcaster is still working with the royals today, having launched a poetry podcast with the Queen Consort Camilla earlier this year.

His book Elizabeth: An Intimate Portrait will be published on December 8 by Michael Joseph.