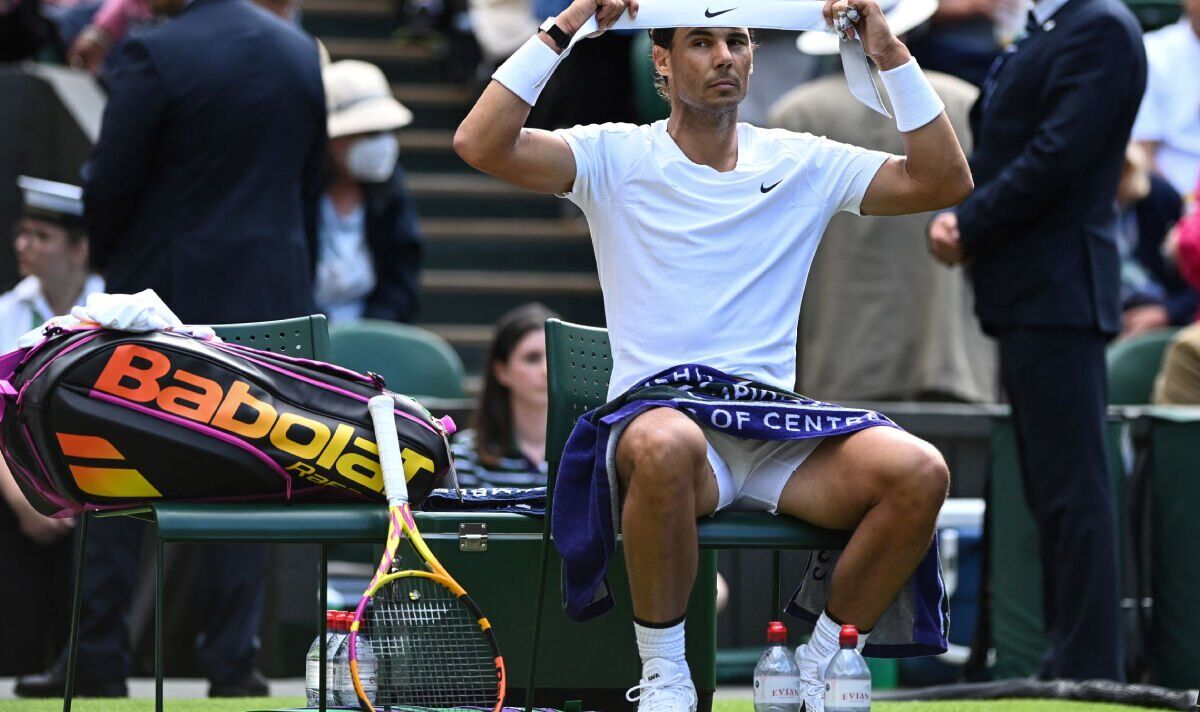 Rafael Nadal said he was not concerned about his health despite knocking up with Covid withdrawal Matteo Berrettini on Thursday.

The Spaniard came through his first game on grass for three years with a 6-4, 6-3, 3-6, 6-4 win over Francisco Cerundolo of Argentina to set up a second round clash with Lithuania’s Ricardas Bernakis.

His half of the draw has been opened up by the withdrawal of Queen’s champion Berrettini and former Wimbledon finalist Marin Cilic, but Nadal is not overly worried that he could be about to join them.

“It is difficult to be a close contact when you are outside and when you are practising,” he said. “It’s just that in the outdoors, things look like historically they are more difficult.

“But anything can happen, no? For the moment I am feeling great, no problems at all. The main thing is I feel very sorry for him because he was playing fantastically, winning two tournaments before this tournament started.

“He’s a very good colleague on tour. We know each other well. I know how sad he will probably feel today? So I am sorry for him and wish him a quick recovery. If I am not wrong, Matteo has been sick for a couple of days

“He was unlucky the last couple of months, without a doubt.” Nadal also admitted that his body has prevented him from preparing how he would like for Wimbledon.

After grinding out his four-set win, the Spaniard said: “Even after 19 years it takes time to get used to grass and I have not set foot on grass for three years. Every day is a test and today was an important one.

“It’s obvious that when you play well at Roland Garros, there is not much time between. I used to remember these old beautiful days I was playing the final on Roland Garros and the next day I was practicing on Queen’s. But my body is not allowing me to do this any more so I have to take a few days off after Roland Garros.

“Ofcourse everybody knows I had to do some things on my foot. But the most important thing is that I am at Wimbledon 2022 and I won my first match.”