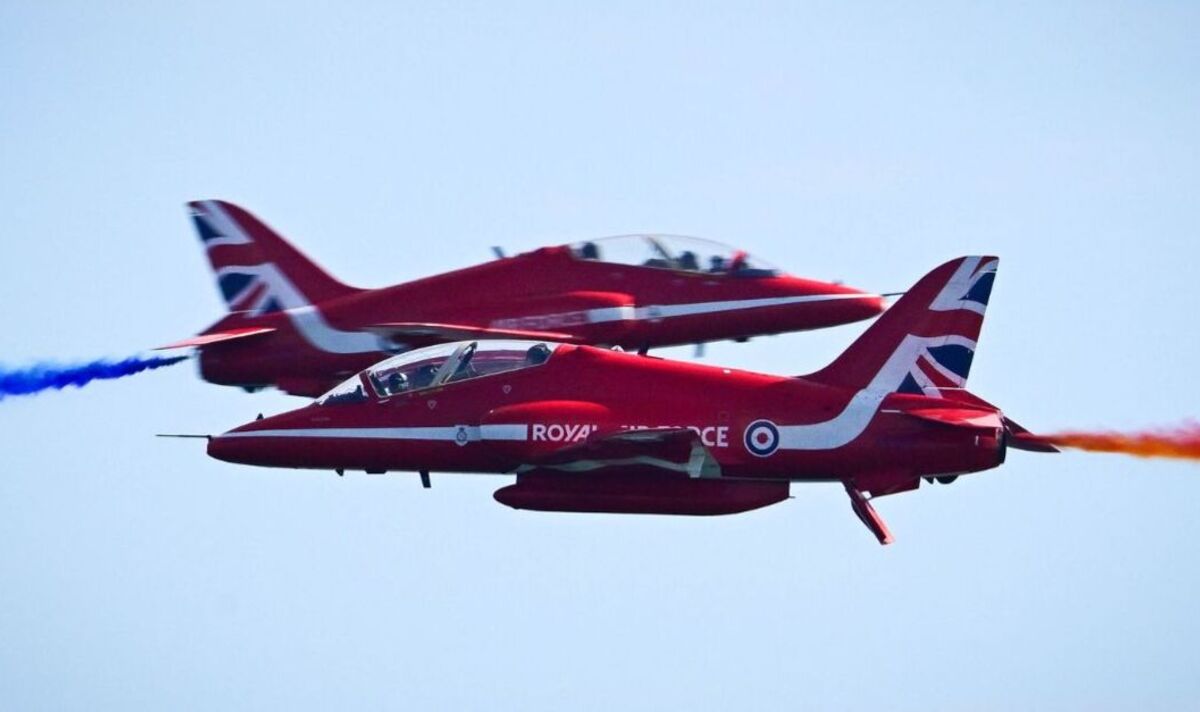 After the Aerobatic team’s largest scandal in its 57-year history, a female member of the team has said she felt she was forced to quit after she made a complaint about harassment and bullying. According to an RAF source, the officer, in her early thirties, was welcomed into the team earlier this year but issued a complaint to her seniors after just six months about behaviour which made her feel “uncomfortable”.

The complaint was over the woman’s concerns of the “toxic” environment in the team which was about her time in the Red Arrows until the summer.

Now it has emerged that despite the issues of the “toxic culture” within the Red Arrows, the display team featured in a conference on trust.

The Red Arrows were asked to speak at the forum which caused an RAF officer to question the decision which was made by the head of the Royal Air Force.

The squadron participated in the RAF’s annual event about “the power of trust” while, according to one source who spoke to Sky News, “there were more allegations that were surfacing”.

The source added: “People were absolutely disgusted…It is almost like a slap in the face for the victims”.

The judgement of Air Chief Marshal Sir Mike Wigston was further questioned when it was announced by the RAF this week that Wing Commander David Montenegro has been suspended.

Mr Montenegro is the commander of the squadron and spoke at the event in September but is now under investigation into allegations which have been made against him since 2017.

Following reports of complaints by members of the 130 people team, over 40 personnel from the Red Arrows, including a number of female recruits, gave evidence to an inquiry.

As a result, as many as four members of the RAF may be removed from the force following an investigation and the display team is now running its skeleton team.

The accusations included a minimum of 13 cases of alleged misconduct, including misogyny, harassment, sexual assault, bullying and indecent exposure.

A source from the RAF said: “Although things have happened since the last story came to light, the toxic behaviour is still going on and not enough is being done about it.”

Air Chief Marshal Wingston later added: “His wonderful candour about the events of this year, at its heart – and you heard it from Monty himself – that was about the RAF identifying toxic behaviours in an organisation and being determined to do something about them.”

In response to Montenegro’s suspension, an RAF spokesperson said: “All RAF personnel are expected to maintain the highest standards of behaviour.

“The RAF is aware of historic allegations from 2017 that have been made against the current Officer Commanding the RAF Aerobatic Team (The Red Arrows), which will be thoroughly investigated.

“Pending that investigation and without prejudice, the individual has been removed from post. We will not be commenting further while the investigation is ongoing.”