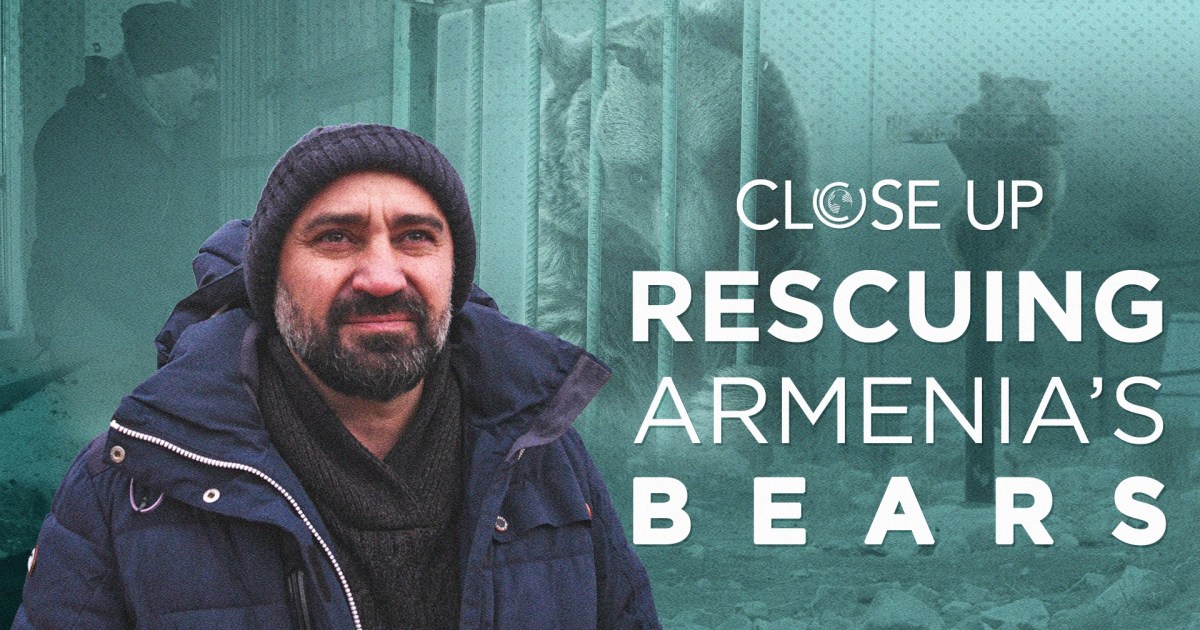 From: Al Jazeera Close Up

Ruben Khachatryan has made it his mission to save the captive bears of Armenia from a lifetime of neglect and misery.

Across Armenia, bears are being kept in captivity under terrible conditions – locked up in tiny, filthy cages, often subsisting on food scraps and rancid water.  It is a sad legacy of Armenia’s Soviet-era past when it was fashionable to keep exotic animals in private zoos as a status symbol or to attract visitors to a place of business.

Ruben Khachatryan runs the Great Bear Rescue, a mercy mission to rehabilitate these captive bears in a sanctuary in the mountains of Armenia. Here, the bears can live out their lives with proper diets, medical attention and freedom.

“You feel responsible for those animals,” says Ruben. “I feel like they need ambassadors to … fight for them.”

Ruben and his team have rescued 30 bears in just five years, but now they face some of their most challenging missions yet as they enter a tougher phase of this project.

In this film, we see the various strategies that are deployed as the Great Bear Rescue team battles against bear owners who refuse to relinquish their animals.

A film by Mariah Wilson