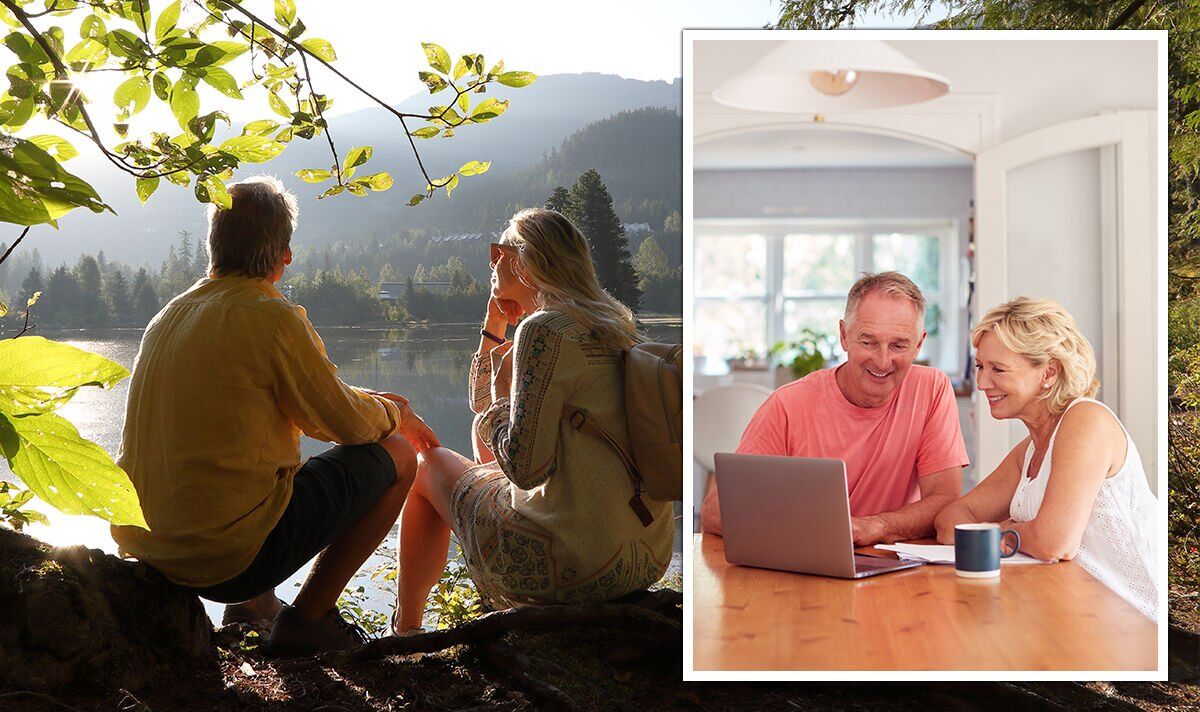 Retiring early could mean Britons miss out on £101,000 – how to review your plans

Traditionally, many people decide to leave the workforce once they reach state retirement age and can claim the state pension. However, attitudes are changing and thousands of people are making the choice to leave their roles early.

While many people will aspire to retire early, the savings one can make during the latter years of their career can have a disproportionate impact on the size of a pension pot.

This is according to new research undertaken by Standard Life, which showed working for a few extra years, when pension contributions may be higher, could result in much more money for retirement.

If a person begins working on a £23,000 starting salary per year, and pays the standard monthly auto-enrolment contributions from age 22, they would build up a fund of £263,000 by the age of 65, the group stated.

READ MORE: Santander issues warning as man scammed out of £4,950

The key difference is those who retire early miss out on the power of compound interest towards the end of their career, which can be very impactful.

In efforts to boost a pension pot, Standard Life recommends people take full advantage of all the benefits of their pension plan.

People may wish to consider paying in the maximum amount their employer will match in order to get the most out of savings.

Keeping an eye on one’s pension on a regular basis is also considered to be a sensible course of action as it helps Britons see if they are on track for the retirement they want.

Some people may even wish to consolidate their pensions to avoid losing track, but it is vital to consider this carefully before actioning.

The decision to retire early is a personal one, and some may wish to sacrifice a higher pension pot for the knowledge they will no longer have to work.

READ MORE: Turning off your heating to cut energy bill could cost you £20k

Jenny Holt, Managing Director for Customer Savings and Investments at Standard Life said: “It’s interesting to see how just a five-year delay in retirement towards the end of your career can significantly increase the pension you retire on by tens of thousands of pounds.

“This is largely due to the power of compound interest, which gradually builds over time.

“For those in a position to do so, consistently paying into a pension from as early an age as possible can make a massive difference over time, and as our analysis shows, the biggest impact can happen towards the end of your working life.

“This is something worth being aware of and factoring into your decisions as you approach retirement and start to consider stopping work – as that period can potentially be the most impactful on your overall pot and could influence your eventual retirement lifestyle too.

“Clearly, nobody can put a price on quality time in retirement- so it’s worth having a think about the type of lifestyle you’d like when you do retire and use that as a basis when deciding if the delay is worth it.

“Far from delaying retirement, there’s a movement of people who follow a disciplined programme of savings and investment aimed at allowing them to retire far earlier than most- known as the FIRE movement (Financial Independence, Retire Early).

“They follow a couple of different routes to get there but some live an extremely frugal lifestyle over just a few years working, dedicating up to 70 percent of their income to savings and then retiring in their 30s and 40s.

“In reality, this is incredibly hard to do, particularly in the current inflationary environment- but this shows the trade-offs involved when in it comes to retirement savings and the importance of having a goal.”