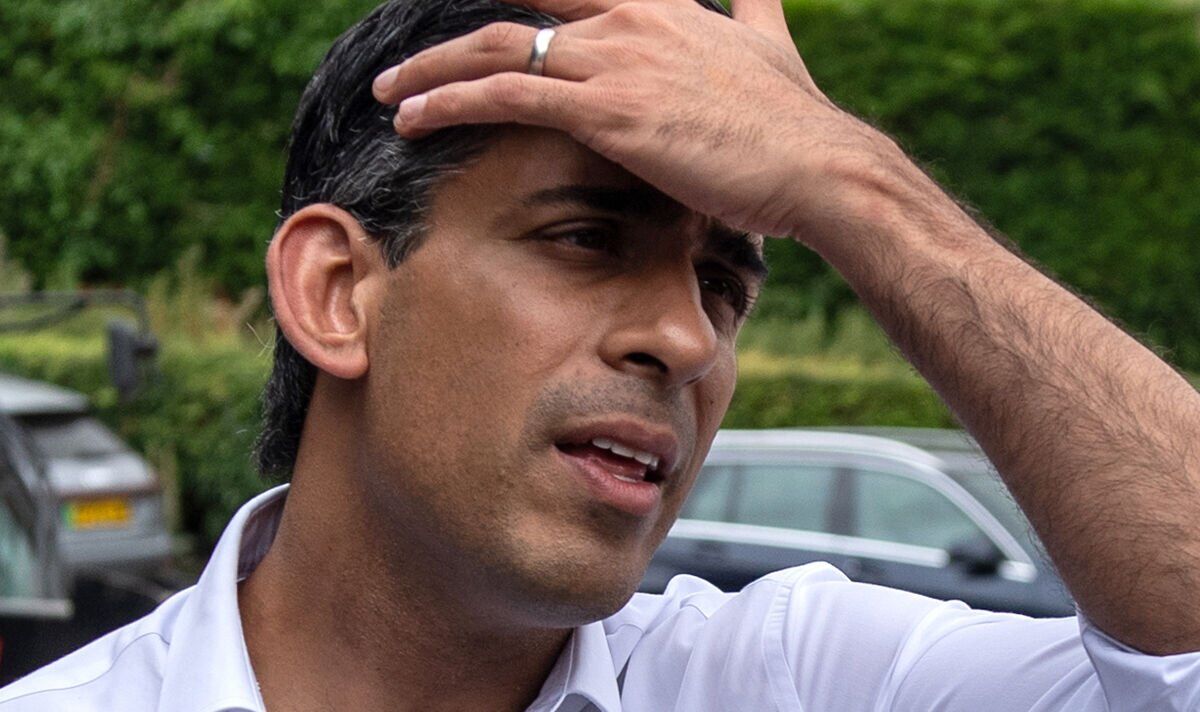 The former Chancellor has been ridiculed after sending out a suggested script to his supporters on how to endorse him on social media. It includes preferred stock phrases for Tory members to use when making their case for Mr Sunak to be Prime Minister.

Supporters of Ms Truss have seized on the leak to claim it is proof the candidate is not unauthentic.

The script being circulated amongst supporters reads: “My name is (insert name) and I live in (insert constituency).

“I am backing Rishi Sunak because (chose option or insert one of your own).”

There are four suggested reasons to pick for supporters to explain why they are backing the Richmond MP.

The former resident of No11 has received repeated criticism for his slick style of campaigning.

He has been accused of being false and artificial in his presentation.

Seeking to highlight the differences between herself and her rival, Ms Truss has repeatedly admitted to not being the smoothest politician.

She has told Tory members at hustings: “I’m not the slickest presenter – But I am somebody who what you see is what you get.”

In the face of the criticism of Mr Sunak, Tory MP Simon Hoare defended the campaign tactics.

Writing on social media, he responded to Mr Fabricant by accusing Ms Truss’s team of the same.

“It’s called visual recognition brand building,” he said to the supporter of the Foreign Secretary.

The North Dorset representative said he had seen 12 supporters of Ms Truss all sending the same messages of support and the “campaign is doing the same” as Mr Sunak.

He added: “Keep your hair on and your hypocrisy to yourself.”