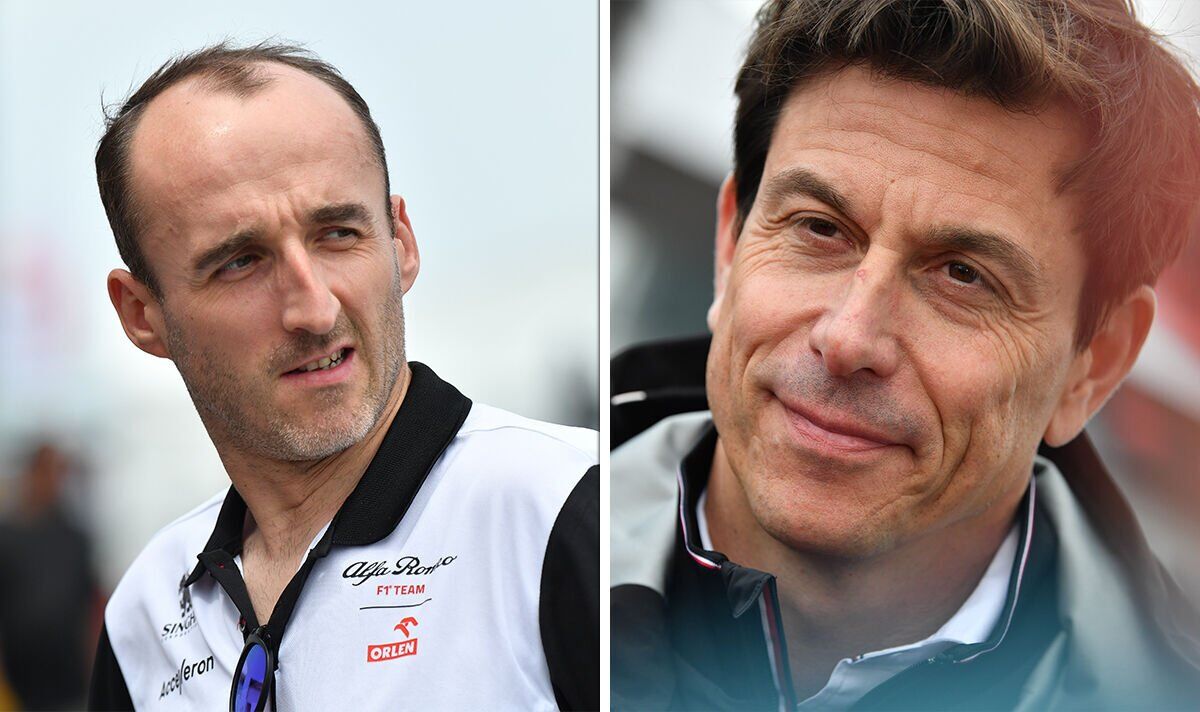 Robert Kubica has claimed Formula One teams are moaning about porpoising issues because it is “easier to push the FIA” for changes than fixing their cars as he takes a swipe at Toto Wolff and Mercedes, one of the biggest teams pushing for changes. The Alfa Romeo reserve driver says teams should instead “put the priority” on driver safety and change car set-ups even if they will lose performance.

He hit out at teams for often using safety as an excuse to gain a “technical advantage” on the grid, with Mercedes the main team who have called for changes. Speaking to Express Sport, Kubica was asked if he agreed with Mercedes stance on changing rules mid-season to combat porpoising.

He replied: “Of course it is always easier to push FIA and to highlight the issue. The issue [porpoising] is there, I’m not saying the issue is not there.

“I’m sure everyone in the paddock fits compromises in the set-up or even the design of facing this issue, trying to solve the porpoising, by compromising performance. If someone tends to not do this, or tends to ignore it because it is easier to complain, try to put a lot of pressure on FIA generally on safety.

“Of course we don’t want to see drivers with back pains or drivers who struggle to see braking points.

“But if this is the case they should put the priority on those aspects and probably they can manage something more comfortable within the set-up of the car. Then of course they don’t want to do it because they will lose performance.”

Mercedes boss Toto Wolff appeared to call for the FIA to do more on porpoising ahead of the Azerbaijan Grand Prix as he claimed most drivers now felt it was a real issue. George Russell also predicted something would happen to a driver on the grid if nothing was done about the violent bouncing.

The FIA listened and took action ahead of the Canadian Grand Prix, issuing a technical directive with a short-term fix. This will set a metric to measure oscillations to prevent teams running their cars unnecessarily low to the ground.

The changes are likely to go against Mercedes who have run their car low to the ground this season to find some pace. However, some team bosses have still called out the changes with Red Bull’s Christian Horner angry over the new stance as he suggested rules should not be changed to suit one team.

Kubica appeared to agree, claiming it was not right for teams to use safety to their sporting advantage. He told Express Sport: “[Safety] is a strong aspect which cannot be ignored. But my feeling is also in Formula One safety is used for obtaining some technical advantages.

“Which is a bit unfair and we shouldn’t be doing this.”