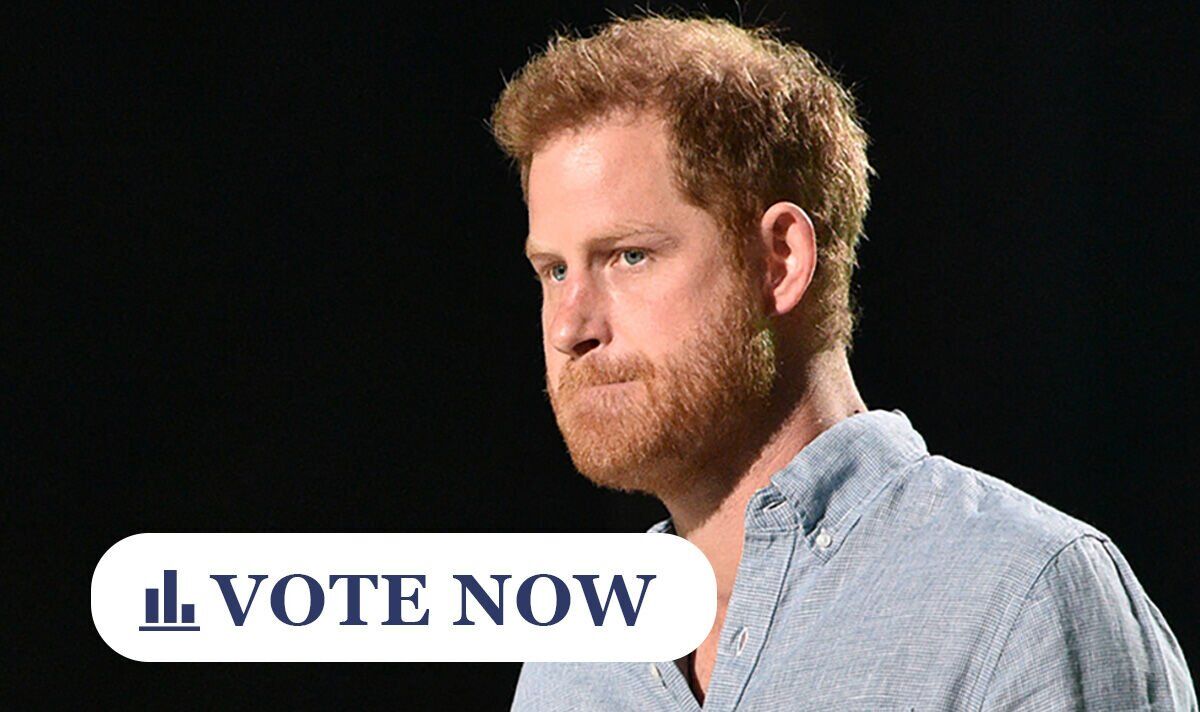 Royal POLL: Is Prince Harry having ‘second thoughts’ on memoir?

Prince Harry, the Duke of Sussex, is due to release a memoir exploring his life at the moment and time in the Royal Family. No official release date has been announced but Harry’s publisher Penguin Random House initially said it was looking at a global release in “late 2022”.

Speaking on the latest episode of True Royalty TV’s The Royal Beat, the Daily Mail’s Editor Richard Kay claimed that the Duke of Sussex could be rethinking his release.

Mr Kay claimed there is “still a possibility that the entreaties of the Royal Family have not fallen on deaf ears”.

He added that Harry could be having “second thoughts about when he publishes this book at all”.

There are also reports that the book has been delayed as it was not included in the publisher’s marketing and promotional list.

A royal insider said in The Sun last month: “If this book’s coming out this year as originally planned it should be in the publisher’s marketing and promotional list — unless they’re planning a surprise or there’s been a delay. Its omission has raised lots of eyebrows in royal circles.”

A spokeswoman for Transworld, part of Penguin Random House, said: “We don’t put every book on the list so there is nothing to be extrapolated from that.”

Royal author Angela Levin told Channel 5’s Jeremy Vine last month that Harry could be “having some doubts” over the book’s publication.

Ms Levin said: “Well, we don’t know what’s in it so I don’t think we can say whether it’s right or not.

“He’s obviously had some doubts because it would be on the publisher’s list and out in the month or so.”

So what do YOU think? Do you think Harry could be having “‘second thoughts” on his upcoming memoir? Vote in our poll and leave your thoughts in the comment section below.

Should Prince Harry ‘wind down’ potential royal attacks in his memoir?

Mr Kay has also claimed that Harry might “wind down” the potential royal attacks in his memoir.

Speaking to True Royalty TV’s Royal Beat, Mr Kay said: “The book was completed, we believe, in about January being Harry’s part of it, the interviews.

“That was really when Harry was at peak rage if you like, with Britain, the Royal Family, siblings. Since then there has been a measure of rapprochement.

“We saw it at the Jubilee. There was a bit of an attempt by Harry to sort of wind it down a bit.

“He may want to re-adjust what he’s written. All these things must be going through his mind.”

Harry and his wife Meghan Markle stepped back from their roles as senior working royals two years ago.

They relocated to the US to become financially independent from the Royal Family and pursue other projects.

Harry has been working on his book with the help of ghostwriter and Pulitzer Prize-winning author JR Moehringer since 2020.

In a statement announcing the release, posted on Penguin Random House’s website, Harry said: “I’m writing this not as the prince I was born but as the man I have become.”

He claimed the book would document the “highs and lows, the mistakes, the lessons learned”.

So what do YOU think? Will you read Harry’s upcoming tell-all book? Vote in our poll and leave your thoughts in the comment section below.