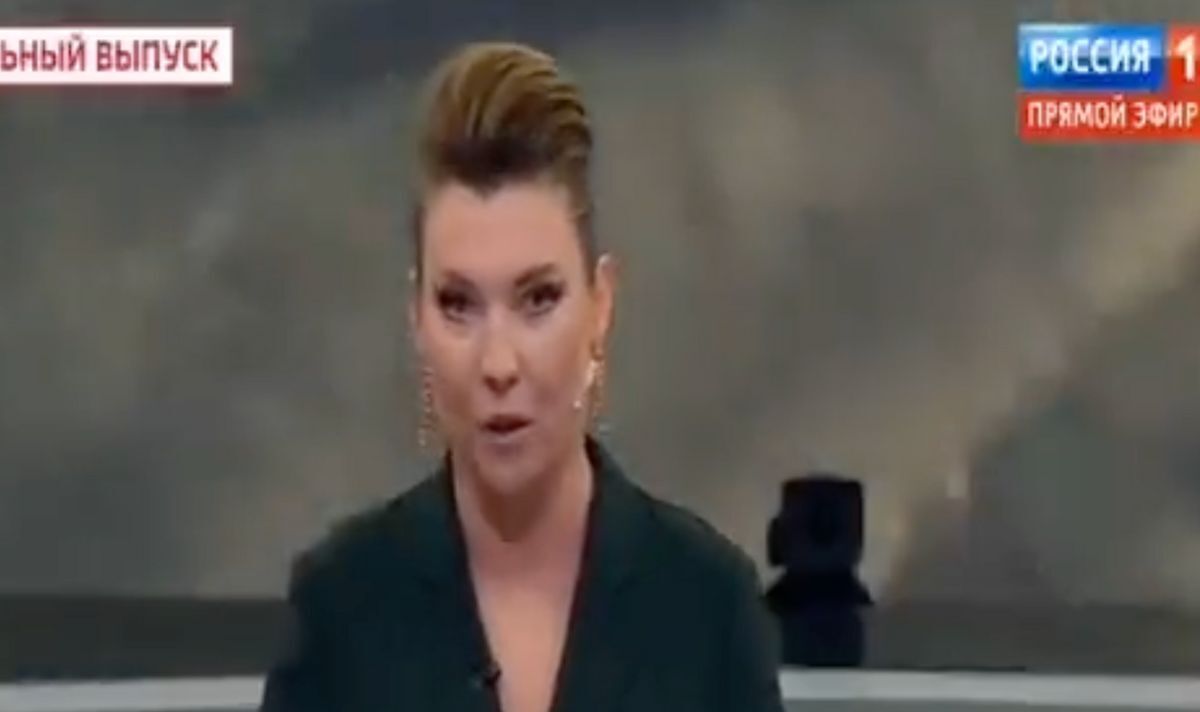 Speaking on Channel 1, Russian state TV host and propagandist Olga Skabeyeva listed a series of cities that Russia is planning to attack to ultimately cut off Ukraine from the Black Sea. Despite Moscow suffering severe setbacks since early on in its invasion of Ukraine, Putin supporters across state-owned broadcasters have continued to rally the support of the population. Skabayeva reiterated Russia will now be in Ukraine “forever” following the annexation of Luhansk and Donetsk, hinting at plans for further expansion towards the west.

Skabeyeva said: “It seems like they’ve finally figured us out.

“Russia is there forever!

“After the unification and liberation of Donbas, Zaporizhzhia, and Kherson which will happen in the coming months, Russian will focus on Kharkiv, Odesa, and Mykolaiv.”

She concluded: “This will cut Ukraine off not just from the Sea of Azov, but from the Black Sea too”.

The video was posted on Twitter by BBC correspondent Francis Scarr.

Alongside the clip, he commented: “Olga Skabeyeva is back from her break and just as belligerent about Russia’s war aims as she was before.

“She says Russia will cut Ukraine off from the Black Sea”.

But social media users pointed out that Russia’s plans for Ukraine have not been progressing well after failing to secure the majority of the country in the early days of Putin’s so-called “special operation.”