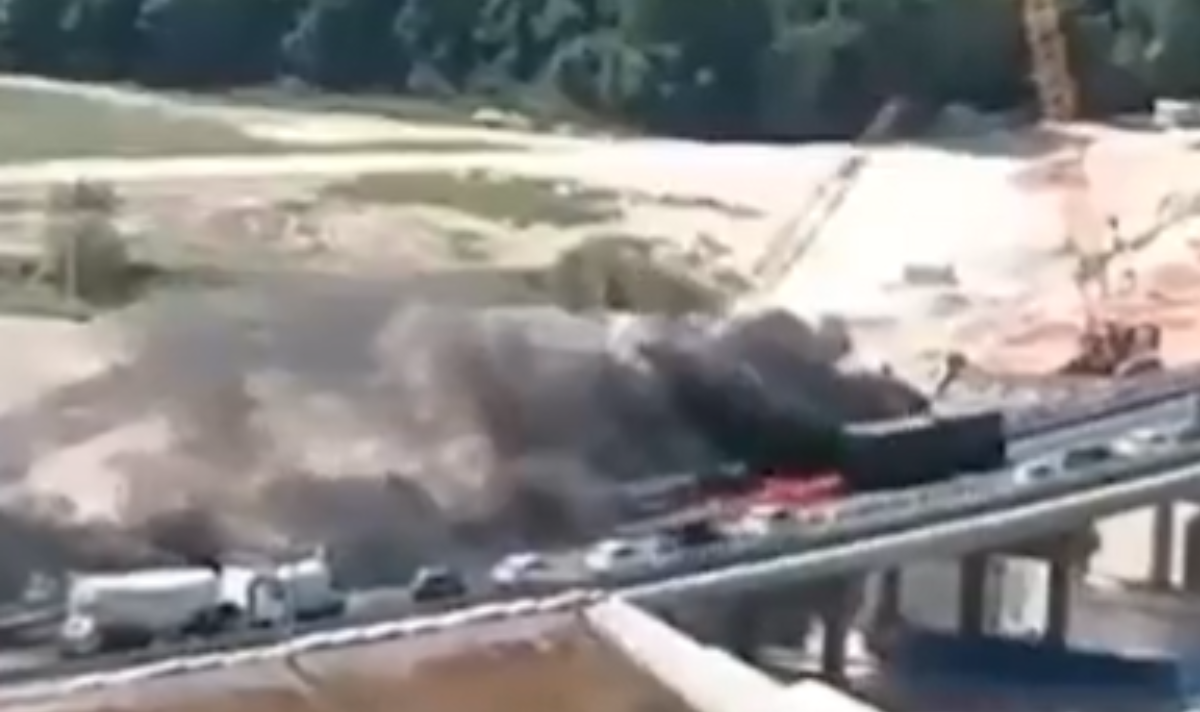 The accident took place at around 12.00pm, Ukraine time on Thursday near the village of Sakharnaya Golovka, 14 miles south of Sevastopol. The video footage shows the moment the breaks of the Russian truck failed and slammed into more than ten vehicles before coming to a halt after becoming engulfed in flames. Russian news agency Ria Novosty quoted local police as reporting one person died in the accident and at least 19 people were injured.

In the video, the truck can be seen starting to speed up as its brakes begin to fail.

Screeching ahead, the truck can be seen colliding with over ten cars before bursting into flames.

The truck crashes into one car and speeds ahead nearly throwing another off the edge of the road, where there is a substantial drop.

A long line of flames is left in the truck’s wake, setting the tarmac on fire, and thick black smoke begins to rise up from the scene of the accident before the truck finally comes to a screeching halt, whilst flames begin to engulf the entire vehicle.

JUST IN: Biden declares monkeypox public health emergency as cases in US soar

Alexander Kulagin, the Deputy Governor of Sevastopol said in a statement: “Medical assistance was provided.

“The ambulance evacuated and hospitalized both adults and children who needed medical attention.

“All are in satisfactory condition.

“On the spot, we are working with drivers and passengers of those cars that were not injured in order to find out what kind of assistance is needed from the Government of Sevastopol – psychological, social and medical.”

@UkraineNewsLive said: “Karma for theft did not have to wait long.”

@Smorkalova said: “He was in such a hurry to sell the stolen grain that he caused a mass accident: in #Sevastopol, the brakes of a truck with #Ukrainian grain failed, which killed one person and injured 19 more It’s called karma.”