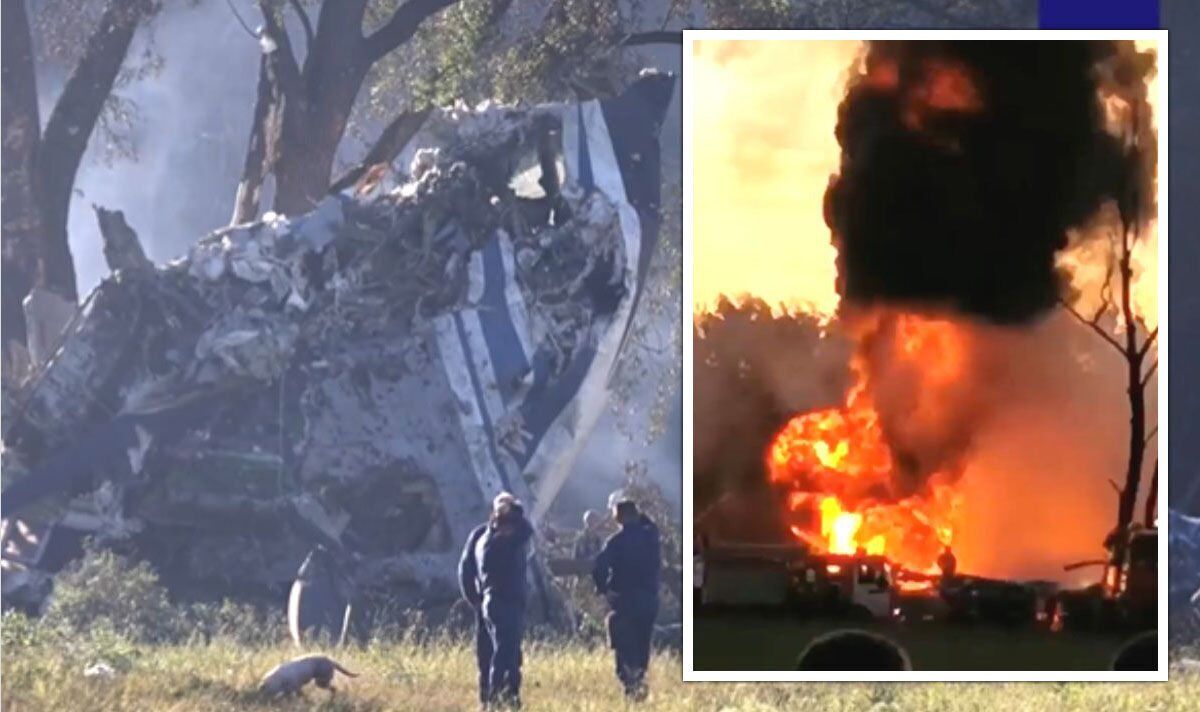 An Ilyushin Il-76 military cargo plane reportedly landing near the Russian city of Ryazan in the west has crashed. At least four of the nine people on board have died, with five others hospitalised. Footage of the crash site showed the plane’s front, where the pilots were sitting, skewered against a tree, separated from the rest of the plane. What appears to be the engine can be seen in flames, with thick black smoke rising above it.

A separate Russian news outlet, Interfax, quoted Russia’s defence ministry as saying the plane had suffered an engine malfunction while on a training flight.

However, the defence ministry gave no indication of the crew members who died during the crash.

It has been speculated that the plane malfunctioned swiftly after takeoff, though other reports have suggested the plane had crashed shortly before it was due to land in Ryazan.

The news will come at an inopportune moment for Russian forces as they struggle to stem the flow of Western weapons flowing into Ukraine.

While Russia began their invasion of Ukraine with a superior chest of weaponry and significantly more troops, Western supplies from NATO and elsewhere have evened the two sides out.

It has allowed Ukraine to first repel Russian forces earlier in the conflict from Kyiv back towards the east.

Since then, the two nations have been locked in fierce fighting, centred around the city of Severodonetsk.