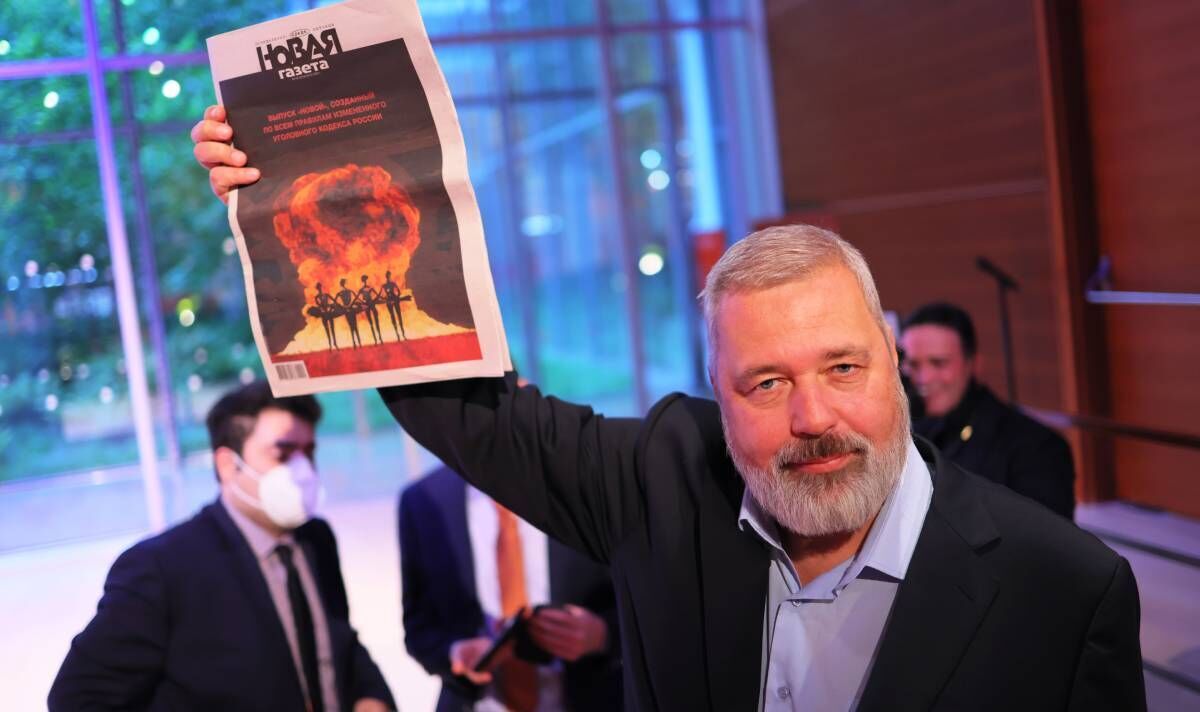 The event, to coincide with World Refugee Day, came three months after he shut his Novaya Gazeta newspaper as Putin banned coverage opposed to the invasion.