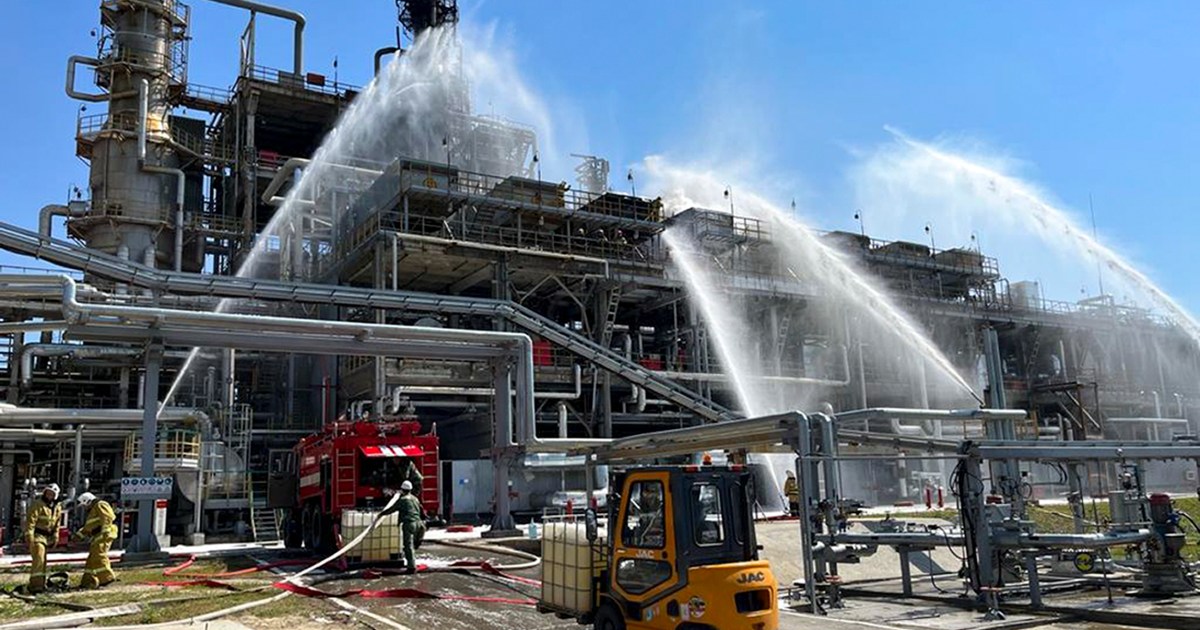 The refinery’s management says operations were suspended after a drone attack targeted infrastructure.

A drone attack has hit a major Russian oil refinery near the border with Ukraine, the plant’s management said, sending a ball of flame and black smoke billowing into the sky and prompting the suspension of operations.

Officials at the Novoshakhtinsk oil refinery in Russia’s Rostov region said the first drone attacked at 8:40am (05:40GMT), hitting a crude distillation unit, triggering a blast and ball of fire.

The second attack, at 9:23am, targeted crude oil reservoirs at the refinery, the largest supplier of oil products in southern Russia, but caused no fire, according to plant management. No one was reported injured.

Russian regions bordering Ukraine have reported attacks and shelling after Moscow sent its troops into its neighbour on February 24 for what it still calls a “special military operation”.

The refinery is in southwestern Russia, just 8km (5 miles) from the border with Ukraine.

“As a result of terrorist actions from the Western border of the Rostov region, two unmanned aerial vehicles struck at the technological facilities of Novoshakhtinsk,” a statement from the plant said.

“Staff have been evacuated and technological equipment has been stopped to assess the damage.”

There was no immediate comment from Ukrainian officials on the alleged attack.

Rostov’s Governor Vasily Golubev said the oil refinery suspended operations. He said fragments of two drones had been found at the refinery.

Footage posted on social media appeared to show a drone flying towards the refinery, before a large ball of flame rose up. Al Jazeera was not able to verify the authenticity of the video.

The refinery, which started operations in 2009, has an annual capacity of up to 7.5 million tonnes.

Russia’s energy ministry said the fire had not affected gasoline and diesel supplies to consumers in southern Russia.

Wednesday’s alleged attack on the refinery follows a series of explosions and fires in western Russia amid Moscow’s war in Ukraine.

Russia is investigating the cause of a large fire that erupted at an oil storage facility in the city of Bryansk, 154km (96 miles) northeast of the border with Ukraine, in late April.

Several other explosions and fires hit refineries, oil depots, and an ammunition storage facility. Ukraine has not officially taken responsibility for the incidents. Some Ukrainian media have claimed they are a result of Ukrainian attacks.