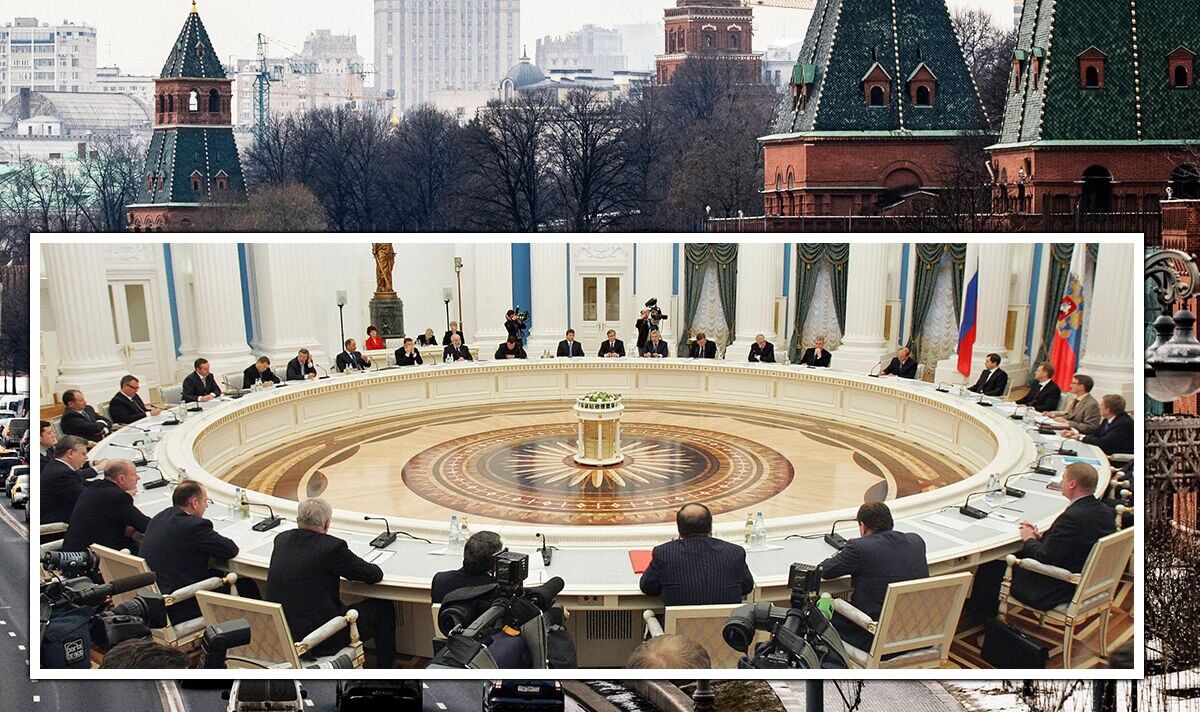 As Vladimir Putin’s war in Ukraine rumbles on, the network of powerful oligarchs in the Russian President’s orbit have increasingly come under scrutiny. Some of the billionaire businessmen said to be close to the Kremlin strongman have been hit with crippling economic sanctions by the West, such as former Chelsea FC boss Roman Abramovich and energy and metals magnate Oleg Deripaska. Although some of Russia’s business elites are allies to Putin, many others have experienced his wrath, such as Kremlin critic Mikhail Khodorkovsky, who was jailed for 10 years in October 2003, just eight months after he confronted Putin at a top-level meeting about corruption.

Khodorkovsky, then Russia’s richest man, accused Putin’s state officials of corruption, before the Russian leader returned the allegation, citing the oligarch’s shady takeover of the Yukos Oil Company as an example.

He later reflected on his battle against Putin and his comments at the oligarchs’ meeting, where he acted as a spokesperson for the businessmen.

“Probably, if I’d had a better understanding of the essence of this regime as a criminal organisation, I would have been able to oppose it more effectively.”

The documentary examines Putin’s rise to power and how he has maintained his grip on Russia for the last two decades.

A look at the presidency of the former KGB operative shows that Khodorkovsky is far from the only person to dub Putin’s administration a “criminal” regime.

Over the years, he has been widely accused of imprisoning political opponents, and carrying out extrajudicial killings, all while Russia has annexed foreign territory, such as the Crimean Peninsula in 2014.

According to William Pomeranz, an expert on Russian law and deputy director of the Wilson Centre’s Kennan Institute, Putin’s war in Ukraine continues his reign of criminality, but in more serious ways.

“Dealing with crimes against humanity, waging an aggressive war, and possibly even genocide.

In his analysis of the Russian leader, Mr Pomeranz looked at other potential acts of criminality during Putin’s presidency.

The legal expert referred to jailed opposition leader Alexei Navalny, Putin’s most vocal critic, who was found guilty of fraud in March and had a further nine years added to his two-and-a-half year sentence.

He said: “Clearly there has been rampant corruption in Russia that has gone unpunished.

“Putin has been able to use the courts to pursue his political enemies, such as Navalny, which has gone unpunished.

“Putin has obviously not observed even a modicum of a notion of the separation of powers initially described in the constitution.

He added: “His other actions, if there was an independent legislature that could hold him responsible, that could be a possibility.

“But clearly there is not an independent legislature. And therefore, Putin would not be charged politically or criminally under the current regime.”

‘Putin: The New Tsar’ is available to stream on BBC iPlayer.