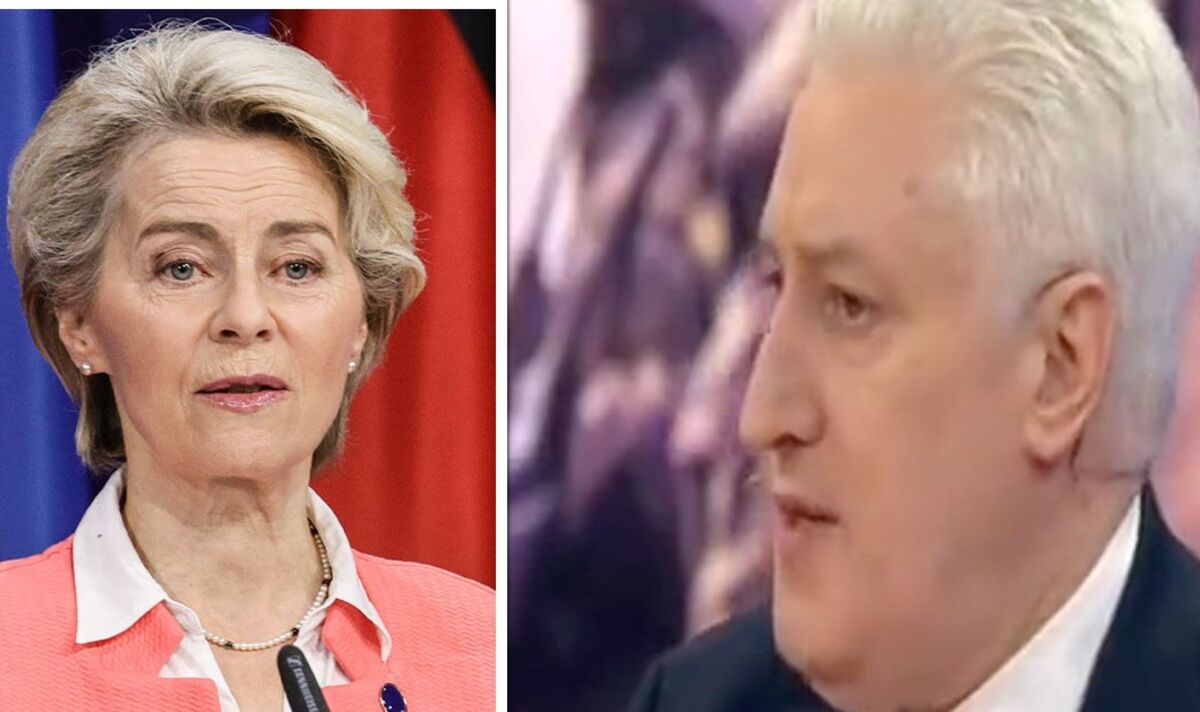 A Russian pundit exploded into a deranged rant over European Union female leaders whom he accused of fuelling up tensions with the Kremlin and being responsible for prolonging the war in Ukraine. He said European Commission President Ursula von der Leyen and other EU female leaders used to be socialists and embrace Russian communist ideology but were later corrupted by the capitalist system due to their political careers.

“Those German women, who among other things are in charge of the Defence Ministry, that impolite, uneducated, Russophobic, but pretty rudely behaving social group.

“It’s they who are the provocateurs and arsonists of the new war.”

Adding the German Foreign Secretary to the list, he said: “Annalena Baerbock, yes!

“Well, I’d just like to say a well-known German phrase: ‘Das is fantastisch! [This is fantastic]’.

“The level of stupidity and despite that, pretension to some kind of exclusivity is simply through the roof.

“That woman is from that series, that generation of housewives who were sitting somewhere in a European kitchen just like Liz Truss who flashed like a bright star in the British political firmament, earned herself an unprecedented pension, and 44 days later burned out.”

“It’s the same generation, I’d say, of aggressive European women who at the start of their career were almost socialists, preached some communist principles and fought for the environment and against American bases and American weaponry in Europe.

“Then, owing to the circumstances, they change their political views.”

The Russian pundit’s rant comes as the European Parliament has designated Russia a state sponsor of terrorism. MEPs argued that its military strikes on Ukrainian civilian targets such as energy infrastructure, hospitals, schools and shelters violated international law.

European lawmakers voted in favour of a resolution calling Russia a state sponsor of terrorism in a largely symbolic move, as the European Union does not have a legal framework to back it up.