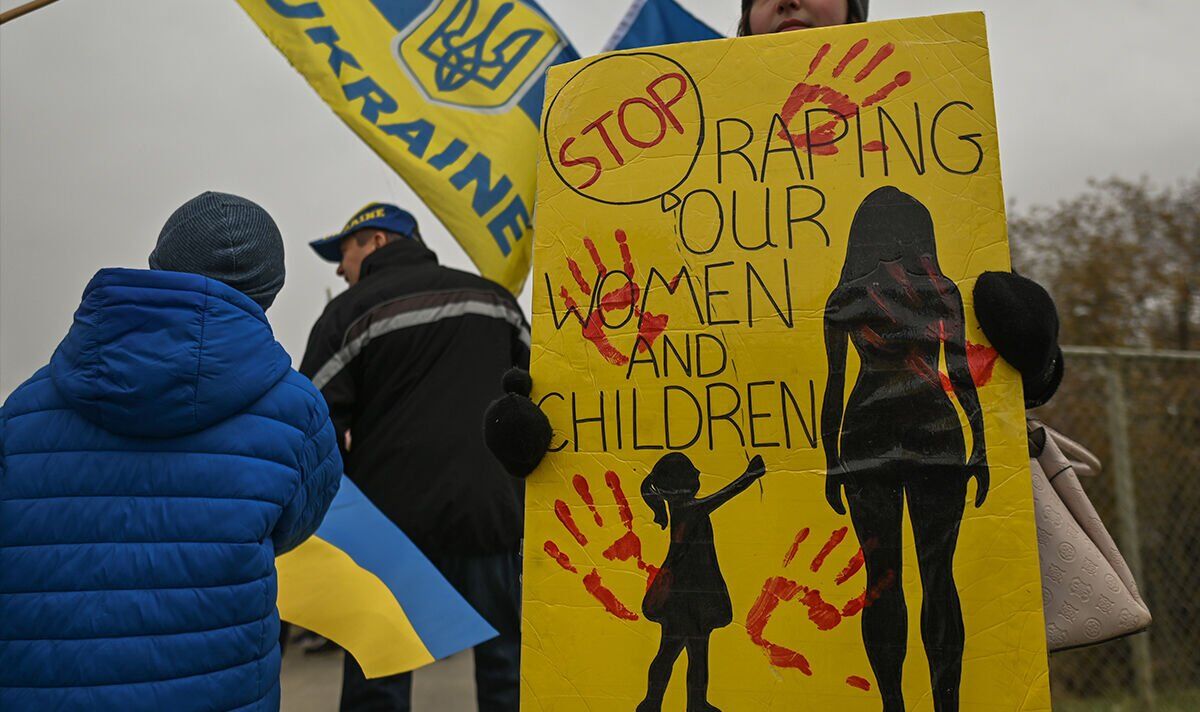 Earlier this month, a UN inquiry into the war found that “war crimes, violations of human rights and international humanitarian law have been committed in Ukraine” since the invasion began – the “vast majority” of which Russian troops were responsible for.

Lyudmila told BBC Radio 4’s Today programme: “One night, I heard a very loud knock at my window. I saw a soldier there.

“When I opened the door, he immediately punched me in the face, knocked out two of my teeth and broke my nose. I was covered with blood.”

The great-grandmother said the soldier who broke into her home in the village of Myroliubivka, in between Kyiv and Mykolaiv, appeared to be in his sixties – just a handful of years younger than her.