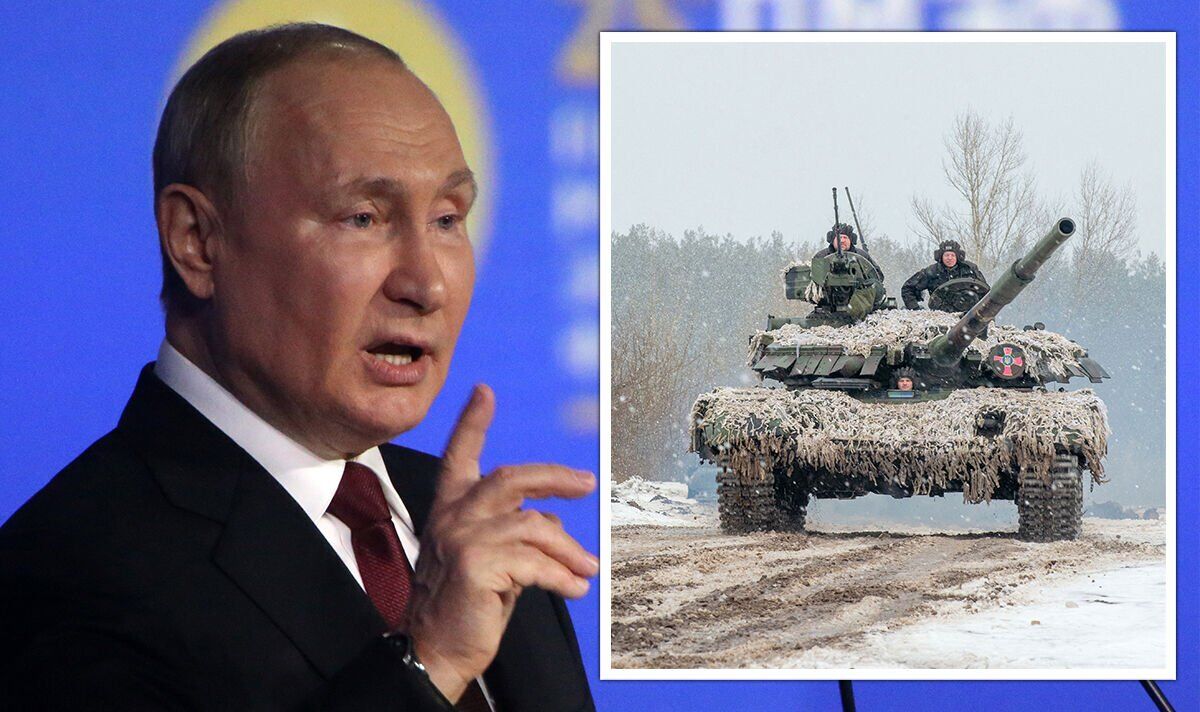 With the focus of the conflict heavily concentrated in the Donbas region in and around the strategic industrial city of Severodonetsk, Ukraine has called on the west to supply extra weapons to defend the territory. Russia has announced it has all but captured the city as heavy shelling continues, however, the cost of the operation has taken its toll on Russian personnel, with many killed or injured in the conflict.

According to the latest MoD report: “The Russian authorities have not released the overall number of military casualties in Ukraine since 25 March.

“The DPR casualty rate is equivalent to around 55 percent of its original force, which highlights the extraordinary attrition Russian and pro-Russian forces are suffering in Donbas..

In light of the losses, Russian forces are continuing their assault on the city of Severodonetsk.

The MoD report continues: “Heavy shelling continues as Russia pushes to envelop the Severodonetsk area via Izium in the north and Popansna in the south.

“Russia is highly likely preparing to attempt to deploy a large number of reserve units to the Donbas.”

Ukrainian defences have been given a boost in the meantime as news emerges a dozen MiG-29 fighter jets will be loaned to Ukraine by Slovakia to stave off Russian attacks.

The extra fighter aircraft are capable of both aerial and ground assaults, and will be likely used in the defence of the Donbas region.

Ukraine has announced however the arrival of a series of heavy artillery and equipment provided by Germany.

Included in the shipment are long-range weaponry and high-precision rockets capable of targeting Putin’s forces from further afield.