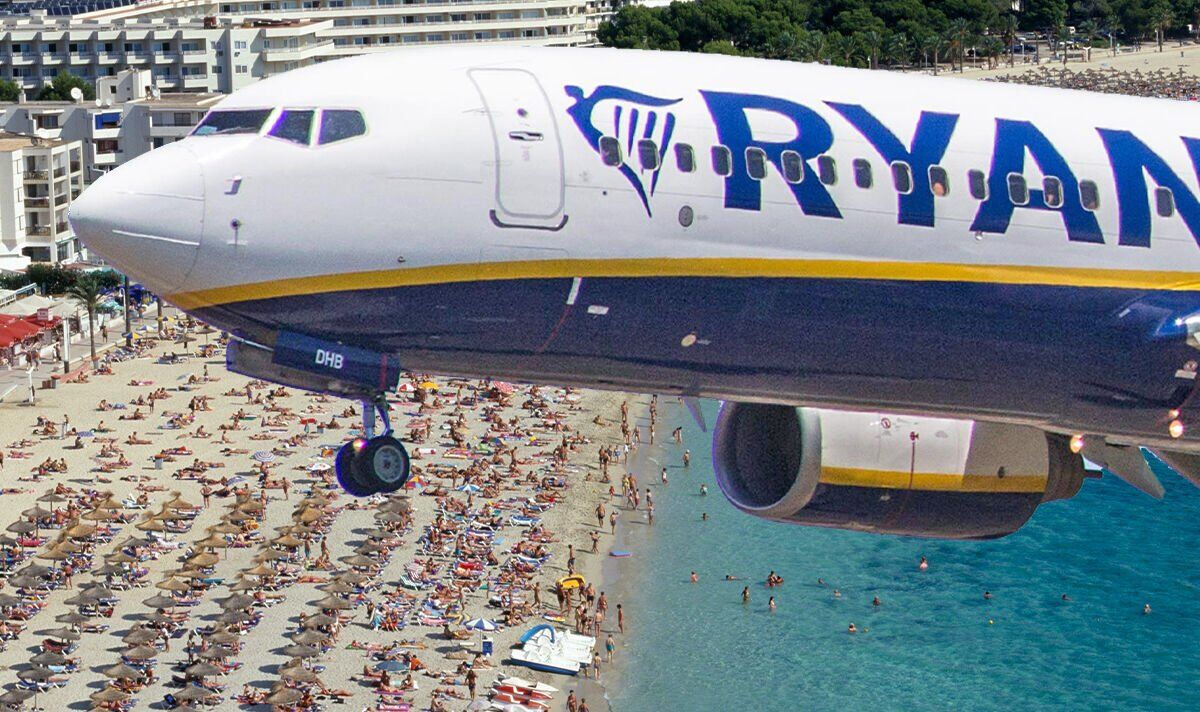 The Majorca to Manchester flight reportedly swerved just 100 feet from a private jet in its path shortly after take off. It is believed passengers on board were unaware of how close the planes had come to a mid-air collision.

Commercial planes are normally required to keep a minimum distance from other aircraft – three to five miles horizontally and 1,000 feet vertically.

An initial investigation shows the Ryanair flight was just one mile away horizontally and a mere 100 feet from the private jet vertically, a distance which could be closed in seconds by the aircraft travelling at 150 miles per hour.

Air traffic control and instruments on the plane should have alerted the pilots to the private jet in their path, however, it is believed that neither did.

Instead, the plane’s crew spotted the private jet from the cockpit and turned to avoid a mid-air collision. The Ryanair flight had recently taken off from Palma Airport in Majorca and was accelerating rapidly.

A Ryanair spokesperson said in a statement: “The crew of the flight from Palma to Manchester took immediate action upon identifying a converging light-type aircraft and as result, the aircraft remained well clear and the flight continued to Manchester.

“The event remains under investigation, and we are continuing to liaise with the respective competent authorities in support of the associated processes.”

The planes are believed to have been just 20 seconds away from a potential collision before the Ryanair flight turned. Pilots are trained to always turn right when they are worried they are too close to another aircraft.

The Spanish-registered private jet, a Cirrus SF50, had recently taken off from nearby Son Bonet airfield and was rising through 100 feet.

The report stated: “The investigation has determined that the incident occurred because an aircraft was given clearance to land on a runway that was occupied by another aircraft in the process of taking off, without respecting the regulatory distance.

“Deficient planning by the air traffic controller, who took advantage of a gap between two landings to authorise a take-off, is considered a contributing factor in the incident.”

The plane trying to land flew in from Germany and carried 186 people, while the other plane was headed to Liverpool with 185 aboard.

The report stated that visibility had been good at the time of the incident and showed that the number of flights coming in and out of Malaga at the time was not a contributing factor.