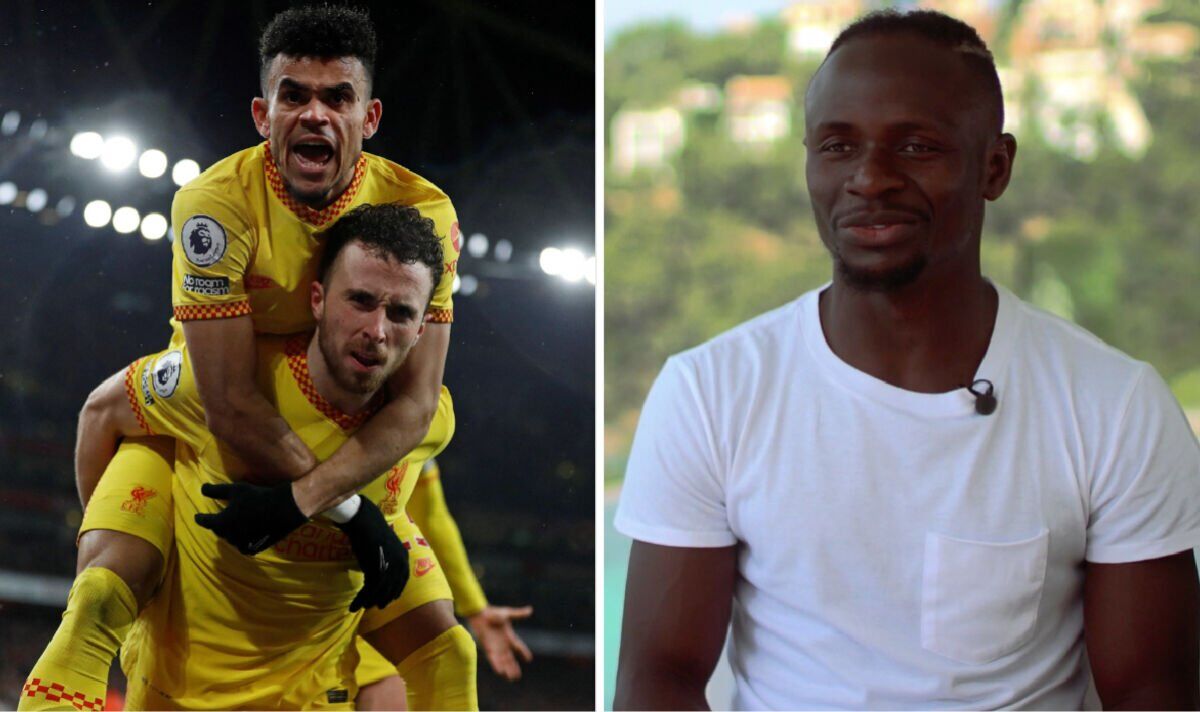 Sadio Mane has named Diogo Jota and Luis Diaz as two players who will help to fill the void at Liverpool left by his move to Bayern Munich. Mane’s move to the German giants was confirmed on Wednesday afternoon with a touching 585-word statement from Liverpool paying tribute to the 30-year-old’s “six brilliant seasons” with the club.

The Reds wrote: “From his 269 appearances for the club, Mane delivered 120 goals, 38 assists and countless smiles and memories. A devastatingly effective player with an infectious personality, he will, quite rightly, go down as one of the best forwards in Liverpool’s illustrious history.”

Mane – a Champions League and Premier League winner at Anfield as well as lifting both domestic cups last season – joins Bundesliga champions Bayern on a three-year contract in a deal that could be worth up to £35million. And he gave a lengthy interview to discuss his exit from Liverpool.

Jurgen Klopp has already replaced the Senegalese wide-man in the squad this summer with Darwin Nunez, the Uruguayan striker signed from Benfica in a deal that may reach a club-record £85m fee. And Liverpool also signed Luis Diaz from Porto back in January for £37m with a further £12m in add-ons, and he produced six goals and five assists in 26 appearances.

Mane thinks Diaz and Jota, who scored 21 goals and provided eight assists in his second season on Merseyside last term, can help fill the void he will leave behind. That’s as he discussed his iconic link-up with Mohamed Salah and Roberto Firmino, two team-mates with whom he developed a formidable on-pitch relationship under Klopp.

Salah told Liverpool’s official website: “Wow, for sure, Bobby and Mo – what players! I think there are no other secrets because playing alongside these great players, they make everything easier for me.

“I think I am just supporting this and especially Bobby, who always dropped and made space for me and Mo, I think it was just incredible. These two players, Liverpool still have great players. And you have now Diogo and Diaz also – wow, what a player they have!

“But it’s normal, it’s the best club in the world, so I wish them all the best. But for me football is always about dedication and to work very, very hard. That’s what I trust and those players did it and are doing it, so I think it will work always well for them.”

“I just want to say good luck to them [the Liverpool players] and I have an eye on them. And for sure they will be even better because I know the boys: great players, great talent, great maturity and attitude, so of course, Liverpool will always stay even better, for sure.”