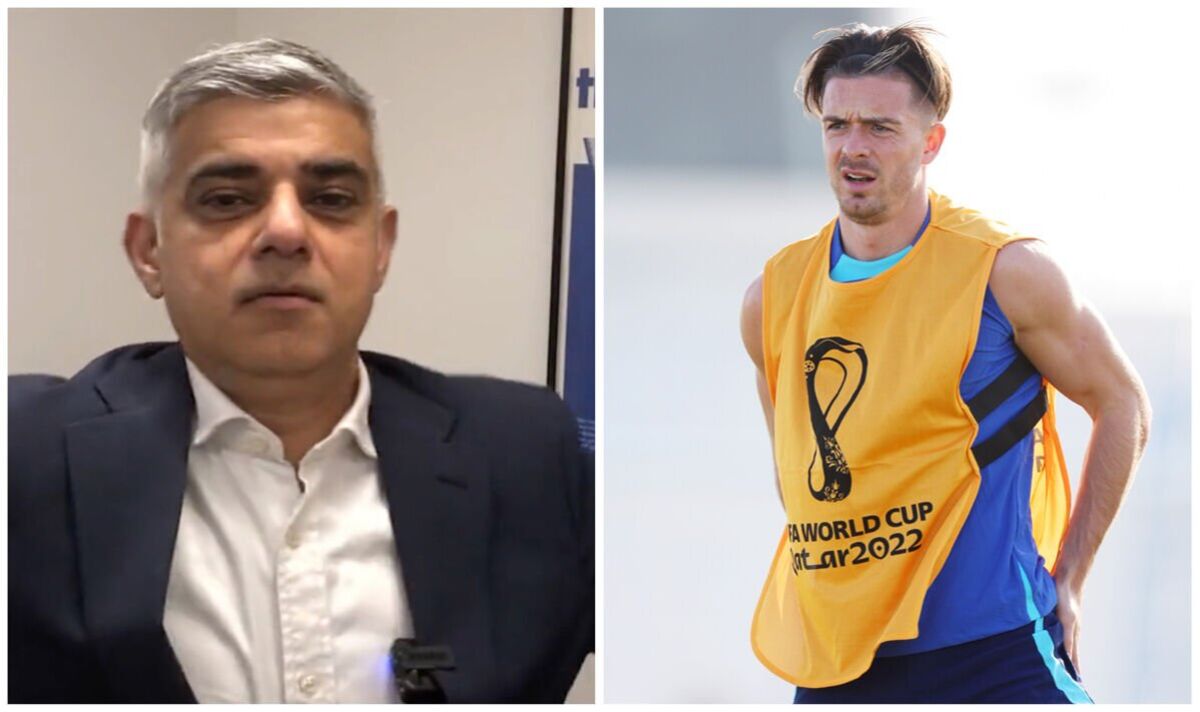 The 27-year-old playmaker made good on a promise to a young fan with cerebral palsy. Finlay Fisher, 11, had asked Grealish to perform the routine next time he scored a goal.

Grealish has struck up a relationship with the youngster as his sister also suffers from the condition. The midfielder scored the sixth goal in the big World Cup win.

But Labour Mayor Khan has now joined in on the dance ahead of England’s second Group B game against USA. “This is my Jack Grealish celebration,” declares Khan in a clip tweeted by the Evening Standard.

“I’ve done that Rashford goal on a Sunday when I played football,” he tells the journalists. “You take it with the right and hit it with the left.”

Khan continues: “I was surprised at the six goals. I was also disappointed with the two [England conceded]. Love the Americans as I do, I hope we spank them tonight.”

In a far more heartwarming video, Grealish is seen calling Finlay after making good on his promise against Iran. “You’ve been famous, ain’t ya?” the former Aston Villa man Grealish tells the schoolboy.

“I’ve been everywhere!” Finlay adds, before admitting that he thought Grealish might forget about doing the celebration. But the England hero tells him: “No, I didn’t forget! Do you know what? I nearly scored last week against Chelsea, and I thought, ‘I’m gonna do it for him tonight’.

England face USA in their second Group B game on Friday evening. Grealish is expected to start as a substitute.