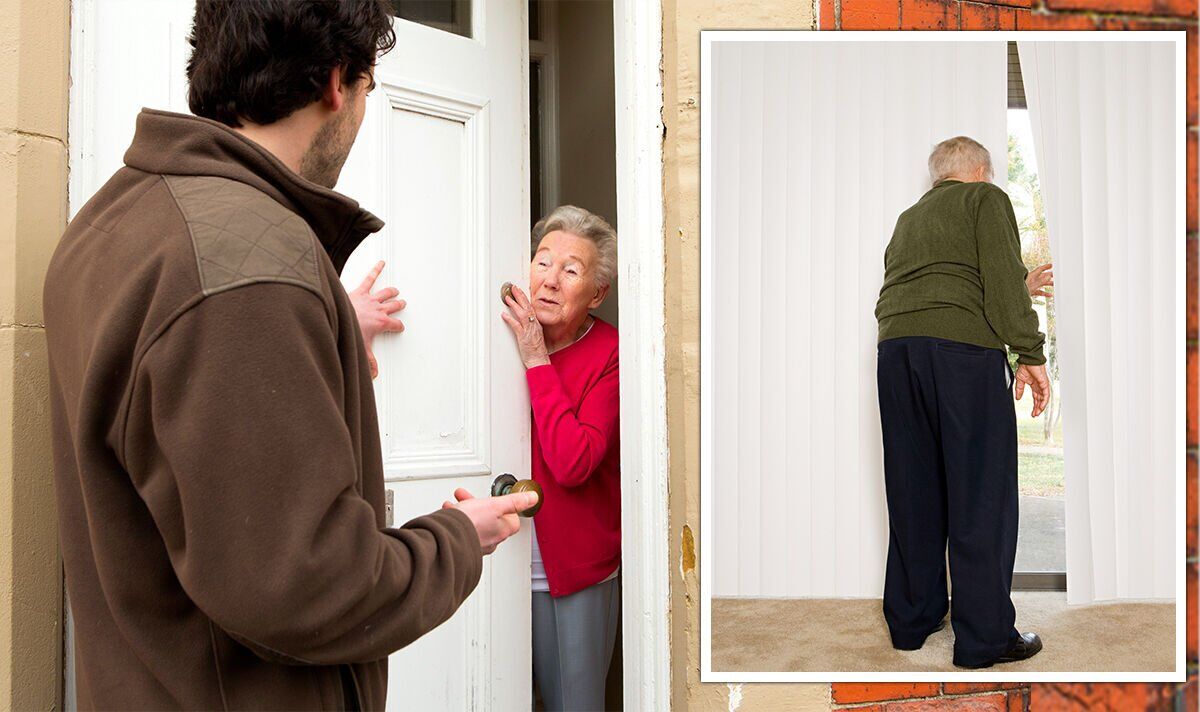 Scam warning issued as fraudsters could turn up at your door – Briton loses £640,000

Unfortunately, scammers are rife, with developing tactics on how to dupe their next victim. One type of fraud which is increasing in popularity involves a network of methods of communication.

Britons may be going about their typical day when they receive a phone call claiming to be from the police.

Telling the person they have their name and address, all the individual is told they need to do is confirm their bank details and PIN.

It is at this point many people will panic, as the matter sounds serious, especially when the so-called police ask them to withdraw £5,000 in cash to use as evidence.

However, once the scammers have this key information and money in hand, they disappear – never to be seen again.

This is known as courier fraud, with unsuspecting victims being reeled in and targeted.

Crimestoppers, an independent crime-fighting charity, has been looking into the devastating impacts of courier fraud.

It found around 60 percent of the victims of this type of scam are over 70.

The average loss per person is approximately £5,000, but sadly some lose much more.

READ MORE: Dave Ramsey suggests how widow who ‘can’t afford to eat’ can get by

The highest single sum stolen last year was a staggering £640,000 – showing the extreme impact this type of fraud can have on Britons.

To those who are targeted, the consequences can be understandably devastating.

Action Fraud has offered guidance on how Britons will be able to protect themselves from being attacked in this way.

Firstly, individuals should be aware their bank or the police will never call them to ask them to verify their details or PIN by phone, or offer to pick up a card by courier.

If someone claims to be able to do this, Britons should put the phone down immediately.

If a person needs to call their bank back to check, Action Fraud says they should wait five minutes as fraudsters may stay on the line even after someone hangs up.

Finally, a debit or a credit card belongs solely to an individual, so they should never let anyone take it from them – only handing it over at their bank.

If a card is cancelled, Britons should destroy it themselves to avoid anything untoward happening.

Individuals can report issues to Crimestoppers 100 percent anonymously, via phone or online.

Support is also available through Action Fraud if someone has been a victim of courier, or any other type, of fraud.

Those who have already given their bank details over the phone or handed over their card should call their bank straight away.