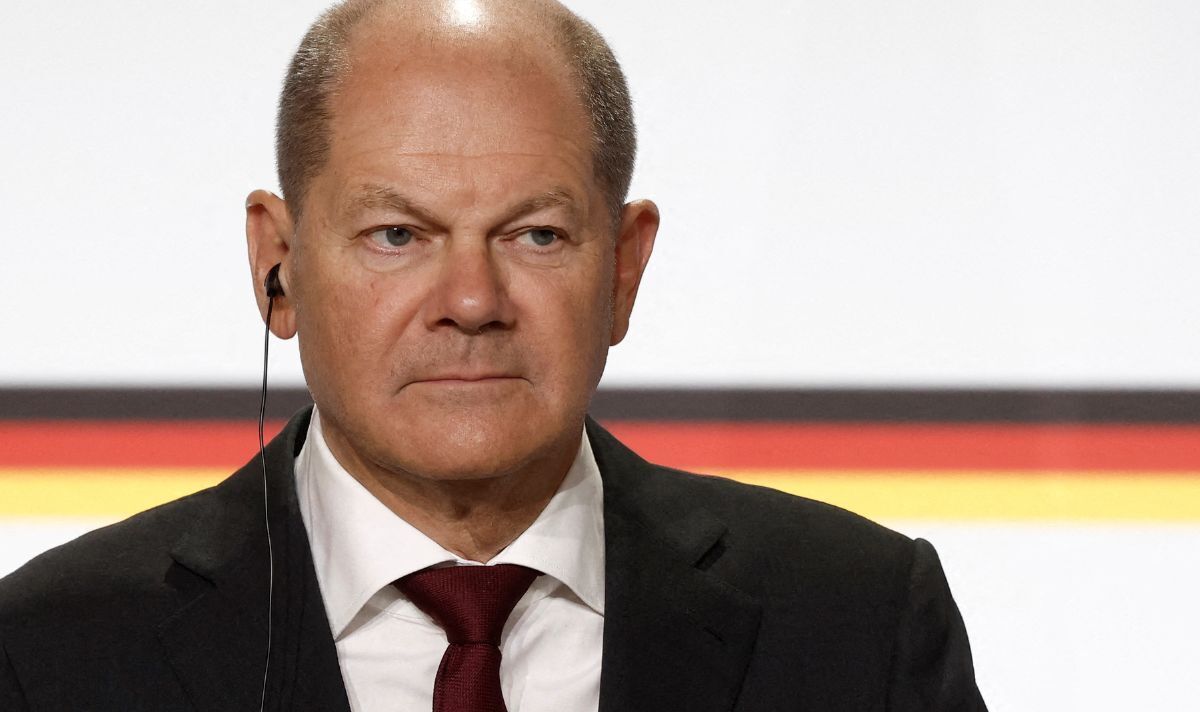 The chair of the Polish parliament’s EU Affairs Committee has slapped down Olaf Scholz and the German Chancellor’s Social Democratic Party colleagues for Berlin’s refusal to allow Ukraine‘s armed forces to receive main battle tanks from Western allies. On Tuesday, the Polish Government asked Germany for official permission to export the country’s own fleet of German-made Leopard 2 tanks to aid Ukrainian forces.

Kacper Płażyński, from the ruling Law and Justice Party, has used his position as chair of the Polish parliament’s EU Affairs Committee to hit out at the “crazy run for blood money” which he sees as being at the root of the German Government’s hesitancy to supplying the tanks.

“They are just in this crazy run for bloody money without showing respect for human life.”

“For all this ‘European values’ stuff that everybody loves to talk so loudly about when it comes to taking action, real action they are stepping back or are completely absent.”

Express.co.uk has contacted the German Federal Chancellor’s Office for a response to Mr Płażyński’s claims.

It comes on the same day that Poland’s Defense Minister Mariusz Błaszczak announced that Berlin had received Warsaw’s request to be allowed to ship their own stock of Leopard tanks to Ukraine.

German officials did not immediately confirm the receipts of Warsaw’s request despite Mr Błaszczak’s statement which the Defence Minister made on Twitter.

The development on possible tank deliveries came as Ukrainian authorities moved to crack down on corruption, with three senior officials announcing their exit Tuesday.

Meanwhile, Downing Street has said the UK will not dictate to allies what form support for Ukraine should take, amid the increasing pressure on Berlin to step up its response.

The Prime Minister’s official spokesman said the UK Government will not “dictate to other countries exactly what they should or should not provide – first and foremost that must be for those countries”.

He added: “We look to work with our allies in lockstep as much as possible. Our approach has borne fruit.

“You’ve seen the huge amounts of equipment, material and financial support that has been provided to Ukraine since the start of the war.”