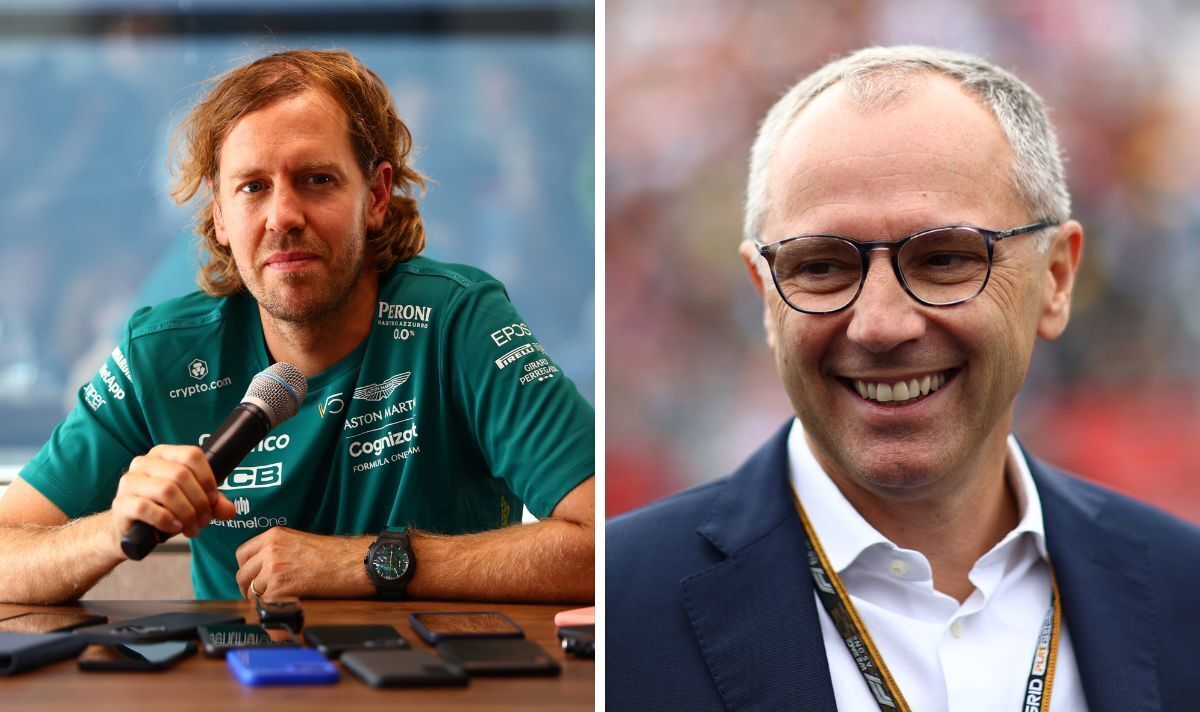 Formula 1 CEO Stefano Domenicali has suggested he could offer Sebastian Vettel a new role after he retires at the end of the 2022 season. Last week, Vettel announced his surprise retirement from racing, aged 35, but he may continue contributing to F1 once his stellar career comes to an end.

During Hungarian Grand Prix weekend, Domenicali admitted his shock over Vettel’s announcement. “I read it on the news,” the former Ferrari boss explained. “Now, I will speak to Sebastian.” And in a recent interview with Sport Bild, he has since confirmed a conversation had taken place.

Domenicali has indicated he would welcome Vettel aboard the F1 ‘system’ after calling quits as a driver. However, any role is unlikely to be immediate as he believes the four-time world champion wants to spend time with his family after the season. He said: “Among other things, we talked about his decision and the future.

“Sebastian will always be associated with Formula 1. And, of course, we want that connection to remain close in the future. If he is interested in becoming part of our system and the approaches fit together, I would, of course, welcome him here. But we already know that, after the season, he wants to sort himself out and enjoy time with his family.”

After announcing his retirement, Vettel, vocal against climate change and environmental issues in recent years, suggested his activism played a role in the decision. “Obviously, travelling the world, racing cars and burning resources, literally, are things that I cannot look away from,” the German stated.

“Once I think you see these things and you are aware, I don’t think you can really unsee it. When it comes to the climate crisis, there is no way that F1 or any sport or business can avoid it because it impacts all of us. Maybe it’ll be pushed back or be more quiet, but it’s only a matter of time – that we don’t have.”