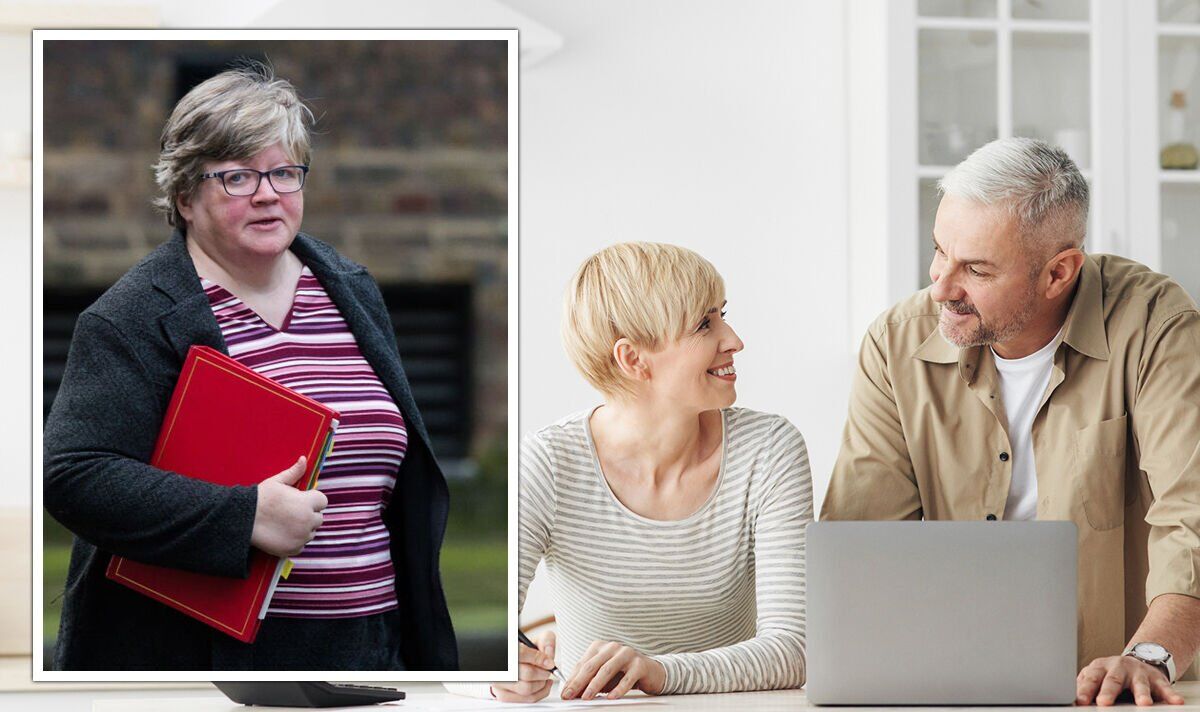 ‘Send it back!’ Wealthier pensioners urged to give up triple lock rise due next year

The state pension triple lock is set to make a return next year, after being temporarily scrapped in 2022 due to perceived lack of affordability. With inflation continuing to creep up, and forecasted by the central bank to hit 11 percent by the end of the year, a substantial rise is expected for pensioners.

The annual payout for retirees is due to break the £10,000 mark for the first time next year – providing a boost to pensioners.

However, the DWP secretary Therese Coffey has acknowledged not all older people will need or want this increase.

Former Chancellor Lord Clarke suggested to BBC World at One that individuals such as himself should not be provided with increases, and instead that lower income people should be “protected”.

Speaking to the same programme, Ms Coffey acknowledged she was “conscious” of wealthier pensioners.

READ MORE: Scam warning issued as fraudsters could turn up at your door

The triple lock confirms the state pension as increasing by the highest of: 2.5 percent, average earnings or inflation.

The Chancellor of the Exchequer Rishi Sunak has defended the decision to reinstate the triple lock mechanism, amid arguments about pay restraint for working Britons.

Speaking to Sky News, he said: “It’s right we reward our hard-working public sector workers with a pay rise.

“But that needs to be proportionate and balanced with the need to not make inflationary pressures worse.

“Pensions are not an input cost, so they don’t add to inflation in the same way.

“We have a long-standing policy in place, the triple lock which protects pensioners because they are among the most vulnerable in our society.”

Meanwhile, although some may choose to reject the increase, low income pensioners on the other end of the wealth scale have been urged to act.

Those on a low income have been encouraged to claim Pension Credit to boost their income while they wait for the state pension increase.

Henry Tapper, Chair of Pension Playpen, said: “Better news is on its way as the Treasury confirms that it will reinstate the triple lock, but that won’t be till April next year.

“Meanwhile many pensioners will be in increasing poverty. If you are struggling and over 66, or if you know someone who is, call the Pension Credit helpline.

“Pension Credit is reckoned to be worth £3,000 per year but it’s also the door to more help from the Government.”