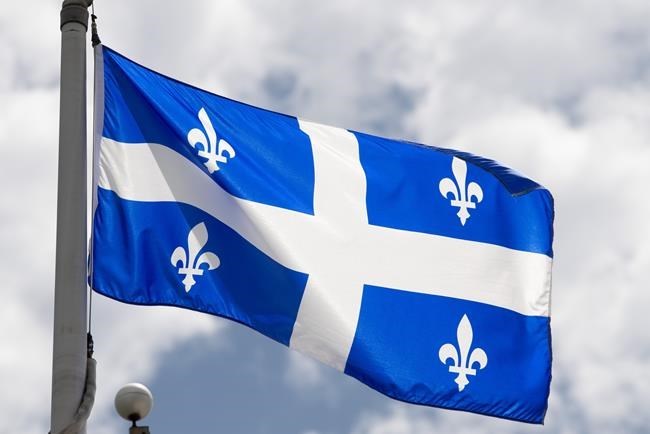 GATINEAU, Que. — Global Affairs Canada says it is “extremely concerned” about allegations that a Senegalese diplomat was detained and beaten by police in an Ottawa suburb last week.

“What happened was simply unacceptable,” Sabrine Barakat, a spokeswoman for Global Affairs wrote in an email Saturday.

The Senegalese Ministry of Foreign Affairs said that the diplomat, who works at the West African nation’s embassy in Ottawa, was restrained and assaulted at her Gatineau, Que., home on Aug. 2.

She was “handcuffed and savagely beaten, to the point that she had difficulty breathing, which led to her being taken to the hospital by ambulance,” the ministry said in a release dated Thursday but only made public on Friday.

The ministry did not immediately offer further details on her condition.

The Gatineau Police Service said in a news release, issued Friday evening in response to the claims made by the Senegalese government, that officers were called to assist a bailiff who was attempting to execute a court order on Tuesday afternoon.

Police said the subject of the court order, identified only as a woman with diplomatic status, was “aggressive and refused to cooperate.”

They alleged that when officers attempted to explain the process, the woman struck a female police officer in the face.

The officers then decided to arrest the woman “for the safety of everyone present,” according to the release. Police alleged the woman resisted arrest, bit another officer and was then tackled to the ground, where she was restrained.

The bailiff then carried out the court order while the woman was “detained in the back of a patrol vehicle, under the supervision of a police officer,” the police statement said. “At no time did the person mention being injured or in pain when questioned.”

Police say they were called back to the same location, around an hour and a half after they first arrived, by paramedics who were treating the woman, but did not offer further details, only saying that around 10 people were present.

The Senegalese government said the charge d’affairs at the Canadian Embassy in Dakar, the Senegalese capital, was summoned to the Foreign Affairs Ministry so officials could “vigorously denounce and strongly condemn this racist and barbaric act.”

A note of protest has been sent to the Canadian government, it said.

“The government of Senegal has demanded that an investigation be launched without delay and that charges be brought against the perpetrators of this unacceptable assault, which constitutes a serious infringement of the person’s physical integrity and human dignity, as well as a flagrant violation of the 1961 Vienna Convention on Diplomatic Relations,” the ministry said.

Barakat said Canada takes its obligations under the convention — which gives diplomats immunity from any form of detention or arrest — very seriously.

“We are working diligently with the different levels of government involved and look forward to a thorough investigation,” she wrote. “Minister Joly is in contact with her Senegalese counterpart. Canada will continue to fully cooperate with Senegal to address this regrettable situation.”

The police service said it will not comment further, due to the possibility of judicial proceedings, but that it will cooperate with any investigations.