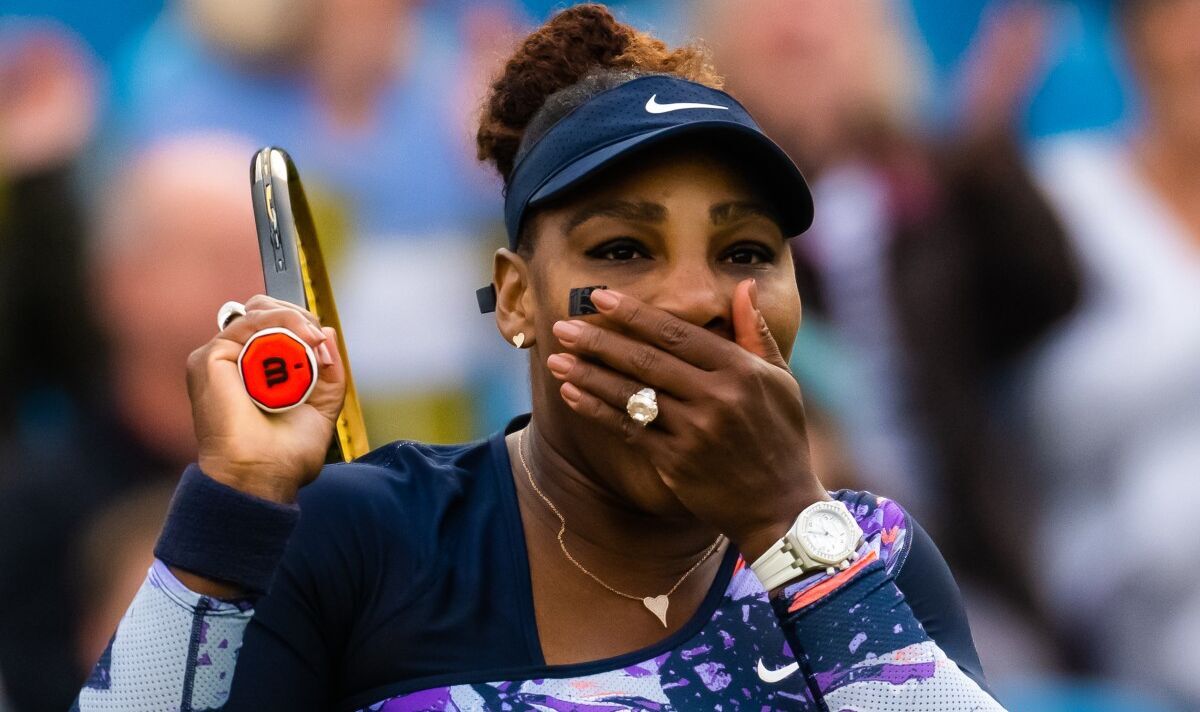 Serena Williams has admitted that there were times during her year-long battle for fitness that she could have called time on her career. But after a winning return in the doubles at Eastbourne, she is putting no limits on what she can still achieve in the game.

The 40-year-old made a nervy, error-strewn return to the court and it was her reputation and indefatigable spirit as much as anything that got her over the line in a thrilling tie-break.

And after she and partner Ons Jabeur beat Marie Bouzkova and Sara Sorribes Tormo 2-6, 6-3, 13-11, Williams admitted the year-long battle with her hamstring injury had been hard. “Was there a moment when I thought I would not be able to play tennis again? Absolutely, for sure,” Williams said.

“I would be dishonest if I said it wasn’t. After I couldn’t play New York — I just went, just cold turkey of not working out and it felt good.  I gave myself a timeline of a year so I gave myself enough time to be here and to be playing.

“And, yeah – and now my body feels great.  It’s doubles, I’m only playing half of the court.  But I’ve been doing a lot of training and so it definitely feels good.”

A 90mph opening serve marked the beginning of what has to be the last chapter of her career. But a 114mph ace helped win the second set and set up the eventual victory. Clearly, mobility is an issue after so long out, as, initially, was accuracy.

But the power and determination seems to be in there as strong as ever and the comeback win earns the 23-time grand slam winner another outing at least on the East Sussex coast before heading to Wimbledon.

“I definitely felt good out there and I was talking with Ons in the first set and I said, ‘We’re not playing badly,” Williams said. “But obviously winning and getting more balls and playing a little bit more made us feel a lot better and it definitely felt reassuring.

“It’s clicking in practice and now it seems like it’s clicking. It’s doubles but it still means a lot to both of us to be in it.“

“Wimbledon is so different, you know?” Williams added. “Again, it’s really just about taking a day at a time and a match at a time and just going for those whenever you can, at best. As for next year? I love tennis and I love playing, or else I wouldn’t be out here, right?  But I also love what I do off the court.”