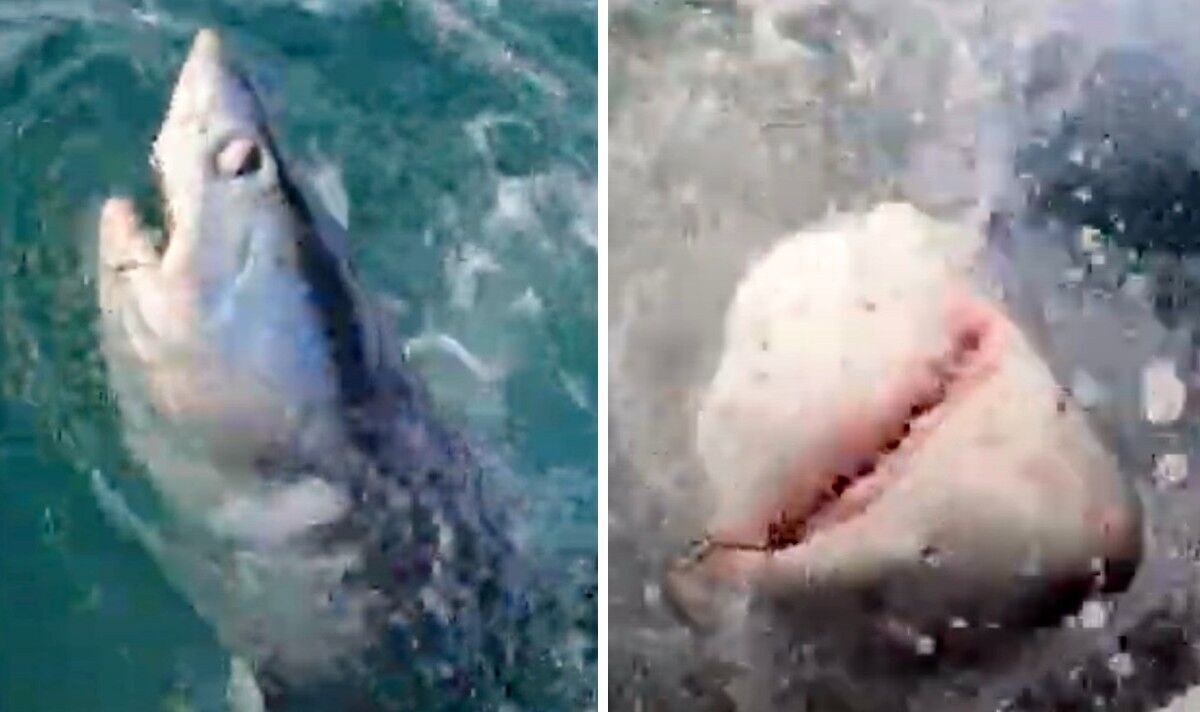 Ray Breton, 53, was fishing near the Isle of Wight when he was confronted with the enormous porbeagle shark. The shark, which was attracted by the mackerel bait on Mr Breton’s rod, snapped his rod clean in two.

The porbeagle shark, stunning the unsuspecting angler, weighed in at over 300lbs.

Porbeagle sharks are sometimes mistaken for great white sharks, although they are significantly smaller in size.

The shark is described as a “powerful, squat-bodied shark” by fishing experts at British Sea Fishing.

It is typically found closer to the UK coastlines during the summer months.

The organisation described the shark as one favouring deeper water, where it “actively hunts in mid-water for mackerel, herring and squid”.

It added: “Its alternative name of mackerel shark is due to it feeding on this species, and not because it looks like, or is related to mackerel.”

However, in other parts of the world, they can reach double this size.

Large porbeagle sharks may measure a staggering 12ft in length, with the UK maximum thought to fall between seven and ten.