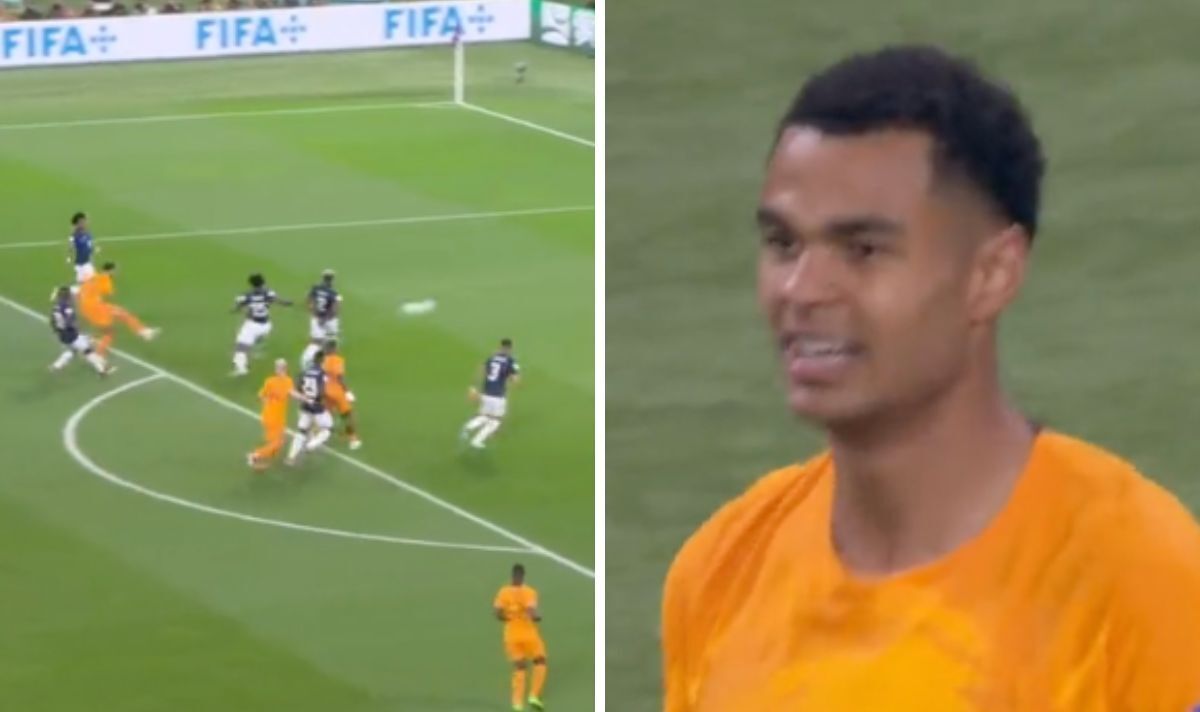 Manchester United fans have demanded the club sign PSV Eindhoven forward Cody Gakpo as he continues to light up the 2022 World Cup with the Netherlands. Gakpo left viewers drooling with a sensational strike in the opening stages of Friday’s crunch clash with Ecuador.

The Netherlands are battling Ecuador at the Khalifa International Stadium for the honour of topping Group A heading into MD3 in Qatar. And Gakpo handed Louis van Gaal’s side a dream start in the sixth minute, producing a stunning strike to break the deadlock.

After receiving the ball at the end of the penalty area, the 23-year-old forward took one touch before rifling a left-footed effort past a helpless Hernan Galindez. The effort with his weaker foot produced his fourth goal in his last five Netherlands appearances and has continued to rocket-launch his stock ahead of the January transfer window.

Gakpo also netted the opener in Monday’s 2-0 victory against Senegal, timing his run to perfection and heading past Edouard Mendy to cut an edgy contest wide open. And after his latest contribution, many United fans have hurried onto Twitter to beg the club to recruit another of Ten Hag’s transfer targets.

@NickoTaylor_ wrote: “Get him signed now, what a goal by Gakpo.” While @choco_boiii posted: “Gakpo is a must buy @ManUtd.”

@Gerardmcc01 said: “If this club is smart then they’re doing the Gakpo deal right now.” As @naicker_theron added: “Gakpo wants to come to Manchester!!! Bring him to the red side!!! What a player!!!!”

Meanwhile @FUTURO_MUFC tweeted: “This Gakpo guy is needed at La Theatre. Bring him in asap and let Ten Hag develop him.” @ant78mufc wrote: “Hope United people are doing deals behind the scenes to get Gakpo to United straight after Christmas.”

Gakpo will reportedly be available for £43million in January, an increasingly attractive price every time he steps onto the pitch. The Dutchman has been directly involved in 34 goals in 28 games for club and country this term, registering 16 goals and 18 assists.

But with the Glazers looking to sell United in the coming months, it’s difficult to see why they would sanction such a high-profile deal. In approving a deal for the talented forward, though, they would be handing Red Devils fans the perfect parting present after their 17-year spell at the helm.