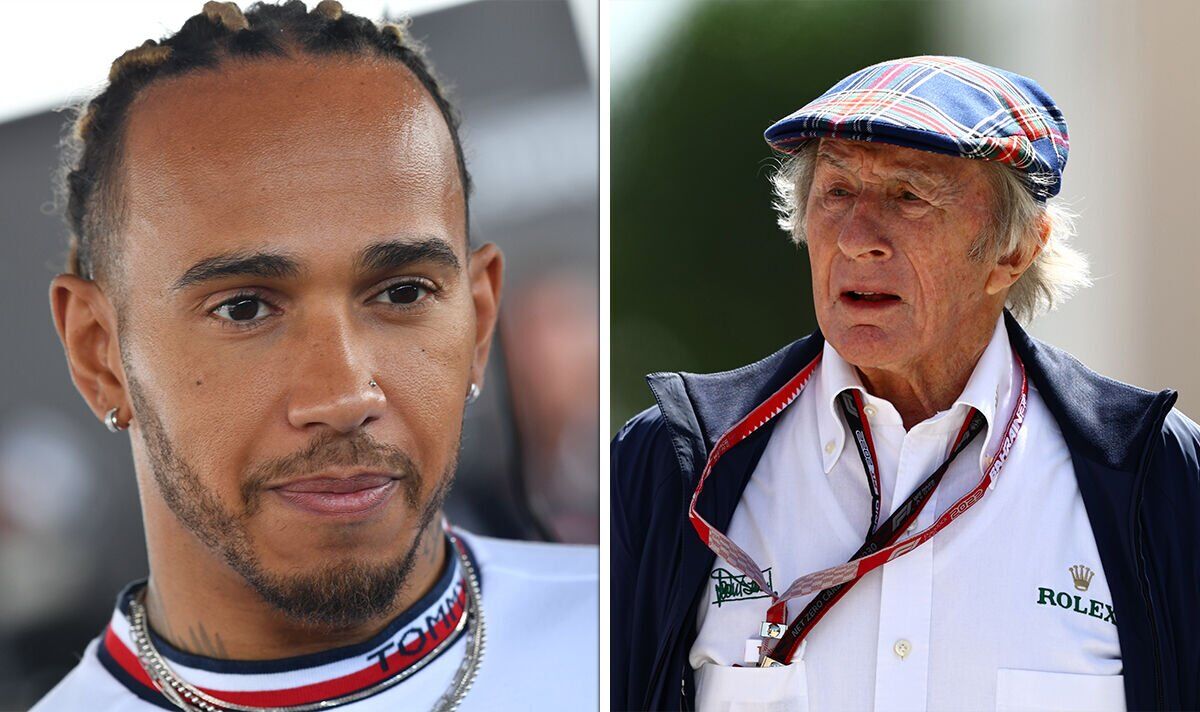 Lewis Hamilton has been urged to retire from Formula One by legendary three-time world champion Jackie Stewart. The Scot says Hamilton should leave the sport before he goes through the “pain” of not being able to do what he used to do behind the wheel.

He has suggested the seven-time champion will still be “very successful” when he leaves F1 due to his other interests. Speaking to the Convex Conversation Podcast, Stewart said: “It’s time for him to resign.

“He’s got music, he’s got culture, he loves clothing and the rag trade would be absolutely suitable for him. I’m sure he’ll be very successful because he’s been earning a huge amount of money, rightfully so because he’s been the best of his time.”

Hamilton has struggled this season with just two podiums to his name from the first eight races. He sits almost 100 points behind rival Max Verstappen in the standings as the Silver Arrows come to terms with their car being the third-fastest on the grid.

Stewart added it would be “difficult” for Hamilton to handle being beaten by team-mate George Russell. The former Williams man has finished ahead of Hamilton at every race this season bar from the opening event of the season and Canada last time out.

Stewart insists it is “wiser to stop” than to continue and not reach the form of previous years. He added it is a “pity” Hamilton would not be retiring at the top of his game but admitted that is unlikely to happen now as Mercedes continue to struggle

He explained: “He’s now struggling a little bit because he’s had a new teammate who’s been quicker than him in qualifying so far, which is gonna be difficult for him to handle. Lewis is in that group of the Ayrton Sennas and the Alain Prosts or even the Jackie Stewarts maybe.

“It’s a pity he wasn’t resigning at the top but I don’t think that’s gonna happen now. But nevertheless it’s wiser to stop than go through all the pain of not being able to do what you did before.

“He’s carried the sport very well. I would like to see him resigning now.” Hamilton has previously denied rumours he was set to retire, claiming it was not in his DNA to quit.

However, ahead of the Canadian Grand Prix he failed to deny he could be forced away if the porpoising issues were not fixed. The Briton was seen in visible pain after the Azerbaijan Grand Prix, even saying his back was “killing” him during the race.

In a cryptic message, He explained that “only time will tell” if porpoising would play a factor in him signing a new deal past the end of next season.