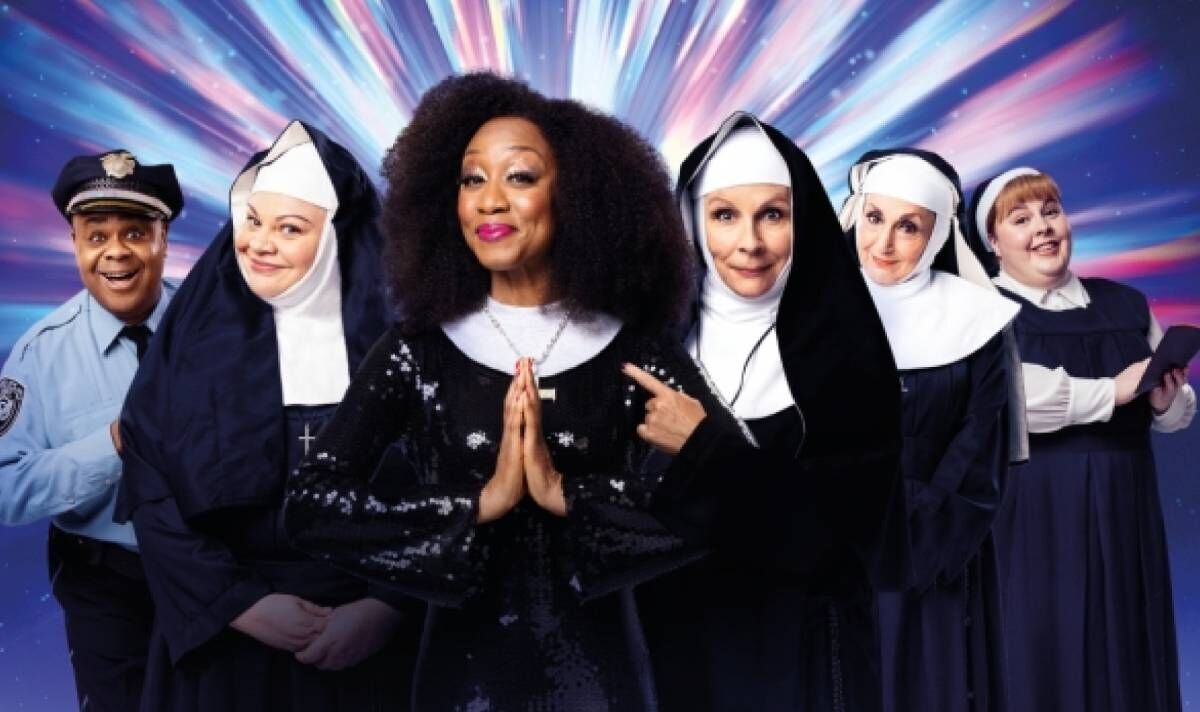 As the gangster’s moll who witnesses a murder and is forced to hide out in a convent where she teaches the tin-eared nuns to sing, Knight makes the role her own and then some. With her flamboyantly abundant hair, glamorous frocks (until she swaps them for a nun’s habit) and turbocharged lungs, she resembles a young Diana Ross.

Not blessed with a great singing voice, she does the Rex Harrison thing and speak/sings her songs, which works fine.

It has help from Morgan Large’s simple but effective stained glass set design, Seventies’ styling and the exuberance of the cast, including Lesley Joseph as a gravel-voiced rapping nun and Lizzie Bea as postulant Sister Mary Robert.

The dialogue is fast and witty (with a couple of mischievous nods to The Sound of Music), the choreography tight and lively and the extended sequence in which Deloris teaches the nuns how to sing is as joyously uplifting as it is unlikely.

The double meaning in the number Take Me To Heaven bookends a show about the strength of sisterhood and the power of song.

It puts a smile on your face that refuses to leave.