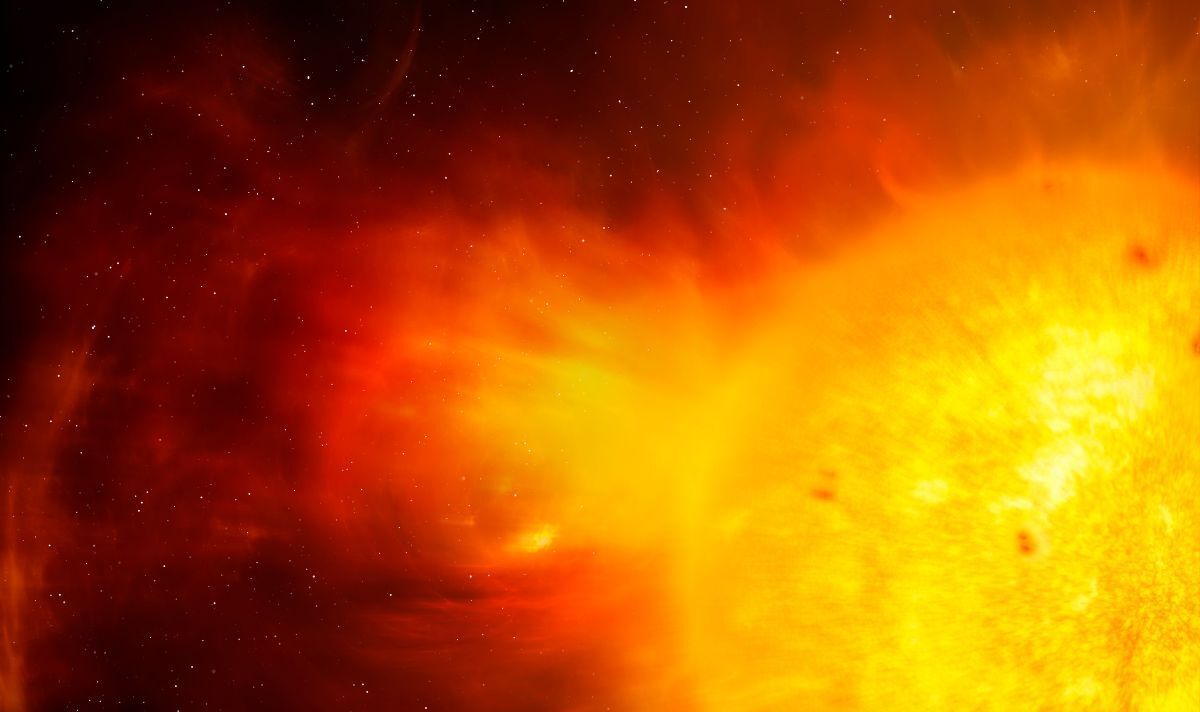 Sunspots are regions of the Sun’s surface that appear darker than their surroundings and can span hundreds of millions of miles. They are caused by magnetic disruptions in the photosphere — the lowest layer of the sun’s atmosphere — with these disturbances exposing the cooler layers of the star underneath. Solar activity tends to follow 11-year-long cycles, with solar activity in each building up to a peak, during which the star’s magnetic poles flip. This reversal is then followed by a ramping down period before the next cycle begins.

Astronomers began numbering the solar cycles in 1775 — when extensive monitoring of solar activity first began — and we are presently in Solar Cycle 25.

Cycle 25 has yet to reach its peak, meaning increasing levels of solar activity can be expected over the next couple of years until the poles flip in late 2024 or early 2025.

The massive sunspot in question at present — dubbed AR3038 — was first detected along with seven other similar blemishes on the Earth-facing side of the solar disk last week.

Between Sunday and Monday, however, AR3038 more than doubled in size — and then continued to grow over the following 48 hours.

Indeed, on Wednesday, astronomer Dr Tony Phillips of spaceweather.com said: “The fast-growing sunspot has doubled in size in only 24 hours.”

The magnetic field surrounding AR3038, he added, has the potential to blast out so-called M-class solar flares in the direction of the Earth.

Flares are grouped into five categories — A, B, C, M and then X, the strongest — and then given a number denoting the size of the phenomena.

Solar flares are triggered by a process called “magnetic reconnection”, in which the geometry of the magnetic field in the Sun’s plasma is altered.

The aurora, sometimes known as the polar lights, are natural light shows caused by the solar wind disturbing the Earth’s magnetosphere.

Charged particles — mainly electrons and protons — precipitate into and excite the Earth’s upper atmosphere, causing it to glow.

The wavy patterns that result often resemble curtains of light that follow the lines of force lines of the geomagnetic field, and usually shine in colours of green and pink.

Solar flares and other geomagnetic disturbances can cause the aurora to appear at lower latitudes than they normally would.